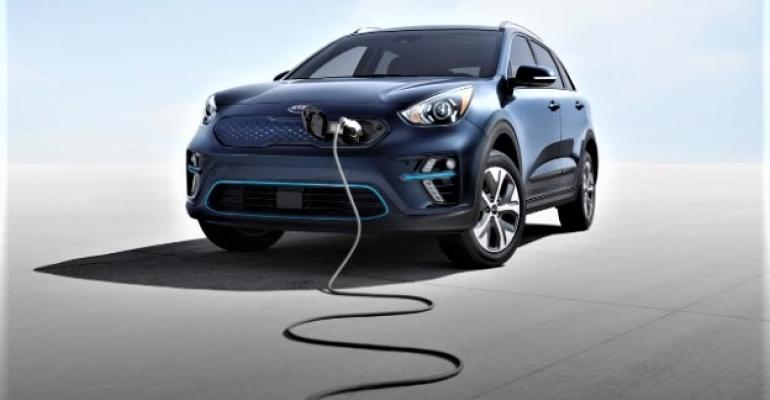 Kia
No word on whether Korea-built Kia Niro EV will also be manufactured in U.S.
Industry News

Hyundai to Build EVs in U.S. Under $7.4B Spending Plan

Hyundai and Kia will monitor market conditions and the U.S. government’s EV policy as they finalize plans to enhance their U.S. production facilities and gradually expand local EV production.

Hyundai Motor will build U.S.-made electric vehicles for American consumers starting next year as part of parent Hyundai Motor Group’s plan to invest $7.4 billion in the U.S. by 2025.

The group, which includes Kia, also will allocate part of the investment to enhancing production facilities and expand its spending on smart mobility solutions including hydrogen energy as well as electrification.

Hyundai and Kia will invest in growing their EV manufacturing footprint to scale production and satisfy U.S. market demands. The automakers will monitor market conditions and the U.S. government’s EV policy as they finalize plans to enhance their U.S. production facilities and gradually expand local EV production.

A news release from the parent company did not specify where EVs would be made in the U.S. Hyundai and Kia operate vehicle assembly plants in Montgomery, AL, and West Point, GA, respectively.

“This investment demonstrates our deep commitment to the U.S. market, our dealers and customers,” José Muñoz (pictured below, left), Hyundai Motor’s global chief operating officer and president and CEO of Hyundai Motor North America, says in a news release. “Hyundai will lead the future of mobility in the United States and around the world.”

Adds Sean Yoon, president and CEO of Kia North America: “One key element of Kia’s transformation is transitioning from internal-combustion engines to electrification. With our strategic investment in the United States to produce EV models, we are making huge strides to lead the EV market but also increase our contribution to the economies where we do business.”

Hyundai Motor Group also says it will work with the U.S. government and other business partners to expand the U.S. hydrogen energy ecosystem. The group signed a memorandum of understanding with the U.S. Department of Energy in February 2020 to cooperate in hydrogen fuel-cell technology innovation and global expansion. This included the installation of a hydrogen refueling station and providing Nexo CUVs. 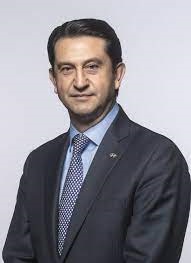 Hyundai and Cummins, a U.S.-based company specializing in advanced powertrain, are collaborating to accelerate adoption of fuel-cell electric systems in the U.S.

Hyundai Motor Group will launch a subsidiary in Washington, DC, to spearhead its Urban Air Mobility (UAM) businesses. The subsidiary will focus on creating an UAM ecosystem and revolutionizing the mobility experience.

The group describes UAM as a core technology enabling aviation without constraints on geography and time to become a more accessible means of public transportation. Specifically, Hyundai envisions personal aircraft powered by batteries.

In addition, the group has created a joint venture, Motional, in partnership with U.S. mobility technology firm Aptiv.

Focused on commercializing driverless technology, Motional has obtained the industry’s first driverless license in the state of Nevada and plans to commercialize robotaxi service in 2023 along with its partner Lyft.