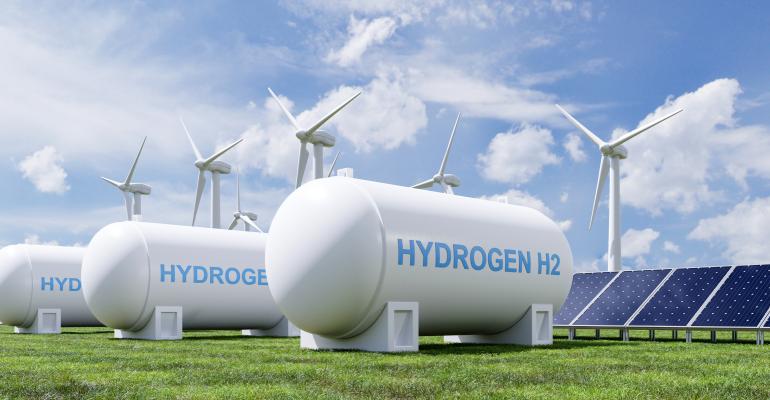 Hydrogen Economy Powering Investments in All Corners of Mobility

This year is shaping up to be a true ignition year for hydrogen as automakers, aviation companies and even fossil-fuel distributors are pushing ahead with pilots and projects with an eye toward a hydrogen economy taking hold in the next decade.

BMW announced this week that it has begun production on a test fleet of iX5 Hydrogen vehicles, the German automaker’s first production hydrogen vehicle, though it has an extensive history testing both compressed- and liquid-hydrogen-powered electric vehicles.

“We are certain that hydrogen is set to gain significantly in importance for individual mobility and therefore consider a mixture of battery and fuel-cell electric-drive systems to be a sensible approach in the long term," says Frank Weber, a BMW board member.

"Our BMW iX5 Hydrogen test fleet will allow us to gain new and valuable insights, enabling us to present customers with an attractive product range once the hydrogen economy becomes a widespread reality."

The iX5 Hydrogen (pictured, below) is based on the X5 SUV built in Spartanburg, SC. The adaptation to hydrogen takes place at BMW's pilot plant at its R&D center in Munich. The hydrogen fuel cell, when combined with an electric motor and a battery, gives the SUV a net output of 374 hp, almost as much power as the production plug-in-hybrid X5. 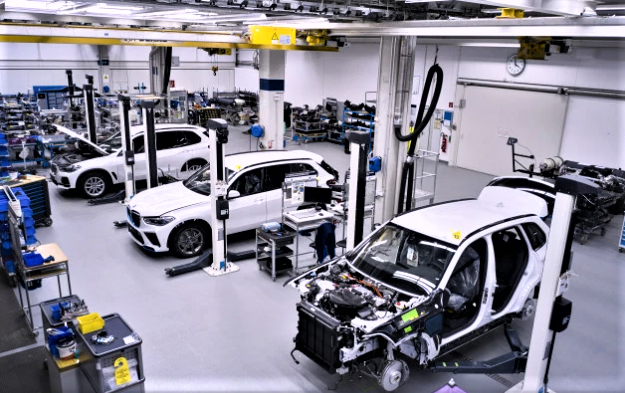 Last week, American Honda announced it is building a limited-production hydrogen fuel-cell CR-V at its manufacturing campus in Marysville, OH, and will make it available for sale in 2024.

Automakers are following mandates by the federal government and many states, led by California, to ultimately phase out gasoline-powered internal-combustion engines, as well as diesel-powered trucks.

Even Oil Companies Are Seeing Green

While oil and gas companies still are heavily invested in fossil fuels, some also are making investments in hydrogen.

BP this week said it is in the early planning stages in developing a large hydrogen hub around its Whiting, IN, refinery. Hydrogen has long been used in oil refining by heating natural gas, a process that generates significant pollution. But BP executives also say their plan is to transition the hub to create “green” hydrogen from renewable energy.

BP has quietly created a dedicated hydrogen division, led by Felipe Arbelaez, which includes 150 staff. In addition to the Indiana project, it has created large hydrogen production projects in Australia and Europe, with an eye toward investing in a large hydrogen hub in Africa.

BP says the project at Whiting initially will replace about 200,000 metric tons of gray hydrogen used annually by the refinery with blue hydrogen. The project could start operations by 2026-2027. BP says there is also an opportunity to expand the project to produce green hydrogen.

The Biden Admin. is trying to drive progress in a hydrogen economy. The Inflation Reduction Act of 2022 provides $6 billion for hydrogen hubs and offers a $3-per-kilogram tax credit for clean hydrogen, which brings green hydrogen to near-cost parity with gray and blue hydrogen.

BP officials project that hydrogen could account for at least an 8% share of global energy consumption by 2050, which would be about equal to the share that natural gas has today.

Airbus said this week that it is on track to be flight-testing a fully operational electric powertrain fueled by liquid hydrogen by 2026. The French aviation company also says it plans to have a zero-emissions passenger airliner in service by 2035. 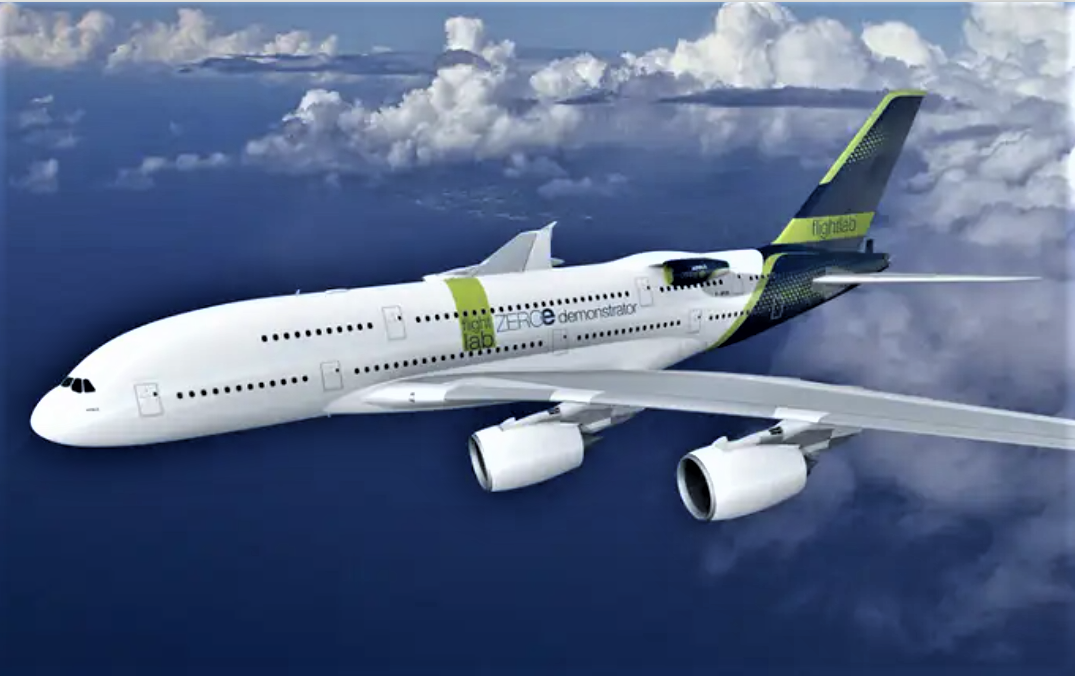 The design of the passenger plane will have liquid hydrogen tanks housed in modular “pods” under the wings where engines would normally be on a plane operating on conventional jet fuel. Each pod also will have its own fuel-cell stack, to convert gaseous hydrogen into electricity, and an electric motor to drive a propeller or electric jet.

The aircraft in question will be a full-size A380 (pictured, above). The goal is to create a zero-emissions airliner that can fly the same routes as conventional planes. Hydrogen is the logical way to go because batteries are far too heavy and bulky to carry enough energy for long-haul flights. Systems that run on gaseous hydrogen alone fall well short of the range provided by jet fuel. Liquid hydrogen, though, can carry enough energy to match jet fuel.

Hydrogen for decades had a bad reputation in terms of consumer acceptance because of the legend of the Hindenburg, a hydrogen-filled airship that famously burst into flames in 1937 in Lakehurst ,NJ. The cause of the Hindenburg fire has never been fully proved, but the damage to the reputation and potential of hydrogen as an alternative energy to fossil fuels burned up with the German airship.

It seems that potential can be restored with time.