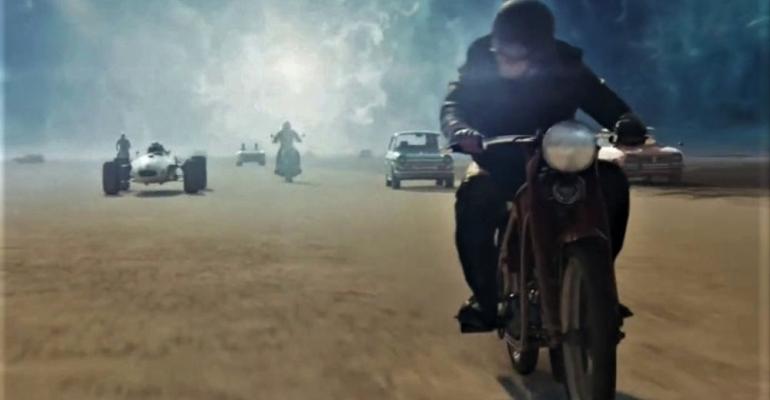 The week of Nov. 22 saw Honda’s spot, titled “The Origin of Determination,” overtake the previous week’s leader by about 6 million impressions.

Honda returns to first place in iSpot.tv’s ranking of the most-viewed automotive commercials –the ads that have generated the highest number of impressions across national broadcast and cable TV airings.

The week of Nov. 22 saw Honda’s spot, titled “The Origin of Determination,” overtake the previous week’s leader by about 6 million impressions. Although clocking in at a full minute, the ad still kept viewers engaged, according to iSpot’s Ace Metrix survey data, scoring 12% higher than the industry norm for “attention.”

Honda’s success came at a price, with an estimated national ad spend totaling twice as much as any other auto ad on the list, at $8.5 million. About $6.5 million of that total was directed at NFL games, which delivered a third of Honda’s total views for the week.

Lincoln’s “Unexpected” falls to second on the list after leading it last week. It too leaned on the NFL for views, devoting roughly half its estimated national ad spend on the sport, which delivered about 7% of its total views.

Lexus stays on the list this week, but for a different ad with a holiday-focused theme. College football and basketball delivered the views. The ad received nearly the same number of airings as Honda’s first-place spot (1,426 to 1,431) but for a quarter of the estimated national spend.

Subaru and Ram Trucks round out the list, with Subaru’s spot touting its charitable donations dominating assorted Ace Metrix scoring categories. The ad rated 16% higher than the industry norm in likability, 10.5% higher in attention and 9% higher in watchability. A whopping 46% of respondents found the ad’s message the “single best thing” about it (compared to an industry average of 9% for that option).