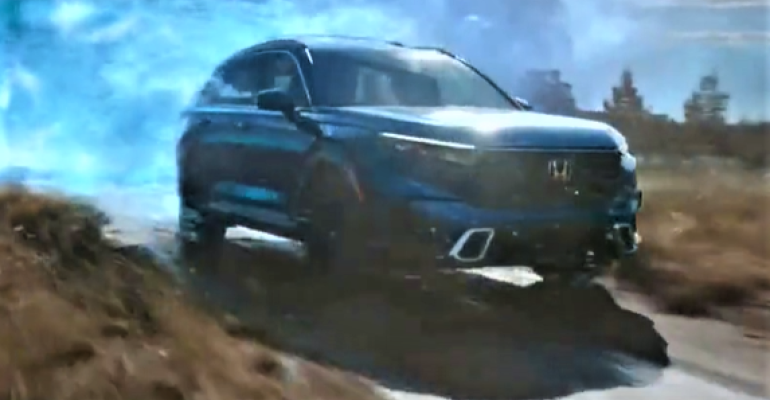 The NFL and college football helped drive the impressions for “Dream Onward,” according to iSpot.tv.

Honda’s “Dream Onward” commercial leaned heavily on football, as 58% of the spot’s TV ad impressions from Nov. 21-27 were delivered by either the NFL or college football games, iSpot.tv says. In total, the ad had nearly 267 million TV ad impressions on the week.

According to iSpot’s survey-based Creative Assessment, “Dream Onward” was 2.5% more watchable than the norm for automotive ads in the past 90 days. Survey respondents also found the spot to be “cinematic” and “upscale.”

Dodge’s “The Real Brotherhood of Muscle” utilized a variety of programs to climb to No.3 in the weekly ranking. NBC’s Thanksgiving Day Parade coverage delivered the most TV ad impressions, at 6.31%, while a higher share of impressions (20.56%) came during Wednesday programming than any other day last week. The spot also grabbed attention better than 2.2% of automaker ads in the past 90 days, according to iSpot’s Creative Assessment.

Lexus’s “Time Machine,” which spotlights the RX SUV, is fourth in the ranking.  Lexus keyed in on cable networks for TV ad impressions, with ESPN accounting for 17.2%, followed by ESPN2 (7.9%) and the Travel Channel (6.8%).

Subaru’s “Share the Love Event: Portraits of Love” completes the list of the five most-seen automaker spots. The commercial emphasizes the 15th anniversary of the brand’s “Share the Love” event, and the more than $250 million it has raised for charities over that time. Given the philanthropic angle, survey respondents found the ad to be 17% more likable than the norm for automaker ads in the past 90 days, and the spot garnered 14% more attention than the norm as well.

2. Jeep: Made for Beautiful Days

3. Dodge: The Real Brotherhood of Muscle