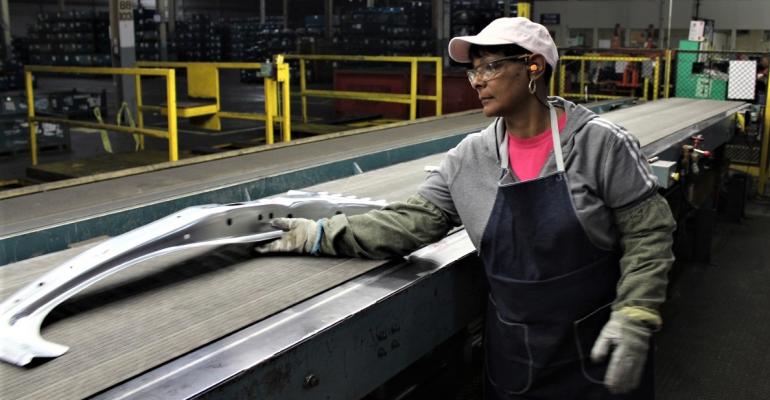 GM says the money it plans to spend in Pontiac will be used to renovate the existing facility and install new, highly flexible fabrication machinery and presses to support future electric vehicle production and various product applications.

General Motors is planning to invest $40 million in its Pontiac Stamping Plant in Pontiac, MI, which has long thought to be on the company’s list of endangered factories.

GM says the money it plans to spend in Pontiac will be used to renovate the existing facility and install new, highly flexible fabrication machinery and presses to support future electric-vehicle production and various product applications.

The plant, also called the Pontiac Metal Center, has been a longtime supplier of body panels to the GM assembly plant in nearby Orion Township, which currently builds the Chevrolet Bolt, the automaker’s best-selling EV.

Terry Dittes, United Auto Workers vice president and head of the union’s GM Dept., says: “UAW workers at Pontiac Stamping Plant have a proud history of quality work. UAW GM members are proud to be using some of the latest technology available and add some new jobs as they continue to innovate and build at this historic facility.”

GM says renovations will begin immediately. The automaker anticipates the investment will add 20 positions to the current workforce of 191 hourly and 31 salaried employees in the highly automated factory where GM also spent more than $125 million in 2015, marking a turnaround for the plant, which very nearly closed permanently during GM’s bankruptcy in 2009 but survived thanks to pressure from the UAW.

As it prepares for the future, Pontiac Stamping also will carry with it a measure of history. It is the survivor of a cluster of GM factories that once included two assembly plants, an engine plant and a foundry.

The complex, erected in the early 1920s, began production in 1926 and become the home plant for the defunct Pontiac Motor Div. in 1932. The portion occupied by the stamping plant was erected in the late 1940s during a post-World War II expansion of the complex that raised employment to more than 20,000 blue-collar workers, according to former GM employees.