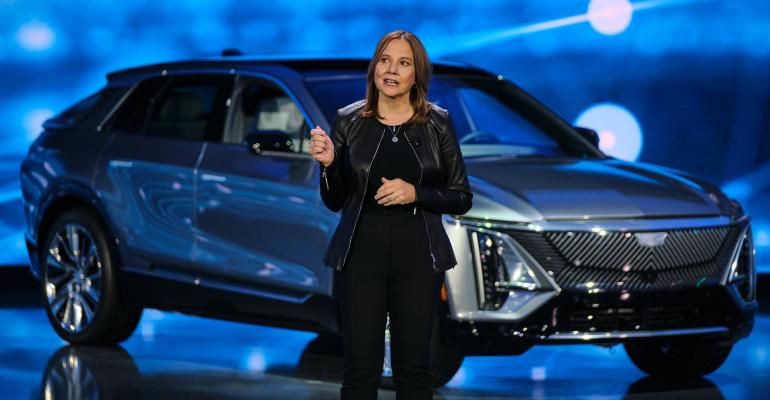 GM will continue investing in vehicles powered by internal-combustion engines, which are critical to the company’s cash flow and the financing of the transition to electric vehicles, Barra says.

General Motors is laying plans for a new assembly plant dedicated to building battery-electric trucks, according to GM Chairman and CEO Mary Barra.

Barra, speaking with analysts during a conference call to discuss GM’s third-quarter earnings, emphasizes the automaker’s commitment to being a leader in BEVs. GM is rapidly scaling up production as it rolls out Hummer BEVs from Factory Zero in Detroit and will show the Silverado BEV, which will also be built in Detroit, at the annual Consumer Electronics Show in Las Vegas in January.

GM will begin delivering the battery-electric Cadillac Lyriq from its plant in Spring Hill, TN, next spring, adds Barra, who notes the Lyriq sold out within 10 minutes after Cadillac began taking orders for the brand’s first all-electric vehicle. Barra also says GM has plans to introduce a battery-electric CUV priced at about $30,000 and an even less expensive electric vehicle as well.

GM wants to control the supply chain for its new Ultium battery and plans to build two more battery plants in the U.S. by the middle of the decade, Barra says in a letter to shareholders accompanying the automaker’s third-quarter earnings report.

Battery plants now under construction in Lordstown, OH, and Spring Hill will be ready in 2022 and 2023, respectively.

“We also want to build our own EV motors and another EV truck facility here in the U.S.,” says Barra, who promises GM will disclose more details about the plant soon.

“Next month, we’ll host the grand opening of Factory Zero in Detroit-Hamtramck, which will build the GMC Hummer EV, the Cruise Origin and the Chevrolet Silverado EV. Factory Zero, Orion (MI) Assembly, CAMI in Ontario and Spring Hill Assembly in Tennessee are the first traditional assembly plants we are converting to EV production,” Barra says in her letter to shareholders.

GM will continue investing in vehicles powered by internal-combustion engines, which are critical to the company’s cash flow and the financing of the transition to electric vehicles, the CEO says.

Meanwhile, GMC calls the new Sierra Denali Ultimate (pictured below) the most advanced and luxurious pickup in its class. Both Silverado and Sierra will offer Super Cruise with industry-first hands-free trailering and achieve a 5.8% reduction in greenhouse gas emissions, the automaker says. 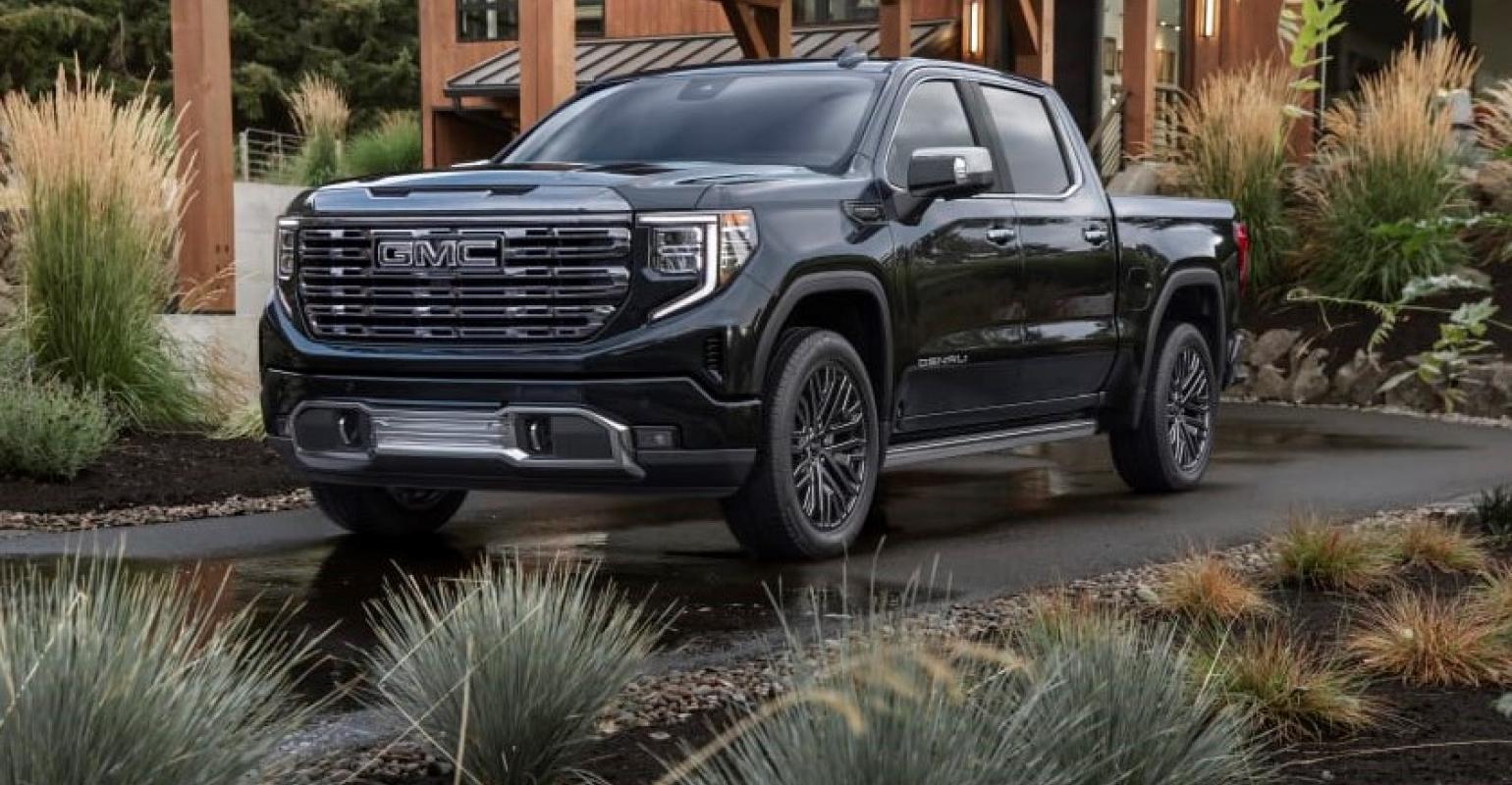 GM executives say the company’s third-quarter results demonstrate the underlying strength of its business despite difficulties with semiconductor shortages and rising commodities costs.

Paul Jacobson, chief financial officer, says GM believes the worst of the semiconductor shortages occurred during the third quarter and production of new vehicles will rebound. In addition, material costs, while generally rising, can be offset by productivity improvements and higher prices.

In the third quarter, GM’s earnings adjusted for interest and taxes were $2.9 billion, a 10.9% profit margin. The automaker gained from strong results from GM Financial and the settlement it reached with supplier and joint-venture partner LG Electronics, which helped GM cover the cost of the Chevrolet Bolt recall and the replacement of batteries in the compact BEV.

The automaker also saw $300 million in equity income from its joint ventures in China, which offset losses in other parts of GM’s International Operations, primarily in South America.

Jacobsen says GM has set its forecasts for 2022 but notes it will take several months to rebuild dealer inventories, which are at historic lows and have contributed to GM’s loss of market share this year.

However, inventories will not return to pre-pandemic levels because of the automaker’s commitment to smaller stockpiles, he says.