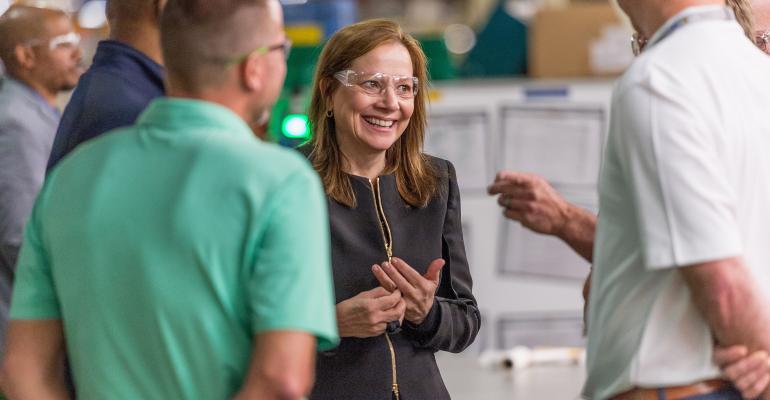 “With the battery-electric vehicles, we do have a full portfolio to cover high-volume segments. You see design and technology to back it up,” GM Chairman Mary Barra says during a conference call to discuss the automaker’s second-quarter results.

General Motors is open to changing its name if that would boost its stock price, Chairman Mary Barra says.

In response to an analyst’s question about GM’s corporate name, which dates back more than a century, Barra says she is not ruling anything out in the automaker’s ongoing efforts to enhance shareholder value.

The analyst, Adam Jonas of Morgan Stanley, notes GM, despite losing $800 million in the second quarter, posted impressive results in the face of the COVID-19 pandemic. But GM’s share price neither reflects changes within the company nor matches the share price of electric-vehicle makers such as Tesla or Rivian, he says.

In addition, the high valuation of EV companies is helping them raise relatively inexpensive capital to compete for future sales, Jonas says.

Barra, who declines to rule out a name change for the company, says GM is doing everything it can “to drive shareholder value.”

Fiat Chrysler Automobiles and PSA recently announced they plan to adopt a new name, Stellantis, reflecting a new business reality when their merger is complete at the end of this year.

The steel frame for the new battery plant near Lordstown, OH, that GM is building with its joint-venture partner LG Chem is going up this week, she says, and the automaker will unveil the new battery-electric Cadillac Lyriq (below) next week.

GM offers a glimpse of the new battery-electric Hummer from GMC, one of 14 EVs in the company’s product pipeline, Barra says, adding the Hummer is capable of meeting the off-road challenge from the new Ford Bronco and Jeep. 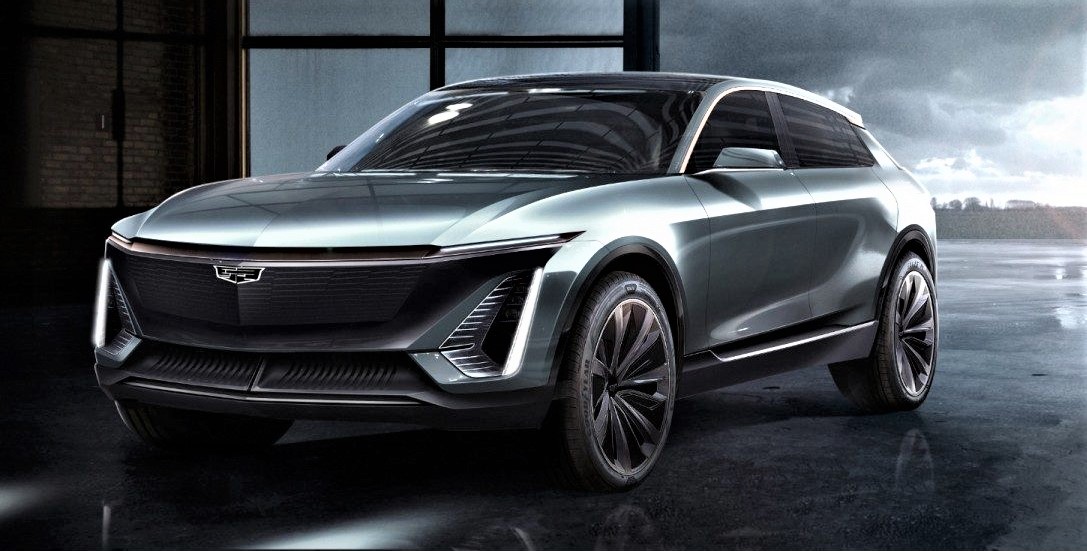 “With the battery-electric vehicles, we do have a full portfolio to cover high-volume segments. You see design and technology to back it up,” she says. “I think we have some entries in the sweet spots. We intend to get our share (of the EV market) or more.”

“We recognize we’re at a critical point,” Barra says. “We’re very focused on the technology.”

Barra also says GM intends to protect other key elements of its business such as its truck franchise.

GM is operating all its fullsize pickup and fullsize SUV plants on three shifts and will add 200 employees at its truck plant in Fort Wayne, IN, increasing production by 1,000 units per month, she says.

GM is continuing to rebuild its pickup inventory to roughly 120,000 units. Meanwhile, the average transaction price for light-duty pickups is up $1,000 and for heavy-duty pickups, $4,000.

Barra says the business environment in China, GM’s single largest market, is improving and the automaker is seeing increased sales of luxury SUVs and multipurpose vehicles. GM is preparing to roll out new electric vehicles in China, including what will be the first battery-electric Buick, she adds, noting China remains a promising market where sales will soon top 30 million units annually.

Chief Financial Officer Dhivya Suryadevara says in response to questions from analysts GM’s overall results for the second quarter, in which the company’s factories in North America were shuttered for eight of 13 weeks but still managed to nearly break even, illustrates the transformation of the business.

Some of the austerity measures GM put in place in March, such as salary deferrals, are being lifted, she says. But others, in areas such as marketing and spending on events and travel, will stay in place as GM continues looking for permanent cost efficiencies.