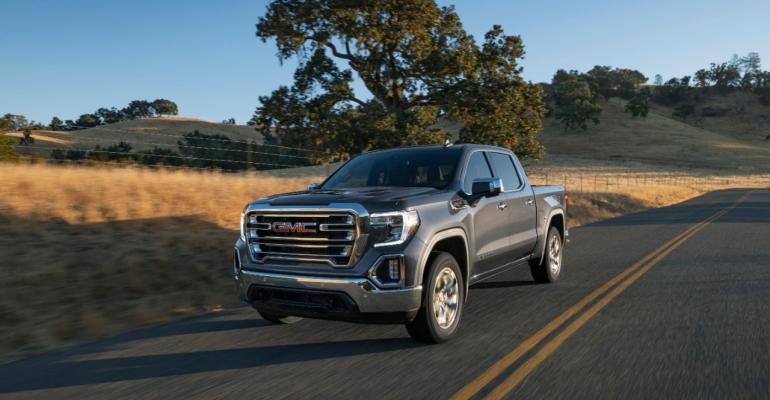 GM’s deal with the union that represents workers at its Silao, Mexico, truck plant could set the pattern for future contracts under the USMCA.

General Motors has reached a tentative agreement with an independent union on a tentative labor contract covering more than 6,000 workers at its vital truck plant in Silao, Mexico.

The union, Sindicato Independiente Nacional de Trabajadores y Trabajadoras de la Industria Automotriz, which in English is the National Independent Union for Workers in the Automotive Industry, or SINTTIA, says the tentative contract includes a pay increase beyond Mexico’s current rate of inflation.

“The new collective contract improves labor conditions on all levels,” SINTTIA says in a statement. “The agreed deal includes an economic package of salary increases and economic benefits that is above inflation.”

Mexican inflation rose 7.68% in the year through April to its highest levels since January 2001. In addition to the inflation protection, SINTTIA says the contract provides workers with profit sharing, though it disclosed no further details.

GM says the next step is for the union to present the contract to the Silao workforce under terms established by law.

“General Motors reiterates its commitment to the GM Silao workers, who have been key to the outstanding performance of the manufacturing complex for 27 years and with whom our company will continue its history in the country,” the automaker adds.

“It really is a milestone,” says Harley Shaiken, a labor expert from the University of California-Berkley, who notes the two sides were a very far apart when the negotiations began last month. SINTTIA initially asked for 19.2% raise, while GM had countered with an offer of 3.2%, which is significantly below the rate of inflation in Mexico. “It shows collective bargaining can work in Mexico,” adds Shaiken, who has studied labor movements and trade policies in Mexico and other parts of Latin America.

Shaiken notes the negotiations had become a test of the new United States-Mexico-Canada Agreement on trade negotiated by the Trump Admin. in 2020. To get the agreement through Congress, House Speaker Nancy Pelosi and House Democrats insisted on the new labor provisions that make it easier for independent unions to operate in Mexico.

The provisions aim to reduce the influence of old-line labor organizations such as CTM, which, in league with the Mexican government, worked to limit wage increases as part of a broad campaign to encourage foreign investment, according to Shaiken.

At GM’s Silao plant, the starting wage under the existing contract is $9 per day or about 60 cents more than Mexico’s minimum wage.

Thus, SINTTIA notes that in one of the major changes from when CTM represented the GM employees in Silao, workers will be provided copies of the actual contract before the vote on the contract via a secret ballot just as in the U.S. Under the old rules that enabled CTM to control labor relations in the plants, workers did not have a chance to vote on a contract, Shaiken says.

Both sides appear to have taken a pragmatic approach to the negotiations, Shaiken adds. GM, which has three other major plants in Mexico at Ramos Arizpe, Toluca and San Louis Potosi, does not want to run the risk of a strike that would hobble production of the Chevrolet and GMC pickup trucks built in Silao, he says.

SINTTIA wants to demonstrate to workers at GM’s other plants it can deliver a richer contract than CTM without a walkout, he says.

Without USMCA, pressure from the Biden Admin. and support from the AFL-CIO, the United Auto Workers and Unifor, the union representing Canadian auto workers, SINTTIA may not have reached the negotiating table.

The effort to replace the union representing workers at GM’s Silao plant began more than a year ago. However, the initial vote in April 2021 was halted when Mexican authorities uncovered cheating by CTM, which had nominally represented Silao’s workers for the past quarter century.

The Biden Admin. filed a complaint stating Mexico was not following the USMCA pact’s labor provisions, including the right to free and fair union elections. Biden’s Secretary of Labor, Marty Walsh, triggered the USMCA’s Rapid Response mechanism, which instructed U.S. customs to not let trucks from Silao into the U.S.

Walsh’s complaint led to a second vote among Silao’s workers, and with foreign observers looking on, the GM employees voted to dump the existing labor pact by wide margin.

The ban on the export of trucks from Silao was lifted, but under Mexico’s new labor law, workers in Silao had to select a union to represent them in the negotiations. In another vote in February, they selected SINTTIA over CTM. CTM mounted a rear-guard effort that opponents say was built around threats and intimidation in order to hang on to its power over the contract.

Shaiken says Silao has become a huge test case for the ability of USMCA and Mexican reforms to change the pay and working conditions in Mexico. “This really is very significant,” he says.

CTM, meanwhile, continues to lose ground. Workers at Mazda voted for new union, and just last month workers at the big automotive electronics complex belonging to Panasonic on the U.S.-Mexico border in Reynosa, Mexico, selected SINTTIA over CTM as their union representative.