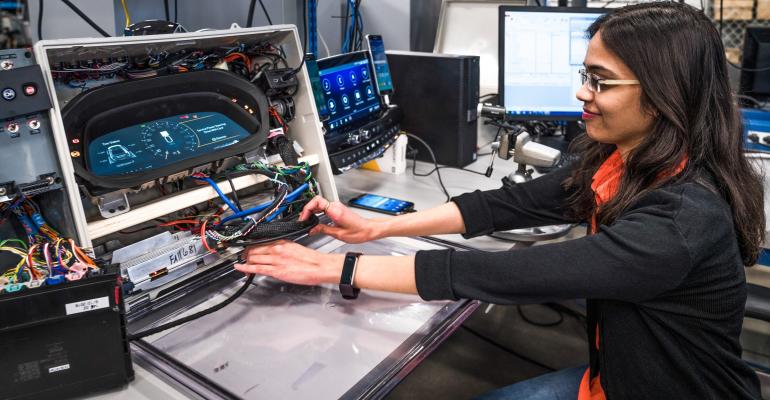 Most of the new hires, to come onboard by spring 2021, will be based in North America. The automaker is looking for electrical system engineers, controls engineers and developers for Java, Android, iOS and other platforms.

As General Motors prepares for a future of fully electrified vehicles, it is bolstering its testing capability and staffing with more software engineers, while hiring workers to assemble Ultium battery cells in Lordstown, OH.

This week’s announcement that GM will hire 3,300 new employees across engineering, design and information technology during the first quarter of 2021 comes days after the Detroit automaker said it needs more than 1,100 workers at its newly constructed 3-million-sq.-ft. (84,960-sq.-m) plant in northeast Ohio to manufacture batteries for the all-electric GMC Hummer, Cadillac Lyriq and Cruise Origin self-driving shuttle, along with other vehicles to come.

The battery plant, located near GM’s shuttered Lordstown plant that had assembled the Chevrolet Cruze compact car, is owned by Ultium Cells LLC, a joint venture with LG Chem.

In a Monday conference call, Ken Morris, GM’s vice president-Autonomous and Electric Vehicle Programs, says the automaker’s Ultium battery architecture, unveiled earlier this year, is capable of 400 miles (644 km) of range on a single charge, can be configured 19 different ways and is a flexible technology platform that can be scaled quickly for a wide range of vehicles, from performance cars to work trucks.

He says the additional 4,400 workers on both the product development and manufacturing sides of the business are crucial to managing the gradual transition from today’s internal-combustion vehicles to a future that is fully electric.

Along the way, he says GM’s century of manufacturing expertise is a huge advantage. “This is core to what we do at GM,” he tells journalists.

Besides software engineers, GM is looking for electrical system engineers, controls engineers and developers for Java, Android, iOS and other platforms.

Most GM engineers, including Morris, have been working remotely since March 13 due to the COVID-19 pandemic. Morris says engineers working at home have been extremely productive, and the 3,300 new staffers (mostly software engineers) “can completely work remotely.”

After the call, GM clarifies for Wards that most of the new engineers will be based in North America, rather than overseas. “We’ll also be adding to our software development workforce through upskilling and continuing education of our current employees,” spokesman Phil Lienert writes in an email. 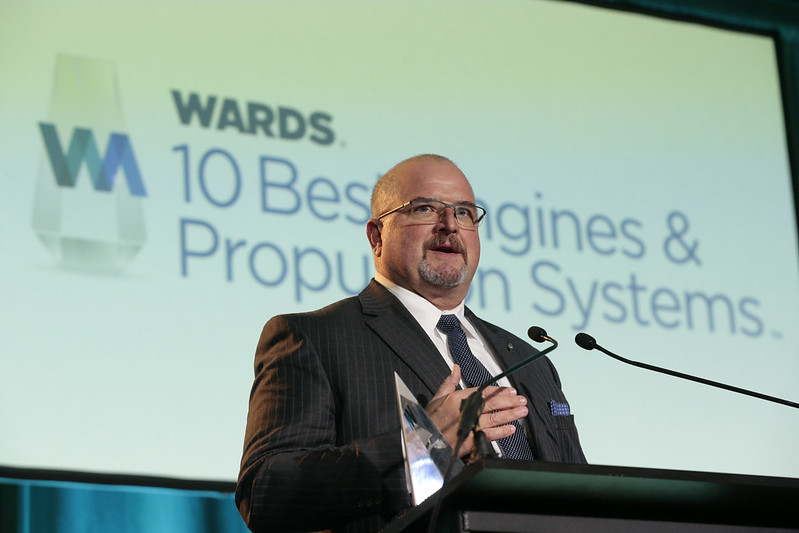 “It helps to have these critical employees based in the same or similar time zones and available for critical business travel, as needed, which is one of several reasons why we’re mostly hiring within North America,” Lienert says.

Morris (pictured, left, at this year's WardsAuto Engine & Propulsion Summit) says GM’s staffing transition began in earnest in 2018 as the company considered where it needed to devote the most engineering resources.

“We are accelerating toward an electrified future, but we’re also accelerating in the area of infotainment and vehicles are becoming more software-driven. That’s what customers want,” he says. “It’s like transitioning from way back in the era of carburetors. At some point you stop making carburetors and switch to fuel injectors.”

The company is working faster, developing the Hummer EV prototype in about 18 months, with the help of virtual reality, Morris says.

Physical testing remains necessary for product validation, but Morris says “it’s amazing what we can do today vs. five years ago…We have figured out how to do this very quickly.”

He says faster product-development capabilities have allowed GM to pull ahead two major programs “because we’re doing things more effectively than we ever have.”

The plan to onboard 3,300 new engineers comes after GM recently reorganized its powertrain operations, which were renamed Global Propulsion Systems in 2016 to embrace more electrification.

Today, GM’s powertrain and propulsion systems operations are no longer a stand-alone entity within the company, as all powertrain engineers now fall under GM’s Global Product Group.

Engineers are assigned to vehicle programs so they can be more directly aligned with product development and ensure the engine, transmission, electric motor or high-voltage battery pack are optimized for the application.

As of early this year, before the pandemic, some 3,500 powertrain staffers were located at the Global Technical Center in Warren, MI, while 1,200 engineers were based 30 minutes away in Pontiac, MI, at the Engineering Development Center on Joslyn Road, where 93 dynamometers are used for testing and validation and where engines can be mounted in gyroscopic dynamic tilt stands to be shaken while they’re running.

The vast capital investments in equipment at the Pontiac facility mean many of those engineers cannot work from home. When other GM employees will be able to resume working in physical locations depends on local and national conditions related to the pandemic. The current target is June 30, 2021.

As of earlier this year, GM said it had about 20,000 engineers in total at the Warren tech center and another 5,000 engineers at GM’s Proving Grounds in Milford, MI.