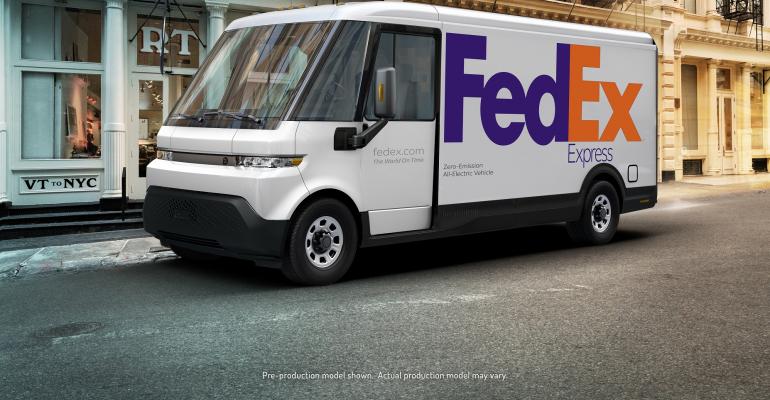 General Motors
FedEx Express is slated to be first customer of BrightDrop EV600, to be produced in Ingersoll, ON, Canada.
Industry News

GM will build electric vans for Federal Express in Ingersoll, ON, for its Bright Drop commercial vehicle venture. The Oshawa plant now being renovated will begin building fullsize pickups late this year rather than in the first part of 2022, Barra says.

Despite a semiconductor shortage that will curb the automaker’s second-quarter production, General Motors is pressing ahead with plans for electric and automated vehicles with about $10 billion in new capital spending from what is expected to be record earnings this year.

GM also plans to pull ahead the renovation of a second Canadian assembly plant in Oshawa, ON, near Toronto. The Oshawa plant will begin building fullsize pickups late this year rather than in the first part of 2022, Barra says.

Interest in an all-electric pickup, which GM expects to build at Factory Zero in Detroit, is strong among fleet and government customers who recently saw the truck during a special preview for commercial customers. “This truck will be a high-volume addition” to GM’s fleet of pickup trucks, she says.

As part of the automaker’s continuing transformation, Cruise, GM’s automated-vehicle partner, has lined up an order for 4,000 Origin AVs from the City of Dubai in the Middle East, opening a new market for GM, Barra notes.

Other cities also have inquired about following Dubai’s lead. “I am excited. There definitely is interest in other parts of the world,” she says.

The Origin AVs also will be built at GM’s Factory Zero in Detroit as part of a plan to introduce 30 new EVs across the globe by 2025. “We have great product momentum,” says Barra.

“We intend to lead on all aspects of battery production” with large format pouch-style cells, Barra says. GM’s Ultium battery platform enables 450 miles (724 km) of range on a single charge, and the new batteries will be significantly less expensive than those now used in the Chevrolet Bolt, she says.

In addition, GM is working with partners on the next generation of lithium-metal batteries that promise 40% more energy density, Barra says.

“We have 49 patents and applied for 49 more,” she says, and the new battery plant on which GM has broken ground in Spring Hill, TN, will create 1,300 new jobs. “This is just the beginning,” says Barra, adding GM’s Spring Hill assembly plant soon will build the Cadillac Lyriq EV.

While GM is not planning “any huge investments” in conventional engines, the automaker will continue to reduce the emissions of its current internal-combustion engines before they are phased out in 2035, she says.

In preparing for truck production in Oshawa, GM is installing a new body shop, big enough to occupy the equivalent to 13 acres (5 ha) as part of a $1 billion investment. It also is installing 1,200 new robots and more than 2 miles (3.2 km) of new conveyors and 300 miles (483 km) of electrical wiring, GM officials note. 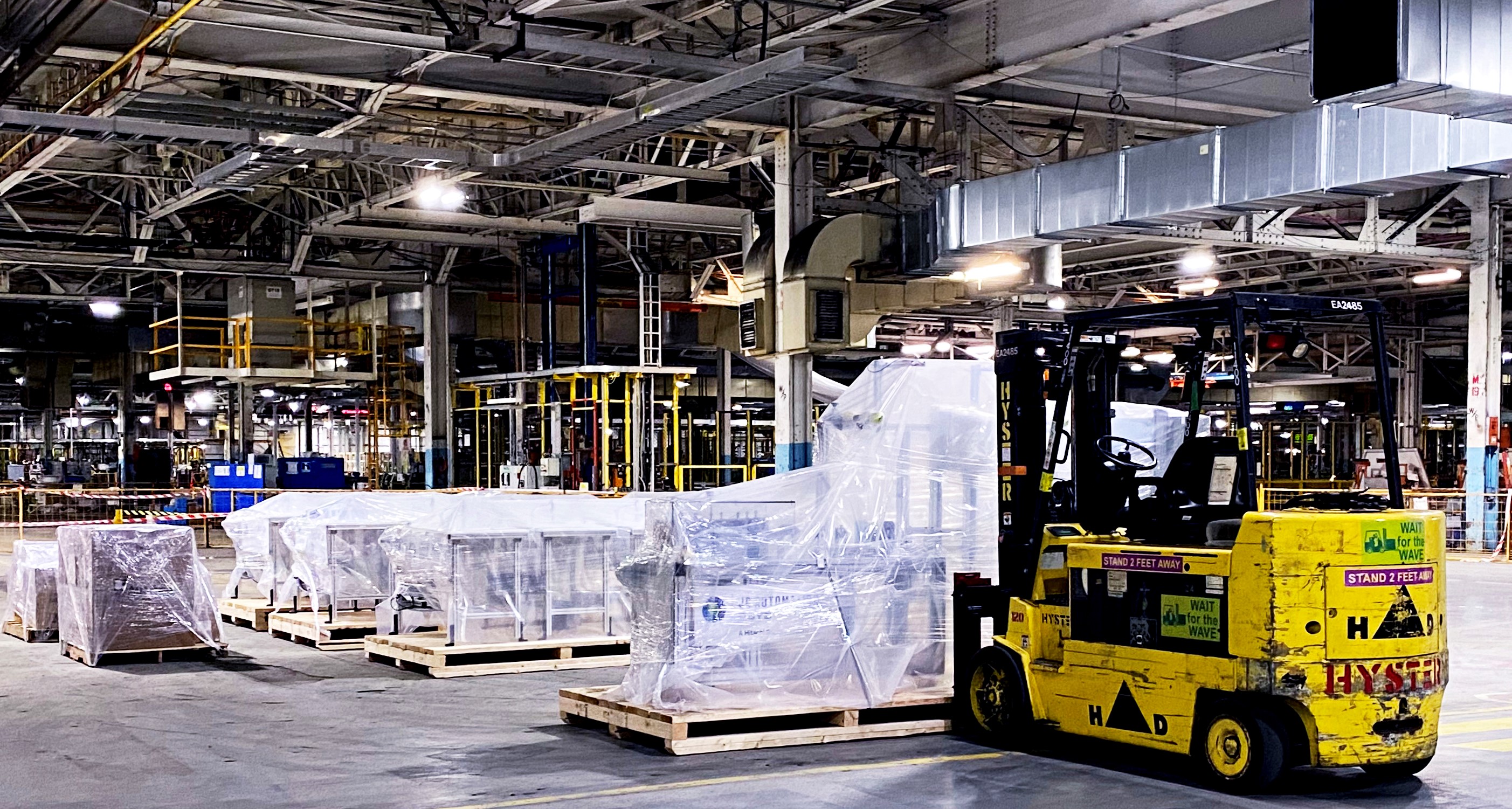 At the same time, GM will continue to juggle supplies of semiconductors.

Paul Jacobs, GM’s chief financial officer, says second-quarter production will drop significantly even though GM’s engineers have found ways to use different computer chips in some high-volume vehicles such as pickup trucks and fullsize SUVs.

Dealer inventories remain “much, much lower levels than we think is optimal,” but retailers have done a great job reassuring customers, Jacobs says.

As the semiconductor shortage eases later this year and into 2022, GM expects to rebuild inventories. GM dealers currently have 335,000 units in inventory, and GM is holding several thousand more units in storage waiting for critical components, Jacobs adds.

“I don’t think we’ll ever go back to the inventory we had pre-pandemic,” Barra says. But she notes, “There are still customers who want to drive off the lot. It will be significantly lower than it was in the past but higher than it is now.” Barra says some dealers have sent her pictures of the vacant sales lots.

GM reported net income of $3.3 billion for first quarter on revenue of $32 billion. Earnings were driven by strong pricing and mix in North America, strong credit and the residual performance at GM Financial as well as the industry recovery in China.

GM is “highly confident” in its guidance for the full year even as it works through the semiconductor shortage, says Jacobs, adding it is a very fluid and dynamic situation.