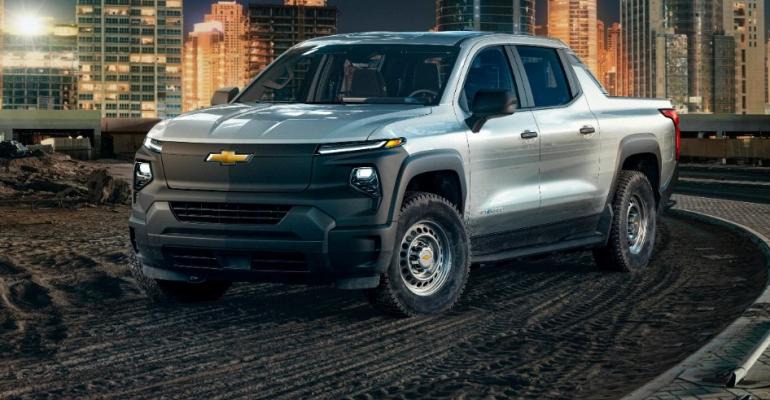 The largest investment will be at the GM assembly plant in Orion Township north of Detroit, where the automaker expects to spend $4 billion on preparations for building fullsize battery-electric pickup trucks by 2024.

The largest investment will be at the GM assembly plant in Orion Township north of Detroit, where the automaker expects to spend $4 billion on preparations for building fullsize battery-electric pickup trucks by 2024.

The automaker intends to spend $2.6 billion to construct a new Ultium Cells battery plant alongside its existing assembly plant in Delta Township west of Lansing. Both the updated Orion plant and the battery plant will be ready by 2024, according to GM executives.

GM CEO Mary Barra describes the Michigan investments as the latest step to accelerate the company’s drive to become the EV market leader in North America by 2025. The company expects to spend $35 billion on EV development by then.

“We are taking the next step in our continuous work to establish GM’s EV leadership by making investments in our vertically integrated battery production in the U.S. and our North American EV production capacity,” Barra (pictured, below left) says during the official announcement with Gov. Gretchen Whitmer and other political figures from around Michigan. 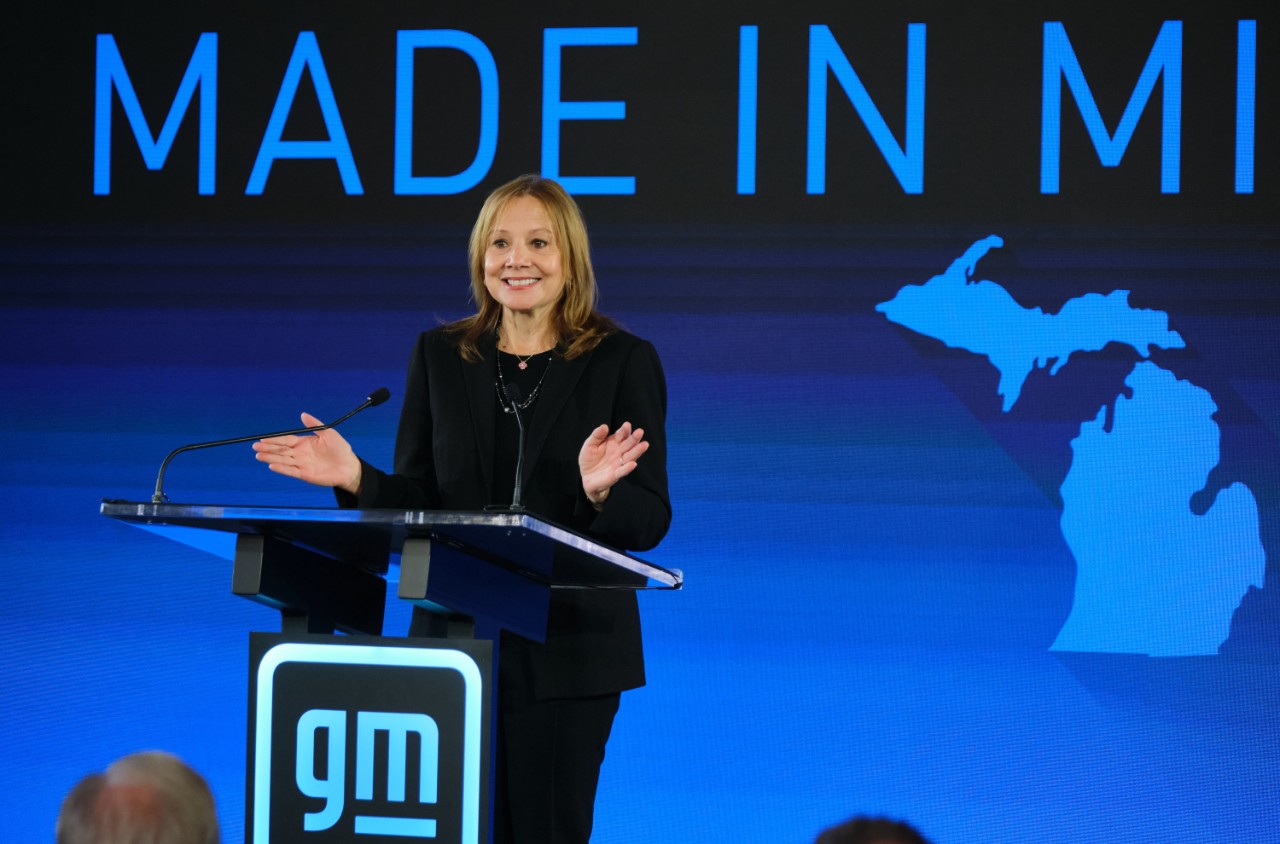 “We are building on the positive consumer response and reservations for our recent EV launches and debuts, including GMC Hummer EV, Cadillac Lyriq, Chevrolet Equinox EV and Chevrolet Silverado EV. Our plan creates the broadest EV portfolio of any automaker and further solidifies our path toward U.S. EV leadership by mid-decade,” says Barra, the principal architect of the company’s EV strategy.

The investments in Orion Assembly and Ultium Cells – the latter a joint venture between GM and LG Energy Solution –will support an increase in total fullsize battery-electric truck production capacity to 600,000 units when both Orion and Factory Zero in Detroit-Hamtramck are fully online, according to GM.

While the Orion plant is being retooled, it will continue to build the Chevrolet Bolt BEV, which has been sidelined since last summer while engineers from GM and LG Energy corrected defects in the batteries used in the vehicle. The battery in the Bolt is older than the Ultium battery GM intends to use in its pickup trucks.

GM President Mark Reuss says the trucks built at Orion and Factory Zero were designed from the ground up as BEVs.

For example, heavy-duty pickups built at the GM truck plant in Flint will continue to use powertrains with internal-combustion engines, he says.

Reuss also says GM is continuing to look for additional sites for battery plants. GM and JV partner LG Energy now have battery cell plants under construction in Lordstown, OH, and Spring Hill, TN. The company has said it could build as many as four additional battery plants in the next few years.

GM also plans to spend $510 million on upgrades to the Delta Township assembly and Lansing Grand River plants. The upgrades at Delta Township will prepare the plant for production of the next-generation Chevrolet Traverse and Buick Enclave. Lansing Grand River, one of the automaker’s oldest assembly plants where the Chevrolet Camaro (pictured, below) is built, will receive unspecified upgrades, according to GM.

GM, which also is investing $154 million in a plant in Lockport, NY, to expedite production of electric motors, says its plans call for the vertical integration of key components needed for BEVs under the automaker’s control.

Barra also stresses the shift to BEVs will be good for employees as investment announced Tuesday will protect 1,000 jobs and add another 2,350 at Orion Assembly. Another 1,700 jobs will be created at the Delta Township battery cell plant, she says.

The UAW welcomes the news.

For UAW members at the Delta Township and Grand River assembly plants the investments represent commitments to continue and expand into new technologies as the industry transitions, Curry says. In the case of the new Ultium Cells battery plant the union stands ready to welcome new members as Michigan becomes a center of BEV manufacturing, he adds. 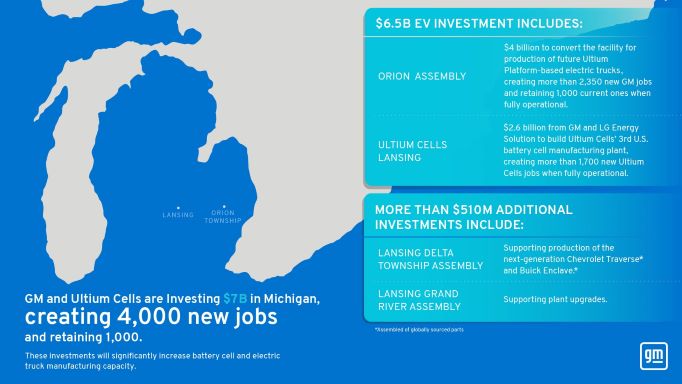