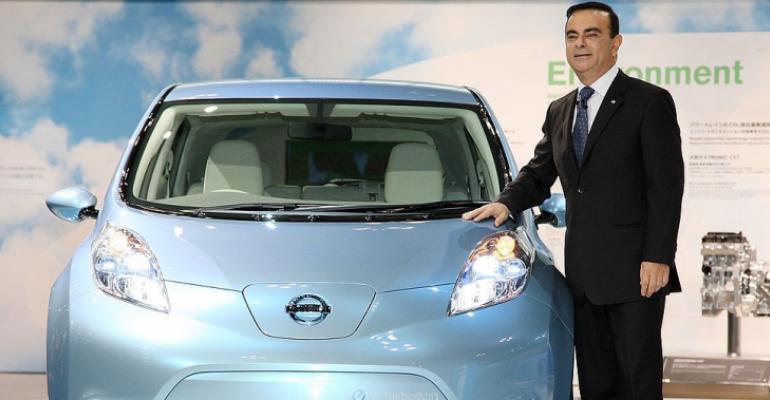 Under Ghosn, Nissan, along with Tesla, led the industry’s charge on battery-electric vehicles in 2009 – a strategy widely questioned at the time. Now the former Nissan CEO predicts the industry will go “100% electric” in the future.

It was déjà vu all over again last week with Carlos Ghosn back on center stage talking about battery-electric vehicles.

Of course, the former Nissan CEO and head of the Renault-Nissan Alliance, who currently is living in exile in Lebanon, discussed his criminal case in front of a huge audience of journalists at the Foreign Correspondents’ Club of Japan, but fresher ground was covered when he was asked about his observations on BEVs.

Meeting by way of Zoom (pictured below, left), Ghosn spoke about his early leadership role in BEVs along with Tesla CEO Elon Musk and his contention that his sudden ouster from Nissan management three years ago is a loss for Nissan and the industry as well. 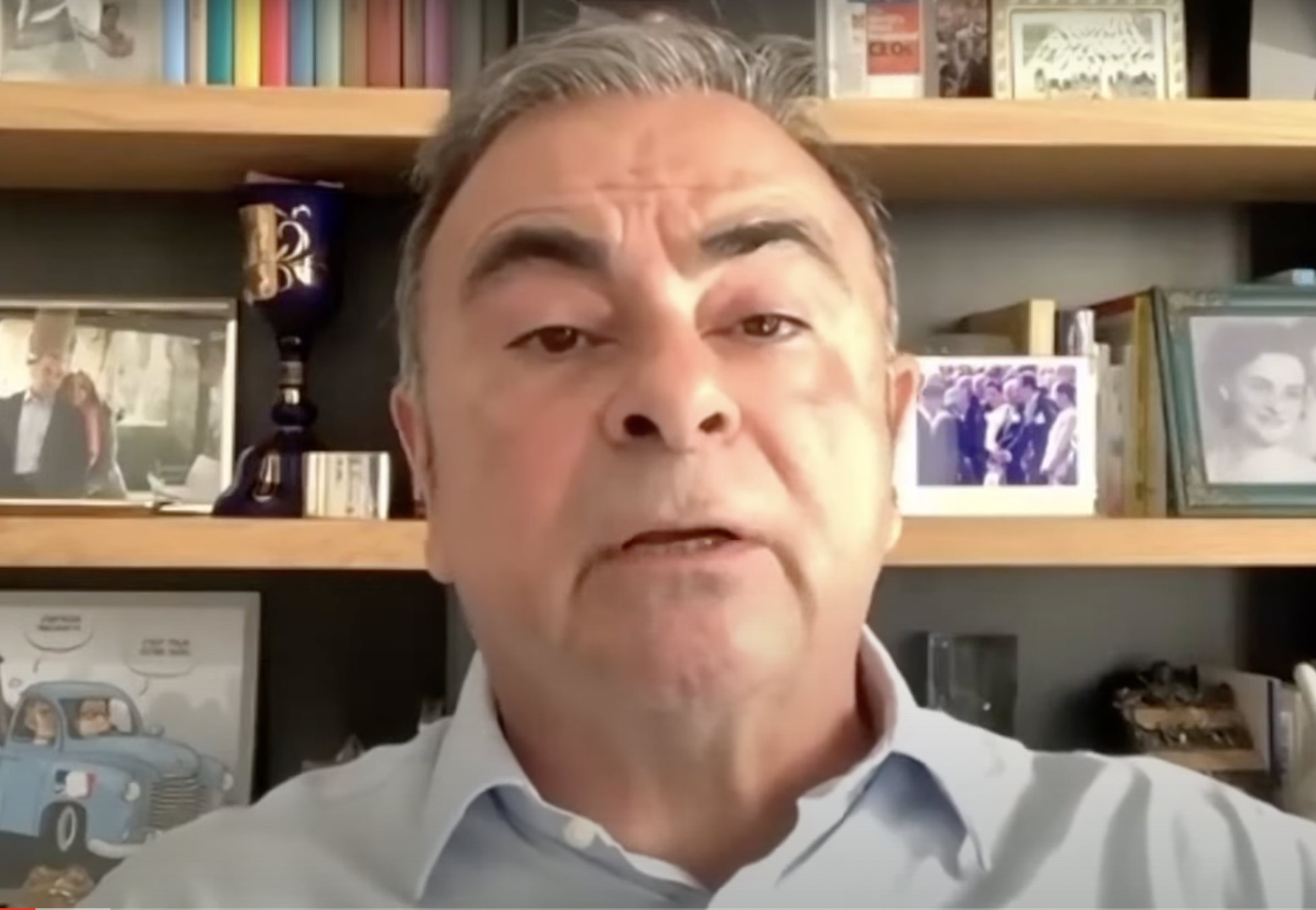 This latest press conference came 12 years after his seminal talk at the club, two days before the 2009 Tokyo Motor Show, in which he laid out Nissan’s strategic commitment to move into electric vehicles.

He had informed Nissan shareholders of the plan a year earlier in June 2008 while committing €4 billion ($4.5 billion) to bring a lineup of BEVs to the market, both by Nissan and Renault. At the time, Ghosn estimated that EVs (possibly including plug-in hybrids) would account for 10% of global car sales in 2020.

In a wide-ranging Q&A, Ghosn had this to say: