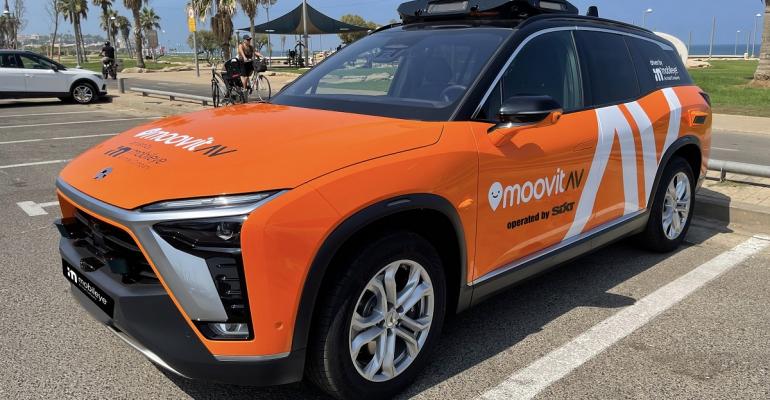 The robotaxi offering will be included in Sixt’s mobility platform ONE, which combines products for ride-hailing as well as car rental, car sharing and car subscriptions.

As mentioned in Chancellor Angela Merkel’s address to the IAA Mobility show (https://www.wardsauto.com/industry-news/merkel-pushes-german-leadership-autonomous-tech), lawmakers changed transport regulations in July to allow for Level 4 automated driving on public highways. At the same show, Sixt has promised to offer autonomous ride-hailing services on the streets of Munich in 2022.

The move is a collaboration by the Germany mobility provider with Intel and its autonomous technology subsidiary Mobileye hoping to scale driverless ride-sharing services across Germany and other European countries later this decade.

Riders will be able to access the service via the Moovit app as well as the Sixt app. The robotaxi offering will be included in Sixt’s mobility platform ONE, which combines products for ride-hailing as well as car rental, car sharing and car subscriptions.

The company’s demonstration robotaxi was displayed during co-CEO Alexander Sixt’s keynote walk-on. Mobileye also unveiled the vehicles, branded with MoovitAV and Sixt, that will be produced in volume and used for the robotaxi service in Germany. It was the first time Mobileye has publicly displayed its fully integrated self-driving system, known as Mobileye Drive, in a vehicle that will be used for commercial, driverless ride-hailing services.

Mobileye will own the robotaxi fleet used in the Munich service, while Sixt will draw upon its expertise in providing, maintaining and operating the fleet. The vehicles will include the MoovitAV service and Sixt branding once the service launches in Munich, to make it easy for customers to distinguish between traditional ride-hailing and the autonomous fleet vehicles.

Intel CEO Pat Gelsinger says: “Germany has shown global leadership toward a future of autonomous mobility by expediting crucial AV legislation. Our ability to begin robotaxi operations in Munich next year would not be possible without this new law.”