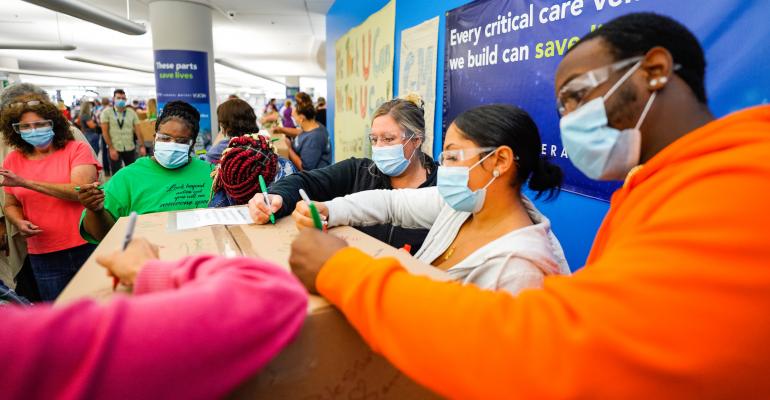 Both GM and Ford began building ventilators in March, with help from their suppliers, as the COVID-19 pandemic sent thousands of Americans to hospitals, which were short of critical equipment such as the ventilators that help the sickest patients breathe.

General Motors and Ford are ending production of medical ventilators, a project that demonstrated the auto industry’s technical skill and capability at a time when the U.S. was facing a dire emergency created by a sudden health crisis.

Both GM and Ford began building ventilators in March with help from their suppliers, as well as the medical equipment industry, as the COVID-19 pandemic sent thousands of Americans to hospitals, which were short of critical equipment such as the ventilators that help the sickest patients breathe.

President Donald Trump invoked the Defense Production Act, which allows the federal government to commandeer vital assets on behalf of the public, to ensure the automakers would act. But GM and Ford had responded even before the orders came down from the Trump Admin.

“It was inspiring to see so many people achieve so much so quickly,” says GM Chairman Mary Barra.

The administration is hailing the ventilators project as a highlight of its effort to counter the pandemic. Vice President Mike Pence visited a GM plant in Kokomo, IN, where the medical devices were produced in cooperation with Ventec Life Systems. The mask-verse Trump himself toured the Ford plant in Rawsonville, MI, where he donned a face mask especially for the visit.

The entire effort underscored the importance of the manufacturing and technical skills embedded in the auto industry, according to analysts such as Carla Bailo, president of the Center for Automotive Research. “The work the auto industry is doing simply has been outstanding.”

Dr. Suzanne Pham of Weiss Memorial Hospital in Chicago adds: “We are very grateful to Ventec Life Systems and General Motors for the critical-care ventilators we received in April.

The devices built in just one month are currently helping patients battling COVID-19, and are valuable tools enabling our medical team to save lives.

“I’m proud to say we have had many patients beat COVID-19, wean off the ventilator and safely return home.”

GM and Ventec have delivered 30,000 ventilators to the federal government.

“At the start of the COVID-19 pandemic, GM and Ventec collaborated to rapidly scale up production of critical-care ventilators,” the companies say in a statement. “In one month, the teams went from an introductory phone call to delivering life-saving technology to frontline medical heroes.

“The full federal order was completed in just 154 days, with one ventilator completed about every seven minutes.” 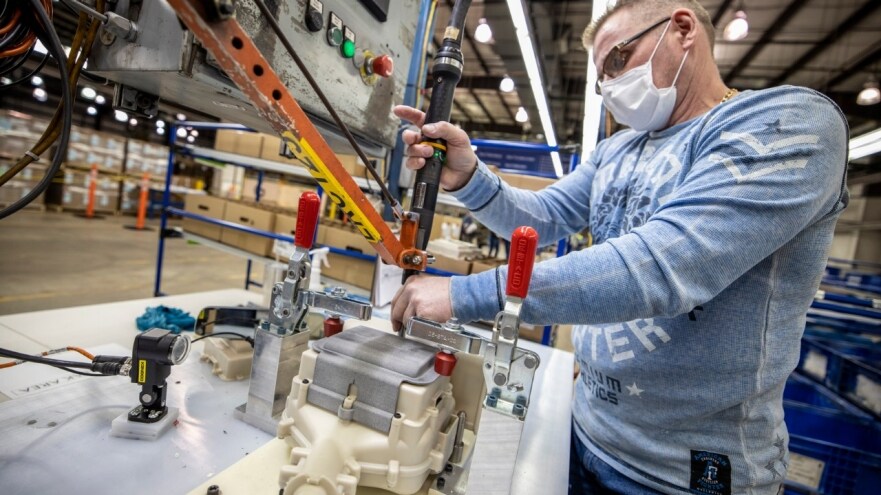 The automaker this week turned operational control of ventilator manufacturing over to Ventec, which will continue producing VOCSN multifunction critical-care ventilators in Kokomo, as well as in Bothell, WA, in response to ongoing demand during the pandemic.

The shift in operational control means the GM employees directly involved in the project will return to their previous jobs. The 800 temporary employees hired to staff the Kokomo medical equipment plant will become employees of Ventec, GM spokesman Dan Flores says.

Ford, meanwhile, has shipped the last of 50,000 ventilators to the Department of Health and Human Services “thanks to our incredible UAW and GE Healthcare partners,” Ford spokeswoman Rachel McCleery says.

“We will continue to look for ways to address the needs of our communities and workforce as the COVID-19 pandemic continues,” she says.

Brian Rothenberg, a spokesman for the UAW, which helped create the safety protocols used to protect workers as they made ventilators at GM and Ford, says Ventec has agreed to honor the UAW-GM contract under which the employees in Kokomo were hired as the Kokomo plant continues to operate.