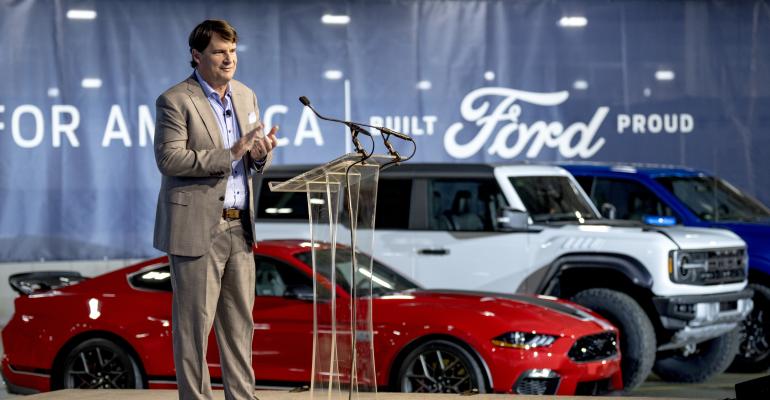 Ford says every vehicle it produces in Michigan will be assembled with the equivalent of 100% carbon-free electricity by 2025, 10 years earlier than the automaker’s global target.

Ford will use clean energy, mostly from solar panels, to power its operations in Southeast Michigan under an agreement with DTE Energy.

Ford says that under the agreement, by 2025 every Ford vehicle produced in Michigan will be assembled with the equivalent of 100% carbon-free electricity, 10 years earlier than the automaker’s global target.

“This unprecedented agreement is all about a greener and brighter future for Ford and for Michigan,” CEO Jim Farley says during an event at Ford’s Wayne Assembly Plant in Wayne, MI.

“Today is an example of what it looks like to lead (and) turn talk into action,” he says, noting Ford plans to ensure even vehicles with gasoline engines are made with carbon-neutral clean energy.

Farley says Ford’s purchase of clean energy is a strategic investment in Michigan through DTE’s MIGreenPower program and is the largest renewable energy purchase from a utility ever made in the U.S. The utility will add 650 megawatts of new solar-energy capacity for Ford in Michigan by 2025.

Ford has experimented with solar power in the past. The automaker built a 500-kilowatt solar array on four acres (1.6 ha) of parking lot next to Wayne Assembly in 2009. The new purchase agreement calls for Ford to buy 1,300 times the power produced by the original array installed at the suburban Detroit plant.

It will be up to DTE to find the sites for the new solar array, says George Andraos, Ford director of energy.

Since 2009, Detroit-based DTE’s investments in renewable energy have created more than 4,000 Michigan jobs, the utility says. DTE estimates the construction of the solar arrays will create 250 temporary jobs and 10 permanent jobs.

According to Solar Energy Industries Assn. data, once installed, the Ford arrays will increase the total amount of installed solar energy in Michigan by nearly 70%.

“We want to congratulate Ford Motor Company for its environmental leadership and commitment to clean energy,” says Jerry Norcia, DTE Energy chairman and CEO. “Ford was the first large industrial customer to enroll in our MIGreenPower program in 2019 and we thank Ford for its continued commitment to using MIGreenPower to help decarbonize its operations and meet its sustainability goals.”

Other automakers have been investing in renewable energy as well. Stellantis says it expects the new battery plant it is building with Samsung in Kokomo, IN, will be powered by an 800-acre (324-ha) solar array operated by Duke Energy.

Rob Threlkeld, GM senior manager-energy strategy and grid decarbonization, says: “Our collaboration with Consumers Energy brings us closer to our target of sourcing 100% renewable energy in the U.S. by 2025 and will advance our local Michigan communities’ transition to a clean grid.”

Volkswagen of America maintains a 33-acre (13-ha) solar array (pictured, below) next to its plant in Chattanooga, TN, to help power its factory, which is now building its first electric models. 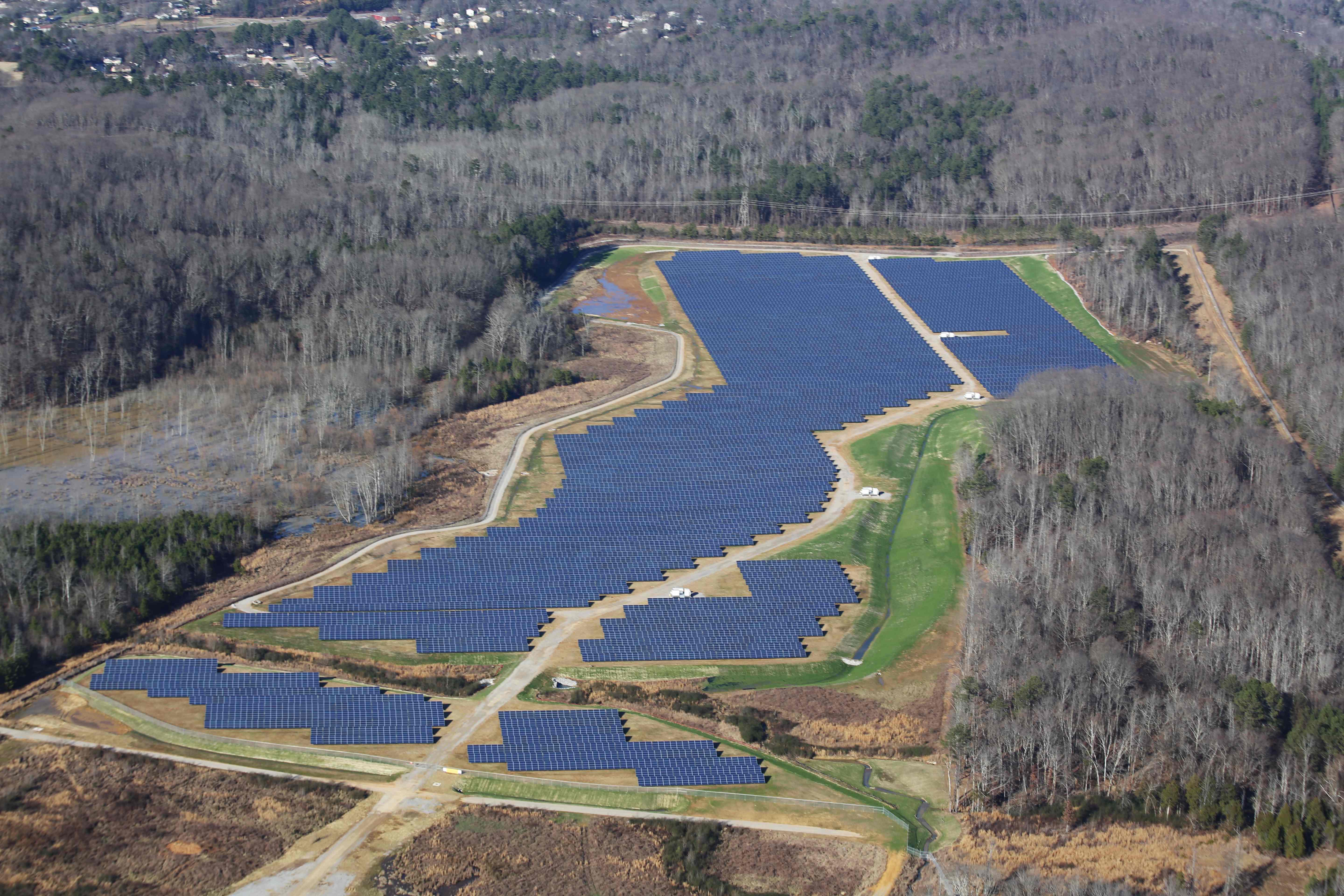