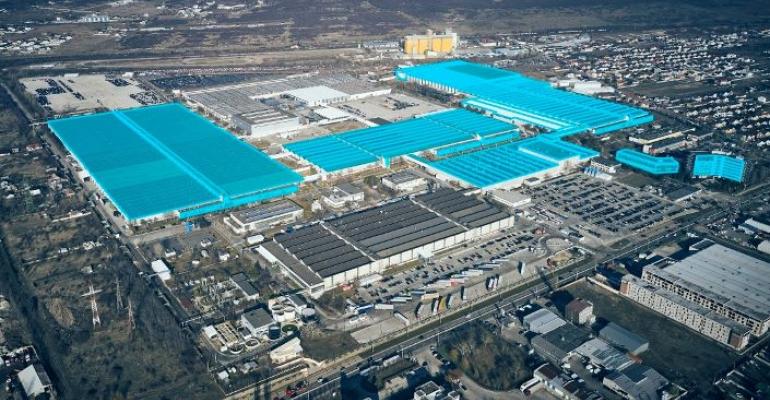 Ford hopes to boost its European commercial EV production capability with the transfer of ownership of its Romanian plant to the joint venture Ford Otosan.

The JV, between Ford and Turkey’s Koç Holding, is one of the automotive world’s longest-running jointly owned entities. It is expected to combine the Craiova plant’s production power with Ford Otosan’s extensive experience in commercial vehicle design, engineering and manufacturing.

Ford Otosan also announced it plans to invest €490 million ($506 million) in the plant over the next three years to expand production. The next-generation Transit Courier, including the van and combi models designed and engineered by Ford Otosan, will be produced in Craiova and launched in 2023, while all‑electric versions will start production in 2024.

Ford Otosan will continue producing Ford’s best-selling European passenger vehicle, the Puma, at the Craiova facility and will start building an all-electric Ford Puma in 2024.

Ford officially took over the facility in Craiova 14 years ago, investing $2 billion and transforming it into a leading-edge manufacturing site. This agreement should strengthen Ford Otosan’s position as Europe’s largest CV producer. With the addition of the Craiova plant, the JV’s total annual production capacity will exceed 900,000 vehicles.

Stuart Rowley, chair of Ford of Europe, says, “Ford is leveraging strategic partnerships to better utilize resources by sharing investments and benefiting from a wider pool of expertise, thereby boosting its electric- and commercial-vehicle capacity in Europe.”