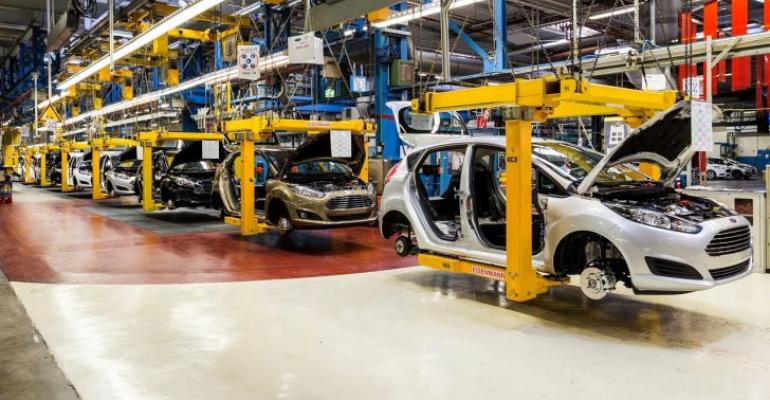 The U.S. automaker says that by mid-2026, all of its passenger-vehicle range on the continent will be zero-emissions capable, either battery-electric or plug-in hybrid.

Ford has pledged to produce only all-electric passenger vehicles for the European market by 2030, echoing a similar commitment made by the Jaguar brand this week.

The U.S. automaker says that by mid-2026, all of its passenger-vehicle range on the continent will be zero-emissions capable, either battery-electric or plug-in hybrid.

Ford also says its entire commercial-vehicle range will be zero-emissions capable by 2024, forming two-thirds of expected CV sales by 2030.

Ford claims it will return to profitability in Europe in the fourth quarter of 2020 and will invest at least $22 billion globally in electrification through 2025, nearly twice the company’s previous EV investment plans.

Heading up Ford’s electrification strategy is a new $1 billion investment in modernizing its vehicle assembly facility in Cologne, Germany, the home of Ford of Europe. The investment is meant to transform the existing assembly operations into the Ford Cologne Electrification Center for the manufacture of electric vehicles, its first such facility in Europe.

Ford also confirms its first European-built, volume all-electric passenger vehicle will be produced at the facility from 2023, with the possibility of a second all-electric vehicle being built there under consideration.

Stuart Rowley, president-Ford of Europe, says: “Our announcement today to transform our Cologne facility, the home of our operations in Germany for 90 years, is one of the most significant Ford has made in over a generation.”