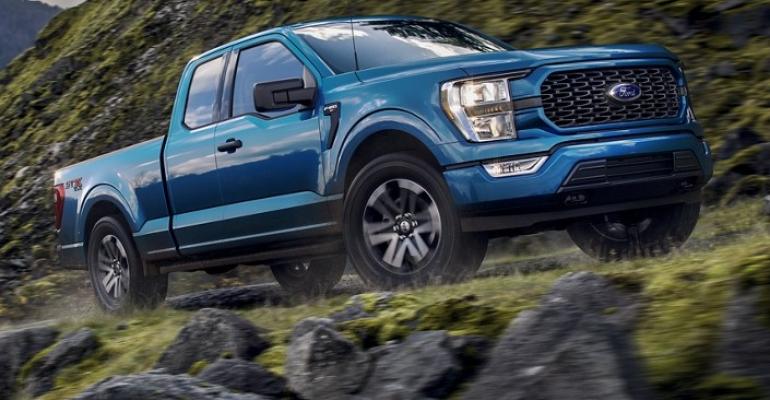 Ford reports better-than-expected results for the second quarter: a net profit of $1.1 billion, which includes a $3.5 billion gain on the automaker’s investment in Argo AI as part of an autonomous-driving technology alliance between Ford and Volkswagen.

However, Ford also says it expects an adjusted pretax loss for full-year 2020, partly because COVID-19-related shutdowns in the second quarter delayed launch costs for the redesigned F-150 pickup into the fourth quarter.

Like other automakers, Ford closed its plants in North America for six weeks in the second quarter as the COVID-19 pandemic spread. Despite the shutdowns, and not counting the Argo gain, Ford had a smaller-than-expected adjusted pretax loss of $1.9 billion for the second quarter.

Ford had predicted after the end of the first quarter, and after the coronavirus hit, that it could lose up to $5 billion in adjusted pretax income in the second quarter. Chief financial officer Tim Stone attributes the smaller-than-expected loss to cost reductions including cutting jobs in Europe, suspending production due to the pandemic, lower marketing costs and eliminating discretionary spending.

For the second quarter, Ford reports wholesale deliveries of 645,000 units. That was about 800,000 units, or 55% lower, than the company’s earlier expectations, Stone says.

Stone won’t put a specific number on launch costs for the new F-150, other than to say they exceed the $600 million in UAW bonuses paid out in the fourth quarter of 2019.

Ford says it now expects an adjusted pretax loss of $500 million to $1.5 billion for the third quarter; and unspecified pretax losses for both the fourth quarter and full-year 2020.

After fourth-quarter 2019, Ford’s original guidance for full-year 2020 was adjusted pretax income of $5.6 billion to $6.6 billion.

Ford’s new earnings guidance comes with a significant asterisk: “Our guidance assumes no material change to the current economic environment, continued steady improvement in the stability of the global automotive supply base and no further significant COVID-related disruptions to production or distribution.”