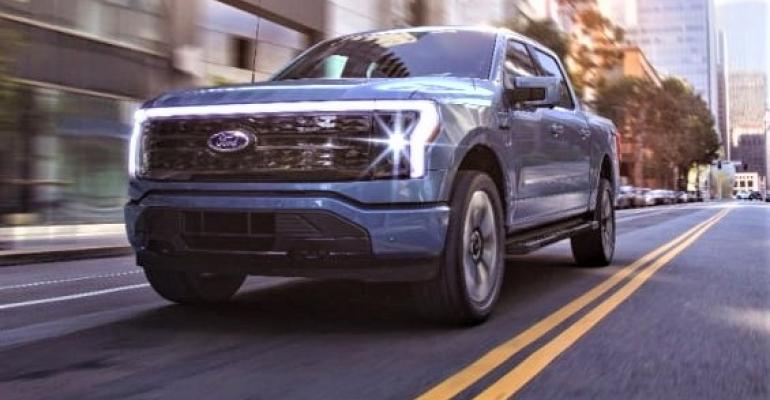 CEO Jim Farley says the advantage Ford has over its rivals, including Tesla, is its well-established skills in manufacturing and engineering.

Automakers, if they want to survive, must learn to make money in a market where fewer customers can afford a new vehicle by keeping a tight grip on costs and demanding dealers follow strict rules while pushing into areas such as shared mobility, Ford CEO Jim Farley says.

Speaking during a conference organized by Bernstein Research, Farley says Ford’s dedication to electric vehicles, its skill at manufacturing and the broad reach of its dealer network give the company an edge over its rivals.

Going forward, he says dealers will be more specialized.

The move away from dealerships with extensive inventories of cars should save Ford money, Farley (pictured, below left) says. The current inventory-heavy distribution model adds about $2,000 per car to Ford’s operating costs compared to Tesla, which started with a clean-sheet approach. 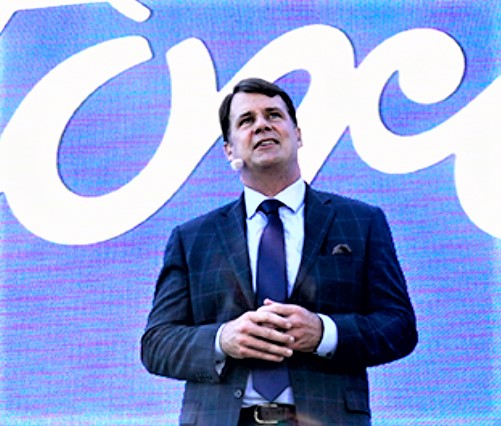 "Our model is messed up,” the CEO says. “We spend $600 or $700 on the vehicle to promote it and we spend nothing post-warranty on the customer experience. The problem is, on the parts business, which historically has been very profitable, only 10% or 20% of the customers come back to us.

“It's kind of like what happened between Amazon and Target,” Farley continues. “Target could have gone away, but they didn't. They bolted on an e-commerce platform and then they used their physical store to add groceries and…make returns, really, much easier than Amazon. They used their expertise as a physical retailer to their advantage, but they modernized the e-commerce piece so it would be really easy to do business with them.

“It's exactly what we have to do on the retail side,” Farley says. “We’ve got to go to non-negotiated price. We've got to go to a 100% online (retail model where) the vehicle – there is no inventory – goes directly to the customer, and 100% remote pickup and delivery, but then we have this opportunity to use our physical presence to outperform” competitors.

Farley doesn't see the point in advertising a car that's already sold out, e.g., the F-150 Lightning battery-electric pickup. “If you ever see Ford Motor Co. doing a Super Bowl ad on our electric vehicles, sell the stock,” he says.

Ford will continue to restructure its internal-combustion-engine business and reduce its promotional budget but spend more after the sale to build customer loyalty.

“Then we have this opportunity to use our physical presence to outperform (competitors). I think our dealers can do it. But the standards are going to be brutal. They’re going to be very different than they are today,” Farley says.

Ford also will spend less on making changes to the vehicle’s physical properties and spend more on updating the software, opening up new sources of revenue for the company while reducing capital spending.

Farley says the advantage Ford has over its rivals, including Tesla, is its well-established skills in manufacturing and engineering.

“Right now, we’re in the final engineering of the real heart of our engineering for the advanced-electric-architecture, fully-updatable vehicle as well as the second generation – the next group of models that will be built in completely modern facilities with radically lower labor” costs, he adds.

Farley says the coming innovations include smaller batteries and other optimization.