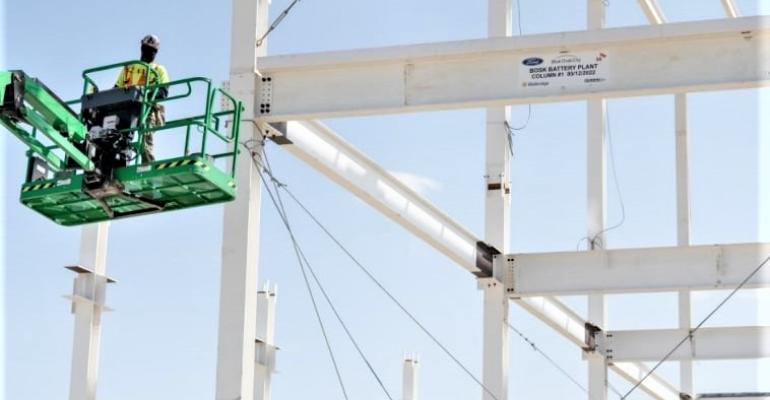 BlueOval City will assemble an all-electric pickup truck, likely branded as an F-Series. SK On, will manufacture EV batteries for Ford and Lincoln vehicles at a separate plant within the complex.

BlueOval City will assemble an all-electric pickup truck, likely branded as an F-Series. SK On, will manufacture EV batteries for Ford and Lincoln vehicles at a separate plant within the complex.

The official groundbreaking for the new complex comes less than a year after Ford announced what it described as the most advanced auto production complex in the company’s long history. 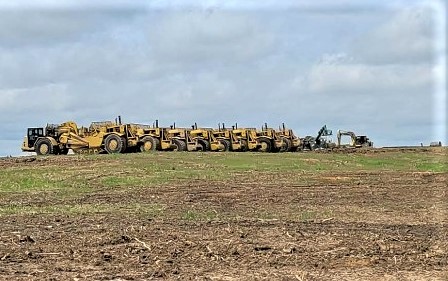 “We are building the future right here in West Tennessee,” says Eric Grubb, Ford’s director of new footprint construction. “This facility is the blueprint for Ford’s future manufacturing facilities and will enable Ford to help lead America’s shift to electric vehicles.”

With structural steel now going up at BlueOval City, Ford, which is now the second-largest electric-vehicle brand in the U.S. behind Tesla, moves closer to its global target of a 2 million-unit EV production run rate by late 2026.

Significant progress has been made since March, when Ford and its construction partners began preparing the land for construction of the 6-sq.-m (15.5-sq.-km) campus set aside for the project.

Work crews are installing more than 4,600 deep foundations, which include enough steel to reach a height equal to approximately 176 Eiffel Towers when laid end to end.

Ford is engaging with communities in West Tennessee, including through live-streamed discussions and collaborative projects about the impact of the project on area residents and the environment.

As the BlueOval City project moves ahead, Ford is giving senior executives new assignments to accelerate plans for growth and value creation.

Both Drake and Gray report to Field, as does Anthony Lo, Ford’s chief design officer.

“As we enter an intense period of execution for Ford Model e (the automaker’s dedicated EV division) and our $50 billion investment in breakthrough electric and digital vehicles, Doug, Lisa and Chuck are taking on larger roles and building out very capable teams,” Ford President and CEO Jim Farley says.

“Developing and scaling the next generation of electric and software-defined vehicles requires a different focus and mix of talent from the accomplished Ford team and many exciting new colleagues joining our company,” he says.