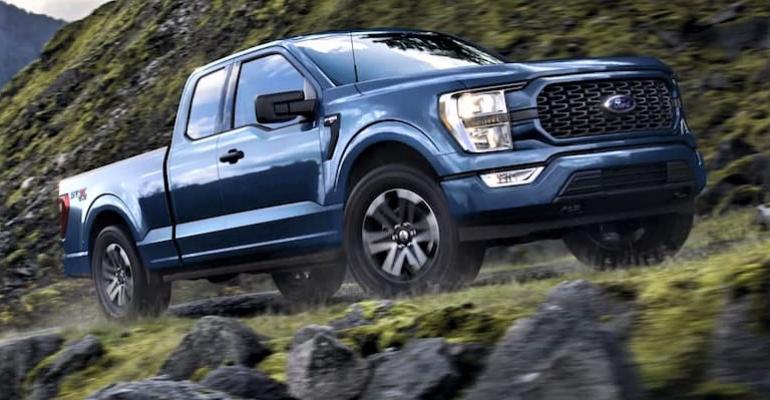 F-150 pickup truck was No.2-selling light vehicle in U.S. in May.
Industry News

Ford Bent But Not Broken by Economic Headwinds, CFO Says

Chief financial officer John Lawler says Ford is keeping a close watch on rising materials costs while looking at ways to reduce the product-development costs and capital expenditures needed to sustain the business.

With the threat of recession hanging over the U.S. economy, Ford is looking at various scenarios on how the future might play out, but so far it sees no cause for alarm even as inflation puts greater pressure on the company’s operations, says John Lawler, chief financial officer.

Lawler says Ford is keeping a close watch on rising materials costs but also is looking at ways to reduce the product-development costs and capital expenditures needed to sustain the business as well as spending on advertising.

“We’re looking at all kinds of data,” Lawler (pictured, below left) tells investors during a conference organized by Deutsche Bank. “We’re looking for every indication and every data point we can to get a read on where the consumer is, where they’re headed, given everything that we see out there, the inflationary pressures, the economic issues, et cetera.”

However, consumer demand remains strong: “Our order bank is still very robust. We have over 300,000 orders across many of our vehicles. And so, we’re continuing to see strength there,” Lawler says.

Average transaction prices also are holding steady, he adds. “We’ve been able to see the pricing offset by the headwinds we’ve seen from commodities (prices) and other inflationary pressures,” Lawler says.

The executive says Ford’s financial staff is watching for shifts in used-car prices as a leading indicator of economic change.

“With gas prices being so high back in 2008, we saw a significant mix shift. We haven’t seen that (recently). So, we started looking at used-car prices for large vehicles – trucks and large SUVs. We’re not seeing prices collapse there, either.”

As production volumes and sales increase in the future, Ford expects some increase in incentives, Lawler says.

“When you look at Ford Blue (the automaker’s division dedicated to internal-combustion vehicles), we’re working towards $3 billion of cost reductions, structural cost reductions by 2026. Part of that’s going to come through simplification, complexity reductions, the best parts to design to engineer to put together,” he says.

Reducing complexity, particularly the number of options offered to consumers, will drive efficiencies in manufacturing, product development and capital spending, the CFO says.

“Advertising and promotions, that’s an area where we think there’s a significant ability for efficiencies which we’re driving through, given the amount we spend,” Lawler says. “We’re going to have selling expenses (that are) going to come down as you don’t have the inventories out there.”

“So, we’re looking at driving efficiencies…through complexity reduction and simplification. That will also, as we simplify the vehicle, allow us to reduce warranty costs. It all builds on each other.”

Ford also is looking at ways to make Model e, its fledgling electric-vehicles business, more efficient. That includes using fewer dealers, who will operate under strict new standards as they sell EVs in the future, Lawler says without offering specifics.

One thing Ford is focusing on, he adds, is the amount of power an EV uses: “We’re designing (EVs) to minimize the number of kilowatts to get the range and the performance that we need. And as we do that, we can reduce the size of the battery and we can take significant costs out.”