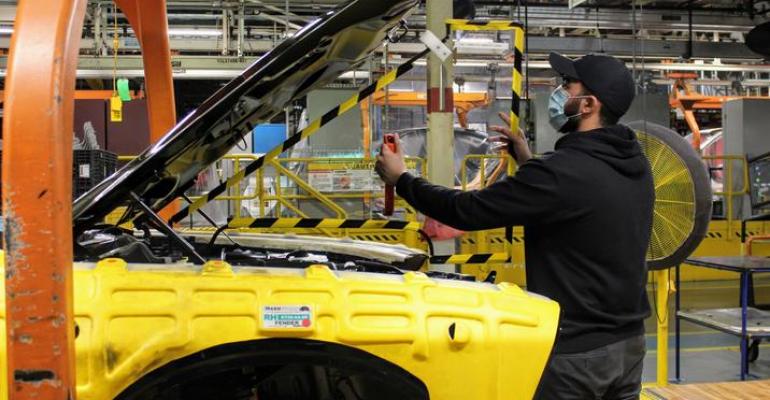 Unifor President Jerry Dias says the tentative agreement “solidifies FCA’s footprint in Canada” and he expects employment at the company’s Canadian operations will expand over the next three years.

Fiat Chrysler Automobiles agrees to invest C$1.3 billion to C$1.5 billion ($982 million to $1.1 billion) in the company’s  Windsor, ON, Canada, assembly plant and commit new products to the assembly plant in Brampton, ON, and a casting plant in Etobicoke, ON, under a tentative labor agreement with Unifor, the union representing auto workers in Canada.

FCA Canada confirms in a statement that the company has reached a tentative deal with Unifor but is withholding further comment.

Unifor President Jerry Dias says the tentative agreement “solidifies FCA’s footprint in Canada” and he expects employment at the company’s Canadian operations will expand over the next three years. “It’s the best economic agreement we’ve put in the last 20 to 25 years,” Dias says. “It wasn’t just about wages. It was about benefits as well.”

Details of the proposed pact will be presented to Unifor members during a series of virtual ratification meetings over the weekend. Members will conduct a ratification vote over a 24-hour period, starting at 10 a.m. EDT Sunday.

The agreement calls for the introduction of a new family of plug-in hybrids and battery-electric vehicles at FCA’s Windsor Assembly plant (below), Dias tells reporters following announcement of the settlement.

“We knew we would have tremendous challenges,” Dias says of the talks with FCA, which followed the ratification last month of a pattern-setting agreement with Ford Canada.

“Fifteen hundred of our members lost their jobs in Windsor this past summer. We still have 425 members on layoffs after retirements and buyouts, and it is quite likely there will be more layoffs” if consumer demand for the Windsor-built Chrysler Pacifica and Dodge Voyager drops, he says. 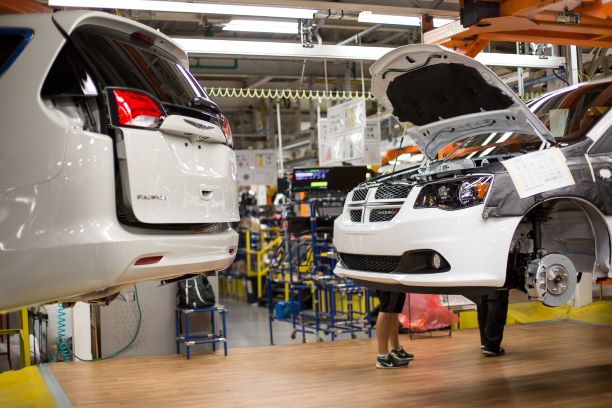 Dias says the addition of PHEVs and BEVs at the Windsor plant is expected to add as many as 2,000 new jobs starting in 2024. Employees on layoff will begin returning to the Windsor plant for the ramp-up of hybrid production in 2023, he says.

“This is a huge commitment to our plant and to our members and a home run for the community of Windsor,” Dias says. “It means more jobs and adds back the third shift by 2024. The new platform will have the ability to build multiple vehicles – everything from pickup trucks to crossovers. It will have tremendous flexibility.”

Dias adds FCA’s commitment to re-invest in the Windsor operation is not dependent on aid from the Ontario provincial government or the Canadian federal government. However, he expects the provincial and federal governments to make their own substantial commitments to the renovation of the plant, just as they did earlier this month at the Ford plant in Oakville, ON. “The lion’s share will come from Chrysler and there will be some from the governments.”

The provincial and federal governments are spending a combined C$569 million ($430 million) on the Ford project in Oakville, which is expected to cost C$1.8 billion ($1.4 billion).

According to FCA, one new body style will be added in each of the next three years, says Dias, noting the plant’s products have been highly successful despite falling sales of conventional passenger cars.

The Brampton plant continues to operate six days a week. “Forty-five percent of vehicles in that segment are built by our members. FCA has committed three new top hats to complement the existing portfolio,” says Dias. “We’re feeling very comfortable. The company does not see anything changing. We’re feeling pretty good about what we’ve got in Brampton.”

FCA has promised to add new products at its Etobicoke casting plant, where employment had dwindled from 500 Unifor members to 200, Dias says. The new work will bring back 100 jobs, he says.

The announcement of the settlement came as the old agreement expired at 11:59 p.m. EDT Wednesday after a tense evening of bargaining that left Unifor members poised to strike at FCA’s Windsor, Brampton and Etobicoke plants.