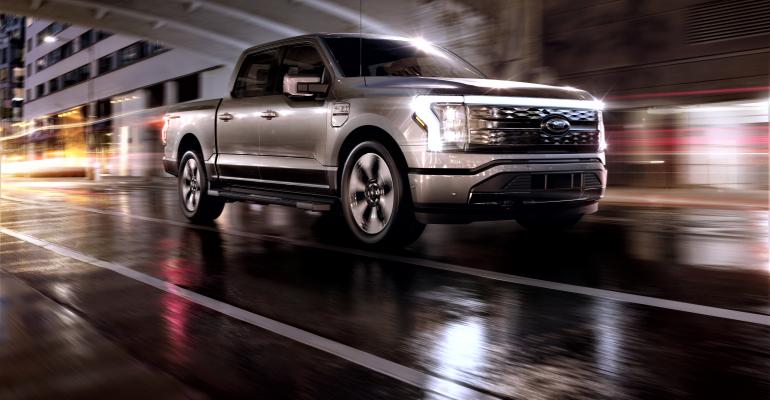 Sales of battery-electric F-150 Lightning to launch in 2022.
Industry News

The reaction to the introduction of the battery-electric Ford F-150 Lightning has been overwhelming and is likely to mark a turning point in the broader acceptance of BEVs, Ford CEO Jim Farley says during an investors conference.

Ford CEO Jim Farley says the automaker’s adjusted earnings before interest and taxes in second-quarter 2021 will surpass expectations despite production cuts owing to the continuing shortage of semiconductors.

The improvement is being driven by lower-than-anticipated costs and favorable market factors, while higher vehicle auction values are benefiting Ford Credit. Ford also is seeing healthy results from operations in Europe, South America and China, Farley (pictured, below left) says during a conference organized for investors by Deutsche Bank.

However, the automaker’s net income for the second quarter is expected to be substantially lower than a year ago, when results included a $3.5 billion gain on Ford’s investment in autonomous-vehicle developer Argo AI.

Farley says the shortage of semiconductors is continuing to hamper Ford’s production schedules, while demand for vehicles remains very strong. The new battery-electric Mustang Mach-E is basically “sold out,” he says.

At the same time, Farley says the company continues moving to address the switch to BEVs, which is gaining momentum.  The market share for EVs in Europe went from 1.5% to 12% in one quarter this year, he notes.

In addition, the reaction to the introduction of the battery-electric Ford F-150 Lightning has been overwhelming and is likely to mark a turning point in the broader acceptance of BEVs, Farley says. He defends the price of the Lightning – about $40,000 for the base model – which some conference participants suggest is too low, given the cost of building the vehicle and the strong demand. 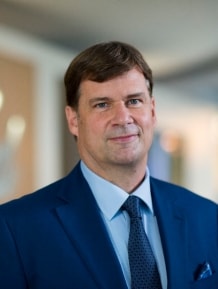 Farley tells investors Ford’s strategy for the BEV transition also involves vertical integration –producing key electric powertrain parts in its own factories. The automaker did the same thing with elements of internal-combustion engines in the 1920s and 1930s, he says.

“We want to have the future in our own hands. Vertical integration is very important to our team members,” says Farley, who is being pressed by the UAW to ensure jobs related to electrification are maintained in union plants.

Farley also notes building electric vehicles in the U.S. will make it easier for them to win public acceptance and government support.

Ford Pro, the initiative aimed at beefing up the company’s formidable commercial-vehicle business, is another element of Ford’s strategy.

Ford is looking at ways to expand the services it offers customers, which is one of the reasons the company is acquiring Electriphi (pictured, below), a Silicon Valley-based provider of charging management and fleet monitoring software for EVs. Electriphi’s team and services will be integrated into Ford Pro.

While more commercial-vehicle customers are considering EVs, charging management remains a hurdle to mass adoption. Ford Pro plans on leveraging its leadership position in the commercial-vehicle market, its vehicle offerings and Electriphi’s technology to help customers with this transition, Farley says.

“As commercial customers add electric vehicles to their fleets, they want depot charging options to make sure they’re powered up and ready to go to work every day,” Ford Pro CEO Ted Cannis says. “With Electriphi’s existing advanced technology IP in the Ford Pro electric vehicles and services portfolio, we will enhance the experience for commercial customers and be a single-source solution for fleet-depot charging.”

Ford Pro estimates the depot charging industry will grow to more than 600,000 fullsize trucks and vans by 2030. Integrating Electriphi into Ford Pro will help the new, standalone unit reach its goal of capturing over $1 billion of revenue from charging by 2030.

The Electriphi acquisition comes as Ford prepares for the launch of all-electric versions of two of the world’s most popular, high-volume commercial vehicles, the Transit van and F-150 pickup. Ford will start shipping the E-Transit to customers later this year, while the F-150 Lightning Pro will be available in spring 2022, Farley says. 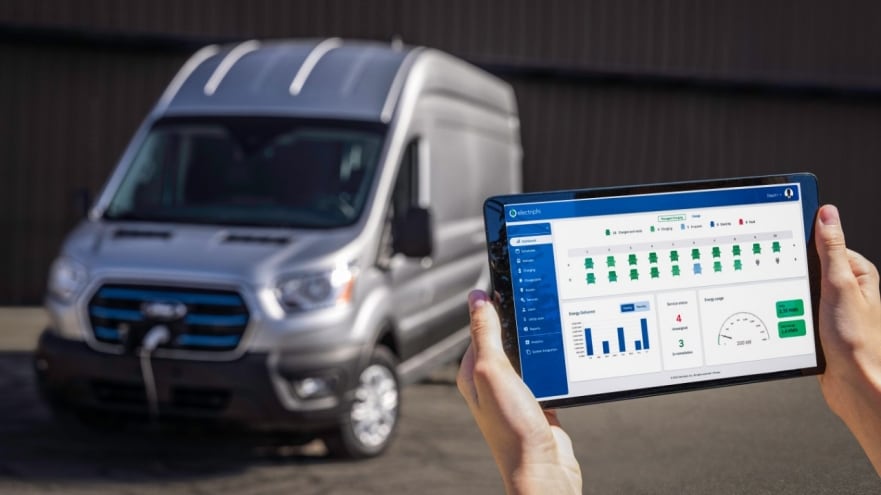