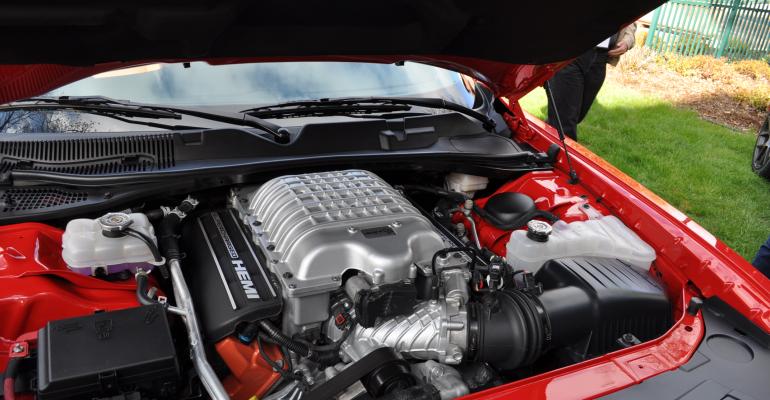 Fifty powertrain experts surveyed by Automotive Futures expect the share of the U.S. market held by spark-ignition vehicles in 2025 and 2030 to fall to 60% and 38%, respectively, from current levels.

U.S. automakers are making gradual progress in electrifying their fleets, according to a presentation at the recent Automotive Futures 2022 propulsion strategies conference.

Automotive Futures surveyed some 50 powertrain experts in June and July, including nine OEMs and 18 suppliers, asking for their battery-electric and hybrid vehicle forecasts.

BEVs accounted for 2.9% of the U.S. light-vehicle market and about 5.8% of the global market in 2021, according to Wards Intelligence data.

“The experts think that it is relatively likely that manufacturers will reach CAFE and emissions regulations with credits, but will be difficult without credits,” says Bruce Belzowski, managing director of Automotive Futures.

Looking at fleet credits and “credits earned,” a new data set kept by the research group, Tesla  is the clear leader with 13.8 million mg of carbon-dioxide credits in 2020. It was followed by Honda at 2.9 million and Subaru at 2.0 million.

“All other manufacturers generated deficits in credits,” Belzowski says, “with Stellantis at -10.2 million.”

The group is expected to issue a final report for the year in December.

Meanwhile, Belzowski, says 50% of OEMs in the U.S. registered improvements in fuel economy in 2021 compared with 2020, based on preliminary EPA data. Asian brands were the market leaders, with Nissan posting the largest gain and General Motors the largest decline in 2021.

Nissan was followed by Hyundai and Honda, tied for second, with Subaru, Kia, Toyota and Volkswagen next on the list.

Although nine of 10 OEMs – all but GM – made improvements in emissions over the seven-year period, none achieved a 10% reduction in 2021. And in fuel economy, seven OEMs – all but GM, Ford and VW – registered gains.