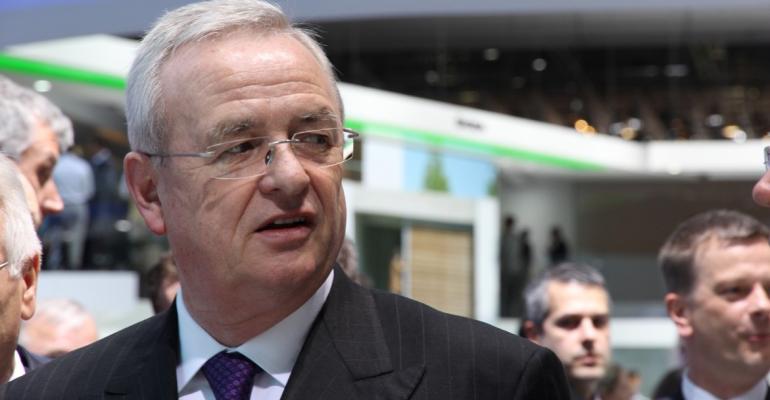 Martin Winterkorn was chairman of Volkswagen Group between 2007 and 2015,
Industry News

Prosecutors say Winterkorn was a driving force behind the introduction of a software update to Volkswagen diesel models in November 2014 whose sole purpose was to cover up the emissions defeat device.

BRAUNSCHWEIG, Germany – Former Volkswagen Group chairman Martin Winterkorn and four other former senior VW managers have been ordered to stand trial on charges of serious fraud in Germany for their role in the dieselgate emission manipulation scandal that so far has cost the company over €29.6 billion ($35 billion).

Winterkorn, chairman of Volkswagen between 2007 and 2015, and four former managers were charged in 2019 with equipping various Volkswagen diesel models with a so-called defeat device that reduced emissions during testing, leading to vastly lower CO2 ratings than those achieved in real-world driving conditions.

A court in Braunschweig, Germany, passed a motion on Wednesday that allows the case against Winterkorn and the four former managers to proceed. As well as carrying charges of serious fraud, the case has been modified to allow prosecutors to push for additional criminal gang charges.

Additional charges against Winterkorn, including breach of trust, have been denied by the court.

Prosecutors contend the former Volkswagen chairman had knowledge of the emissions cheating as early as May 2014, more than a year before the German auto maker publicly admitted to using a software program in various diesel models to allow them to emit fewer emissions under test conditions than on the road.

They also say Winterkorn was a driving force behind the introduction of a software update to Volkswagen diesel models in November 2014 whose sole purpose was to cover up the emissions defeat device.

In a statement, the Braunschweig court said the fraud charges concern 9 million vehicles in which buyers could have lost hundreds of millions of euros.

A lawyer for Winterkorn addressed the court Wednesday, saying his client denied the charges.

In an early disposition, prosecutors said the accused could face from six months to 10 years’ imprisonment if they are found guilty.

Depending on the severity, they also may be forced to forfeit any bonuses they have earned on diesel vehicle sales based on the emission manipulation.

In a statement, Volkswagen emphasized that, under German law, Winterkorn and the four former managers are considered innocent until proven guilty.