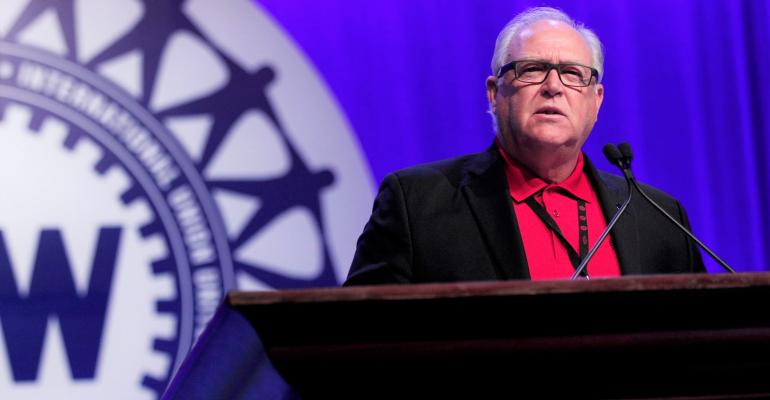 Williams’ guilty plea is certain to help the U.S. Justice Department build the case for federal supervision of the UAW to insure it remains clean following the conclusion of the DOJ investigation of the union.

In another major blow to the reputation of the United Auto Workers, former UAW President Dennis Williams is set to plead guilty Sept. 30 to charges that he conspired to steal money from the union to support long stays at expensive resorts in Southern California.

Williams’ plea will mean that two of the past three UAW presidents have pleaded guilty to federal criminal charges.

Critical information against Williams is being supplied by Gary Jones, the man he handpicked to succeed him as UAW president. Jones is facing sentencing after pleading guilty earlier this year.

Williams’ plans to enter a guilty plea at the end of September became public in court documents on pending cases released by the federal district court in Detroit. Several other union officials also facing sentencing over the next several weeks, including Jones, former UAW vice president Joe Ashton and Vance Pierson, the former director of UAW Region 5 in St. Louis.

Williams, who held top offices first as secretary-treasurer from 2010 to 2014 and then as president from 2014 to 2018, is the highest-profile figure yet ensnared in a federal investigation of the UAW that has uncovered bribery, kickbacks and embezzlement among union officers and staffers.

His official UAW biography notes that Williams handled sensitive assignments such as handling organizing workers at the Mitsubishi plant in Normal, IL (below, left), and negotiating with Mitsubishi’s top management in Japan. He also took responsibility for critical negotiations with Caterpillar, Case New Holland and John Deere before taking on the role as secretary-treasurer. 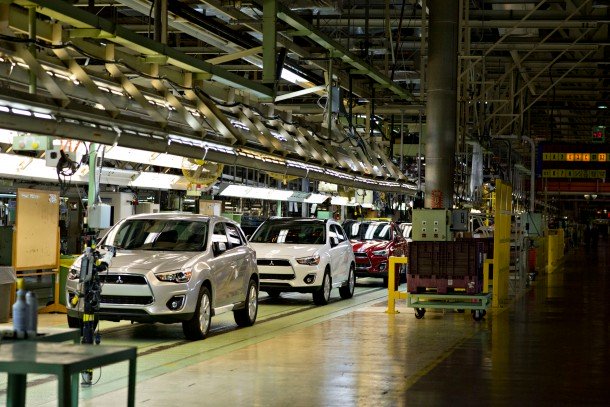 Unlike Jones, who was largely unknown to union members and remains a remote figure even now, Williams’ roles put him front and center during the crisis during the Great Recession of a decade ago when he was given credit by colleagues for helping untangle the UAW’s ailing finances.

Consequently, Williams’ downfall is even more punishing for the UAW than the conviction of Jones, who never seemed comfortable occupying the office once held by legendary Walter Reuther, Leonard Woodcock, who was the first U.S. ambassador to the People’s Republic of China, or the professorial Doug Fraser, who helped build the union into a respected national force.

UAW officials had no immediate comment on Williams’ impending plea agreement, which still must be approved by U.S. District Judge Paul Borman. However, Williams is repaying $55,000 to the union for unauthorized expenditures. The UAW’s executive board also is ending payment of the bills for Williams’ lawyers.

While serving as UAW president, Williams claims he took several steps to clean up the union highlighted by federal investigators in 2017 by firing or demoting several members of the staff of the Chrysler Dept. once headed by the late General Holiefield, which seemed to be the center of the scandal.

However, Williams, who joined the union as a welder after serving in the U.S. Marines, also liked a good time, according to colleagues.

According to court records, Williams enjoyed extended periods at resorts in Southern California, especially during the winter months, and he moved back to Southern California after retiring even after he maneuvered the administration caucus, the UAW’s ruling political party, into approving building a new cabin for him at the union education center in northern Michigan. The UAW’s executive board has since canceled the project.

However, Jones, according to court records, used money embezzled from union funds earmarked for education and political campaigns to finance Williams’ extended junkets and stays at expensive California resorts.

The spending on golf, hotel rooms and other perks appears to have been instrumental in persuading Williams to overlook Jones’ thin resume and endorse him for UAW president during a critical meeting of the ruling administration caucus in November 2017.

With the endorsement of Williams and the administration caucus run by the then-UAW president, Jones went on to become UAW president in June 2018 before resigning in disgrace in December 2019.

Williams’ guilty plea is certain to help the U.S. Justice Department build the case for federal supervision of the UAW to ensure it remains clean following the conclusion of the DOJ investigation of the union.

The investigation has undermined the union’s integrity, its efforts to organize new members and its political influence across the Midwest, according to observers inside and outside the union.