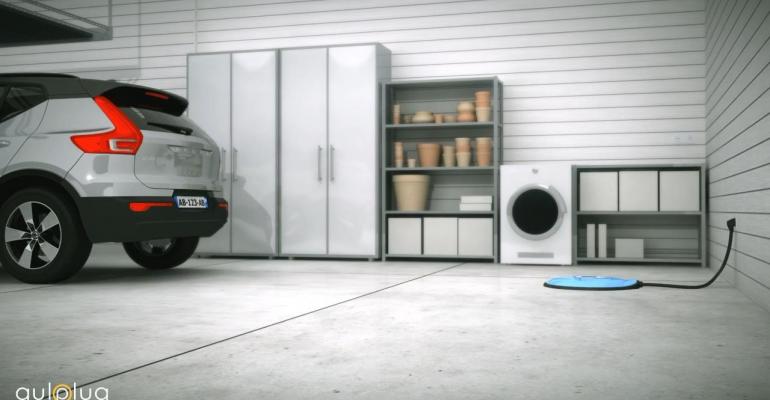 Unfortunately, the automotive world does not always beat a path to the doors of startups with brilliant connectivity and autonomous tech. And sometimes automakers and Tier 1 suppliers miss some great companies by looking only in Silicon Valley, Israel’s Silicon Wadi or China.

Recognizing how difficult it is for startups to get noticed, and how time-consuming it is for OEMs to sort  the wheat from the chaff in the automotive tech world, France has been delivering its vetted, best-of-the-best startups to North America’s doorstep for seven years. It takes them on a 2-week whirlwind tour of the Detroit/Ann Arbor area and Silicon Valley where they pitch dozens of automakers, suppliers and influencers. Since the pandemic, the pitches have been done virtually.

The visits are part of Ubimobility, a 9-month development program combined with a 2-week immersion in key automotive and tech ecosystems in the U.S. and Canada. The applicants are specifically selected to be suited to the U.S. and Canadian markets.

“Our laureates’ pitches on their innovative solutions were received with great interest from North America's biggest automotive players. It has been a pleasure to support our nominees and witness their first steps towards strategic partnerships that will answer the future mobility challenges,” says Simon Lelièvre – Head of Transportation at Ubimobility.

If you didn’t have a chance to Zoom with these companies when they toured last month, you can still meet them in person Jan. 5-8 at the Pavilion France Automobile at CES in Las Vegas. The finalists making their pitches to OEMs and suppliers offer a wide variety of creative and relevant mobility technologies:

Airudit www.Airudit.com “Empowering your speech” is what Airudit is all about, says Olivier Raffard, sales director. A startup based in Paris and Bordeaux, it specializes in the design of Human Systems interfaces driven by voice. It was created in 2013 and develops and markets proprietary technologies for the global understanding of human natural language. AIRUDIT is unique because it is able to master the entire processing chain, which goes from the oral expression of a speaker to the response provided by the machine in the context of a Human Systems relationship in a complex environment, while interacting with information systems to ensure actions and access to the right information. The dedicated technology for the automotive industry is called VECTAI.

ClearDrop Technology www.cleardrop.tech “Using acoustics, we can make any kind of liquid fall right off, fast, from a glass surface,” says Nikos Christopoulos, founder and CEO. Sensors and cameras that are wet or coated with frost can disable ADAS systems. ClearDrop is a startup specializing in acoustics and fluid mechanics. The patented technology uses surface acoustic waves to displace liquids and remove frost instantaneously. Potential applications include:

EGERIE Integrated Cyberrisk Management www.egerie-software.com “With its collaborative approach and smart technology, the EGERIE platform helps customers innovatively digitalize, build, manage and monitor their cybersecurity strategy by dynamically identifying and anticipating the high-risk threats, measure the results of risk mitigation efforts while getting buy-in from all levels in the organization,” says Pierre Calais, founder and vice president. EGERIE helps automotive industry players be a step ahead of the threats and build highly cyber-secured vehicles by implementing ISO 21434 in a smart and digitalized way.

Gulplug www.Gulplug.com “A New Way to Connect” is how CEO Henri Trintignac describes the company. Gulplug, a startup based in Grenoble, develops a unique hands-free charging system called SELFPLUG. It was created in 2014 and enables battery-electric vehicles and PHEVs to automatically plug in and unplug without human intervention. It is a conductive system that transfers energy through a plug in both directions, from the grid to the vehicle or from the vehicle to the grid. SELFPLUG uses GULPLUG’s patented magnetic plug, PAM! (Plug-In is Automatic with Magnets!) designed to make plug-in and unplugging automatic.

Kalima Systems https://www.kalima.io/ “Blockchain for IOT – Interconnecting people, objects and services to create value,” says CEO Andre Legendre. Kalima Systems has developed a proprietary blockchain dedicated to the Internet of Things. Kalima’s mission is to securely collect, transport, store and share IoT trusted data in real time with devices, services and mobile workers. Kalima responds to the needs of security of the IoT and provide a secured system to collect, transport, store and share IoT data easily and for a low total cost of ownership.

SBG Systems https://www.sbg-systems.com/en-GB “Leading supplier of innovative inertial sensors” is how co-founder and CEO Thibault Bonnevie describes the company. SBG Systems is developing inertial navigation devices (INS) which provide high-accuracy position and orientation for autonomous and assisted-vehicle navigation. The technology is based on in-house hardware including a large set of sensors (motion sensors such as gyroscopes, accelerometers and magnetometers, positioning sensors such as GNSS receiver) and additional external sensors such as wheel speed and cameras).

TrustInSoft Trust-in-soft.com “Ensure the cybersecurity and safety of software in a variety of industrial applications in an increasingly digitalized, connected world” is how CEO Fabrice Derepas describes the mission of his company. The company says calling it “spellcheck for code” is an oversimplification because it is far more analytical, but that’s the idea. TrustInSoft is a software publisher that provides a C and C++ source code analyzer that empowers its customers to mathematically guarantee the absence of source code bugs exploitable by hackers. TrustInSoft’s technology combines different formal methods to detect these errors efficiently and exhaustively. TrustInSoft’s clients span different industries including the automotive sector and autonomous vehicles. Automotive norms such as ISO26262 for safety or ISO21434 for cybersecurity tend to increase software development costs. TrustInSoft Analyzer enables cost-effective compliance with these norms by automating some test efforts and detecting source code errors earlier in the development process.