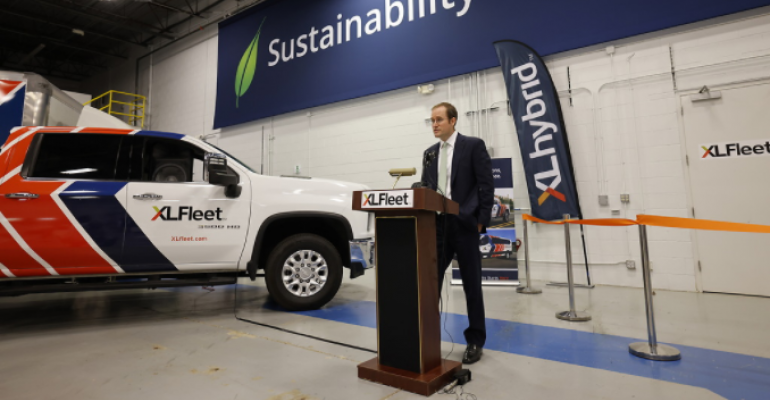 XL Fleet already has converted more than 4,000 vehicles originally built by Ford, General Motors and Isuzu into gasoline-electric hybrids, and commercial business allowed to triple its revenue in 2020 despite the pandemic, according to company executives.

With the push for electrification gaining momentum, XL Fleet thinks it has economical solutions for turning existing commercial vehicles into hybrids or plug-in hybrids and is getting closer to launching a product that also could turn them into battery-electric vehicles.

XL Fleet already has converted more than 4,000 vehicles originally built by Ford, General Motors and Isuzu into gasoline-electric hybrids, and the company’s revenues have tripled despite the pandemic, according to company executives.

The success of the company, which began as a startup in 2009, is allowing XL Fleet to expand its operations from its original base in Massachusetts into Illinois and California and now into Michigan, where it is setting up a technical center in Wixom that soon could employ 50 engineers and technicians.

Dimitri Kazarinoff, XL Fleet’s chief executive officer, notes fleet operators are risk-averse, so a strong approach is needed. While growth this year has been uncertain because of the supply shortages that have upended deliveries of new vehicles, XL Fleet continues to focus on products that can electrify existing vehicles, making them more efficient and more sustainable.

GM and Ford also are launching initiatives to offer new electric vehicles to operators of commercial-vehicle fleets. The emphasis on electrification opens space for a company such as XL Fleet, Kazarinoff says.

“We are not expecting to get an 80% share. It’s a very complex business,” says Karazinoff, who spent more than 20 years first with GM, then powertrain development, simulation and testing firm AVL, and the McKinsey consultancy. The complexity creates opportunities for companies such as XL Fleet to offer solutions to specific problems, he says. 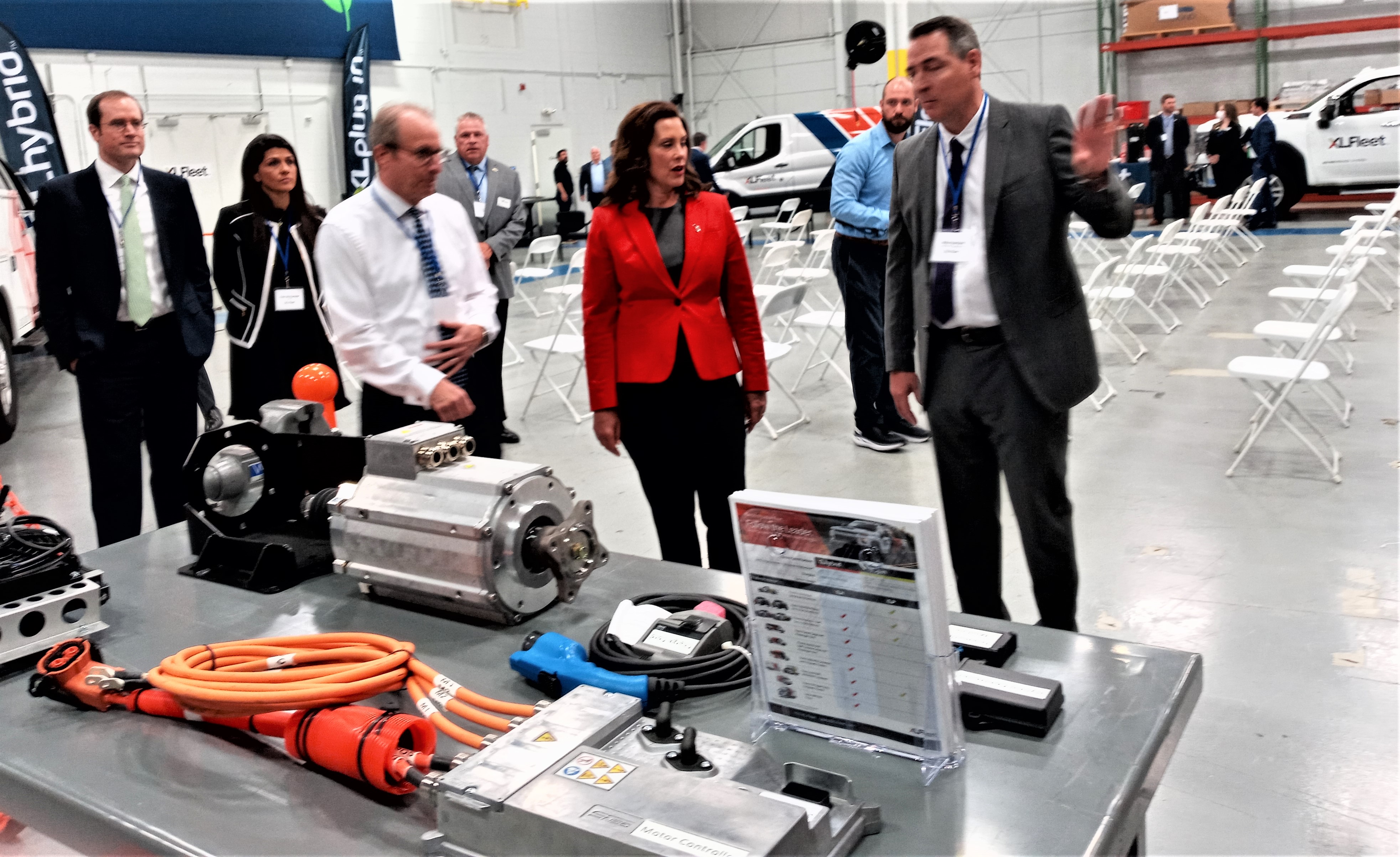 XL Fleet also can outfit vehicles with auxiliary power to operate tools such as compressors. The company is working with partners on the development of a battery-electric refuse truck due out in 2022.

XL Fleet expects to move into areas such as installing charging stations and energy management systems for customers, Kazarinoff says. Down the road, it is looking at developing fuel-cell systems to power commercial vehicles.

Mike Kenhard, XL Fleet’s chief technical officer and vice president of engineering, says the company has adopted a business model that deploys less capital by concentrating on system development rather than trying to build complete vehicles.

XL Fleet’s business plan calls for thinking out a bill of materials and unique software for each of its products. The company does have technicians who can do installations on fleets with few vehicles, but most of the installation is done by upfitters after they receive the specific product package from XL Fleet, which will oversee the Wixom center.

“We’ve had a number of employees in Michigan working remotely,” Kenhard says. But placing the XL Fleet technical center in Wixom in the automotive ecosystem around Detroit will increase the company’s visibility, he says.

The ribbon-cutting dedicating the center was attended by Michigan Gov. Gretchen Whitmer (pictured above, center) who says investments by innovative companies such as XL Fleet will help the state lead the revolution in transportation that will occur over the next decade. “We put the whole world on wheels, and we’re going to continue our leadership in this space,” she says.

Kenhard says XL Fleet’s new product is a plug-in hybrid system which can be installed on a Chevrolet Silverado or GMC Sierra 3500 or 4500 heavy-duty pickup.

The system includes a lithium-ion battery encased in a protective steel shell and compatible with Level 1 and Level 2 charging. It also has an electric traction motor and regenerative braking system. Everything in front of the truck’s transmission is the same, Kenhard says.

Both XL Fleet’s hybrid and plug-in hybrid technologies transform a factory OEM vehicle into a more efficient hybrid, the company says. “No other significant modifications to the vehicles are required and no changes are made to the internal-combustion engine or transmission.”