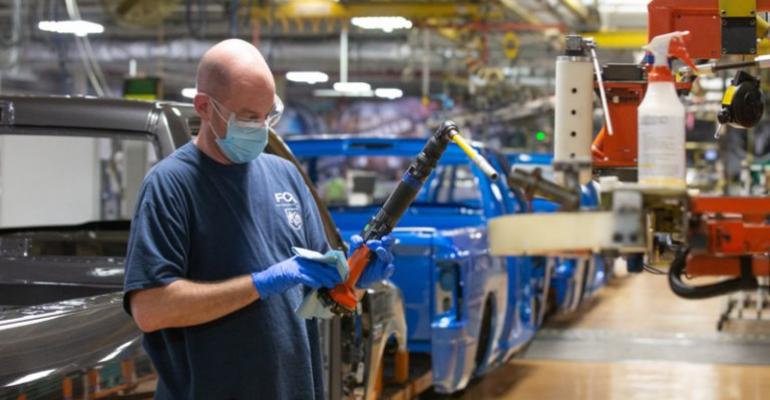 UAW President Rory Gamble is encouraging union members to get vaccinations but doesn’t believe they should be mandatory, a position shared by General Motors, Ford and Fiat Chrysler Automobiles.

Detroit’s three automakers are shutting down for the Christmas and New Year holidays as the threat of the COVID-19 pandemic continues to hover over the industry.

The shutdowns begin Dec. 24. Assembly plants will resume operations Jan. 4, according to the terms of contracts General Motors, Ford and Fiat Chrysler Automobiles signed with the UAW in the fall of 2019.

The pandemic forced GM, Ford, FCA and automakers including Tesla, Toyota, Nissan, Honda, BMW, Volkswagen and Mercedes-Benz to close for extended periods beginning in March. Manufacturers have been struggling to boost dealer inventories depleted by the shutdowns.

Meanwhile, the federal Centers for Disease Control, with recommendations from the U.S. Department of Homeland Security, is saying “factory workers” such as those in the auto industry are “essential” for economic reasons and should be given priority in obtaining vaccines developed to check the spread of COVID-19.

Factory workers are part of the second large cohort of U.S. citizens expected to get the vaccine after it is distributed to health care workers and nursing home residents.

Spokespersons for manufacturers such as GM, Ford and FCA are saying the automakers do not plan to mandate the vaccines even in factories where they have implemented safety and screening protocols (below) and made protective equipment such as face masks and face shields available. The companies also have limited access to cafeterias and installed plastic dividers between workstations where employees are near one another.

UAW President Rory Gamble says he is encouraging union members to get vaccinated.

“UAW members, like all Americans, come from varied backgrounds. I believe it is important for as many members as possible to be vaccinated,” he says. “And I will do my part, including publicly being vaccinated, to allay concerns about the vaccination.

“That said, just like the policy over flu shots, there will be some that, (because of) religious beliefs or medical history or personal beliefs, will have concerns about being vaccinated and so I do not believe it should be mandatory,” Gamble says.

“But I would also caution that until immunity takes hold, I believe we will continue to need to practice COVID protocols and wear PPE equipment at the workplace and outside of the workplace throughout 2021,” he says.

The automakers have been making their own face masks and other protective equipment since the start of the pandemic and while they have donated large amounts of PPE to hospitals and other institutions, they also are using it to protect their own employees. “I believe we’re going to be making PPE for the foreseeable future,” says UAW communications director Brian Rothenberg. 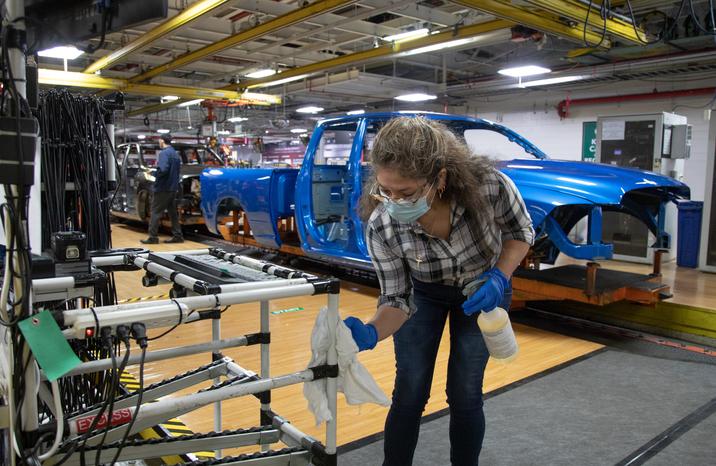 Each of the automakers reports employees have died from COVID-19 but emphasize none of the employees contracted the virus while at work.

“FCA was saddened to learn of the recent deaths of two employees from our Warren Truck Assembly Plant and one employee from our Sterling Heights Assembly Plant. Based on our aggressive contact tracing protocols, we believe that these positive cases did not come from exposure inside the plants,” FCA says in a statement.

“As COVID-19 cases and deaths continue to rise across the country, no community, business or industry is immune to the impact of this virus. Like other companies, FCA is seeing this reflected in our workforce as well. We continue to enforce our comprehensive, multilayered program of health and safety measures that was put in place to protect our employees,” the statement says.

Ford and GM also say they continue working to protect employees in their plants and will do what they can to expedite distribution of the vaccine.

“Government agencies and health officials are planning vaccine distribution at the state and local levels. GM is in contact with those agencies and will communicate with employees as we get more information on distribution,” GM spokesman David Caldwell says.

“We are exploring how best to provide a vaccination program to our employees, which will vary among our global locations. To support this effort, we have ordered a dozen ultra-cold freezers to ensure proper storage for those vaccines that require it,” says Ford spokeswoman Hannah Jolly.