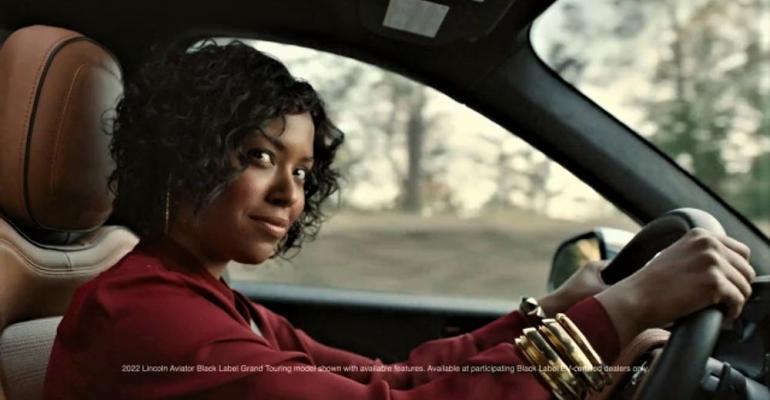 Despite Big Spenders, Lincoln Still No.1 in Auto Ad Impressions

GMC debuted at third in impressions but first in spending, dropping an estimated $9 million nationwide in support of the Sierra pickup with the hands-free driving option. That’s more than twice as much as the next biggest spender for the week.

Two new ads make their debut on iSpot.tv’s list of the automotive commercials that have generated the highest number of impressions across national broadcast and cable TV airings.

If you watched any NFL games the weekend of Oct. 18, the odds are you saw at least one of those ads, given the budget they directed at the sport.

GMC bows at third in impressions, but first in spending, dropping an estimated $9 million nationwide in support of the Sierra with the hands-free driving option. That’s more than twice as much as the next biggest spender for the week, and nearly all of it ($7.8 million) went to NFL game programming.

It’s worth noting GMC’s “We Will Rock You” ad had the least number of airings (168) despite spending the most. That’s due to both the expensive nature of NFL advertising as well as the fact that the ad clocks in at a minute long (meaning each placement costs roughly twice as much as a standard 30-second spot).

But it certainly got viewers’ attention. According to iSpot’s Ace Metrix survey data, the ad rated 10.8% above the industry norm for attention, the highest among the commercials on the list.

Also new is Honda’s “The Origin of Determination” at fourth. Honda spent $2.1 million of its $3.4 million budget on football but also spread it around a bit, adding MLB games and assorted cable programming to span out over 1,000 airings.

Meanwhile, Lincoln retained the top spot with “Where Does The Stress Go.” Viewers found the ad “soothing,” according to iSpot’s Ace Metrix survey data, with its visual scenes voted the “single best thing.” Subaru’s “Go Further,” which ranked second in impressions, was rated highest in terms of Ace Metrix’s Likeability measurement category, with a score 9.3% higher than the industry norm.

GMC: We Will Rock You