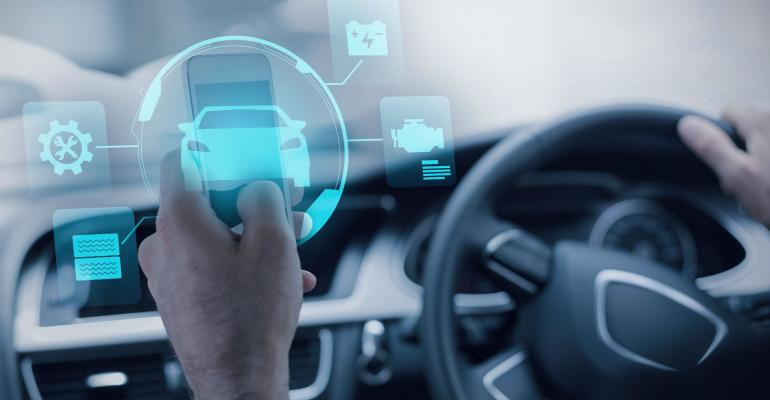 “The system is so large and full of independently sourced parts, with numerous teams writing their own code, the industry simply needs a common language for all of these things,” says Gunnar Andersson, development lead at the Genivi Alliance.

If you’ve ever towed a camper or a trailer full of wood, you have relied, in part, on a set of standards that helped define the simple trailer hitch.

Companies each make their own trailers, but the whole system functions because they all can connect to a standard-size hitch. That’s the idea behind the Common Vehicle Interface Initiative, which the Genivi Cloud and Connected Services project is working to establish for the data, interfaces and services in future connected vehicles.

The idea behind a CVI is one simplified language so traditional and new automotive industry players can use one set of terms that will standardize how different connected-vehicle infrastructure components talk to each other. The players include the “OEMs and their Tier 1 suppliers, cloud services providers, connected vehicle platform providers, independent software vendors and system integrators,” as the Genivi Alliance puts it.

Speaking at a session on “The Case for a Common Vehicle Interface Initiative” during last week’s Wards Automotive Tech Week: Megatrends conference, Gunnar Andersson, development lead at the Genivi Alliance, says his group is looking at whether there’s “a potential for an almost-web-like revolution of interoperability in the automotive space.”

Specifically, Andersson (below, left) says the Common Vehicle Interface Initiative (CVII) started with Genivi and W3C (the World Wide Web Consortium, which maintains international web standards) trying to answer three big questions: Is it time to talk about having a common language to describe data and function interaction between all of the players? Is it time to commit to some sort of agreed-upon technology, like the open internet protocols, to build interoperable solutions for all of this data?

As a starting place to get a potential CVI in place, Genivi organized OEM-only meetings last year and found the “overwhelming answer” to these questions was yes.

With those meetings as impetus, Genivi and the CVII want to get the industry to agree on “the rules for how we define data in a single way that works across entire systems from car to cloud and also works in a lot of different automotive-related domains, and possibly even beyond that,” Andersson says. 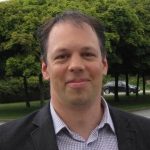 “The system is so large and full of independently sourced parts, with numerous teams writing their own code, the industry simply needs a common language for all of these things,” he says.

The benefits could be enormous, Andersson says, both for companies working together as well as within large companies with teams specializing on this or that aspect of connected vehicles.

“If we had a common language across all of the boundaries in the industry, that can have a tremendous impact between suppliers and buyers, and also between departments inside of a company that is working on a large system,” Andersson says.

“If you can reduce the amount of technologies and the ways that you describe the same data item in different parts of the system, all the way from the sensor that measures it to the third-party web developer…then the advantage is tremendous.”

One such advantage would be that suppliers no longer would have to write an application for 20 or 30 different platforms and then maintain all of them.

A CVI also would allow the translation of data from proprietary models to the cloud in order to be able to use it, which could make things like having personal preferences (seat and mirror position, radio presets) follow a user from vehicle to vehicle, no matter which brand they are.

It also would make it easier to schedule and coordinate in-trunk deliveries, but the possibilities are larger than what we can predict today.

“You don’t innovate in how you describe data,” Andersson says. “That should be standardized – it should be as simple as possible. That is really what enables the innovation.”