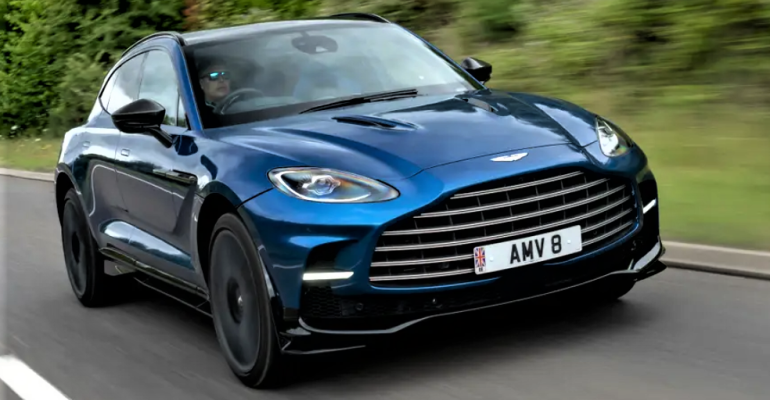 Geely’s move completes the latest financial funding round for the traditional British automaker.

Chinese automaker Geely acquires a 7.6% stake in Aston Martin, completing a $730 million round of financial funding for the struggling British sports car company.

Financial terms of the deal, which will see Geely join Saudi Arabia’s Public Investment Fund (PIF) and Mercedes-Benz as a minority shareholder in Aston Martin, have not been disclosed.

“We look forward to exploring potential opportunities to engage and collaborate with Aston Martin as it continues to execute its strategy to achieve long-term, sustainable growth and increased profitability,” Li says in a statement.

The decision by Geely to snap up a stake in Aston Martin comes after almost two years of rumors linking China’s largest private automaker with the traditional British sports car maker, which is 19% owned and controlled by Canadian billionaire businessman Lawrence Stroll’s Yew Tree consortium.

Other Aston Martin stakeholders include Mercedes-Benz, which most recently held a 9.7% stake but invested further in this latest funding round to boost its shareholding.

Geely Holding Group is parent to a wide range of passenger brands including Geely, Volvo, Lotus, Polestar, Lynk & Co., Zeekr, Proton, Geometry and LEVC. It also holds a 50% stake in Smart and a near-10% shareholding in Mercedes-Benz.