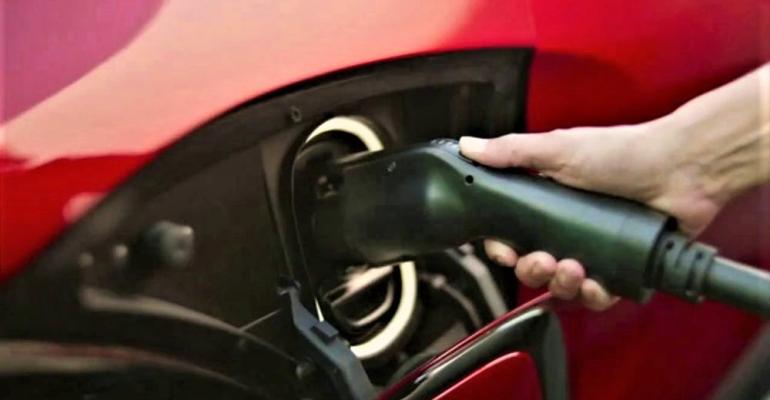 For the second week in a row, Chevrolet’s “EVs for Everyone” takes first place in iSpot.tv’s ranking of the most-viewed auto ads. Estimated TV ad spend was up about 50% week-over-week, with the World Series on Fox delivering 20% of the spot’s total impressions. NFL and college football games also delivered top impression counts for the ad.

Jeep’s inspirational second-place spot for the ’22 Grand Wagoneer features baseball Hall-of-Famer Derek Jeter and his wife Hannah. The spot’s characters stood out for some of iSpot’s Ace Metrix survey respondents, with 14% rating them the “single best thing” about the ad (80% better than industry norms). Despite Jeter’s starring role, Jeep focused spend and airings for this spot more toward NFL games (eight airings, est. $1.2 million) vs. the World Series (one airing, est. $359K).

“Drop the Mic,” promoting the Acura MDX Type S, moves into third place from fifth the previous week with modest increases in estimated TV ad spend and impressions. Airings during the World Series accounted for over 21% of its total impressions during the week.

The fourth-place ad from Subaru spotlights the 3-row Ascent, with a technology feature called EyeSight that watches the road for any danger and automatically stops the vehicle to avoid collisions. This is the only ad on the chart that did not air during football or baseball games; Yellowstone was the top program by impressions. Per an iSpot Ace Metrix survey, the ad had a Brand Match rating of 85%, referring to the percentage of surveyed viewers who remembered it was a Subaru spot after watching it.

Lexus rounds out the ranking with a “Wizard of Oz”-themed ad for the RX. The colorful nature of the commercial resonated with Ace Metrix survey respondents: 33% considered the visuals to be the single best thing about the spot.

Interruption Rate - The percentage of devices that were present at the beginning of the ad but did not complete watching the ad. Actions that interrupt ad play include changing the channel, pulling up the guide, fast-forwarding, or turning off the TV. The Interruption rate is measured on a scale of 0 to 100%.