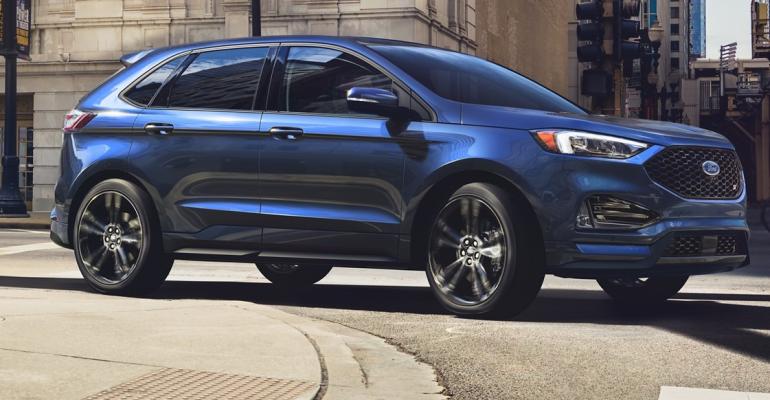 The lack of a commitment to build a new product at a Canadian assembly plant prompts the union representing auto workers in Canada to target Ford in negotiations for a new labor contract to replace the current pact that expires Sept. 21.

Jerry Dias (below, left), the president of Unifor, which represents Canadian hourly workers at Ford, Fiat Chrysler and General Motors, says the country’s largest private-sector union is pushing for new product commitments at Canadian plants belonging to Detroit’s automakers just as he did in 2016.

The union would especially like to see electric vehicles built in Canada, Dias says.

“I chose Ford because it is important that Ford understands what our vision is in the short and long term,” Dias says in making the announcement. “The conversations I’ve had with Ford have been instrumental in the decision. The bottom line is, the group that is most vulnerable is the workers in Oakville.”

Dias says the Ford Edge, manufactured in Oakville, is set to roll off assembly lines in 2023 with no product replacement coming down the pike.

Ford officials say they welcome the opportunity to lead off the contract talks. 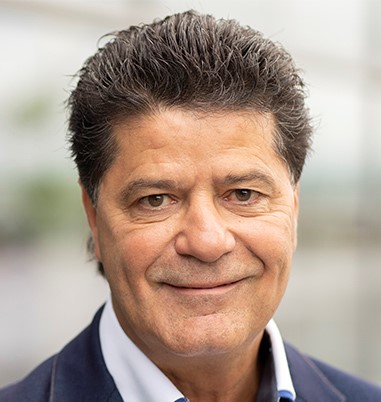 “Ford of Canada has a long history of working collaboratively with Unifor and looks forward to reaching a collective agreement in order to remain operationally competitive amidst intense global competition,” the automaker says in a statement.

“In light of global economic uncertainties, it’s more important than ever to maintain jobs in Canada. We’ll be asking our employees to work with us to help shape this new reality.”

The Edge and the five-passenger midsize SUV segment remain a critical part of Ford’s portfolio, he says. Edge sales were up 3% year-over-year to nearly 140,000 in the U.S. last year and were up 4% in Canada, the automaker says.

As well, the Nautilus will continue to play an important role in Lincoln’s growing SUV portfolio which includes the Corsair, Aviator and Navigator, Kantautas says.

Ford says it employs about 7,000 people in Canada, while an additional 18,000 people are employed in the more than 400 Ford and Ford-Lincoln dealerships across the country.

“It is a shared responsibility to ensure the company can emerge from the COVID-19 crisis positioned for future success. Together, we can strengthen the business case for auto manufacturing in Canada,” Kantautas says.

Dias also says the Canadian government should invest in a national auto strategy.

Dias has headed the union since 2013, when the Canadian Auto Workers union broke away from the UAW and merged with the Communications, Energy and Paperworkers union.