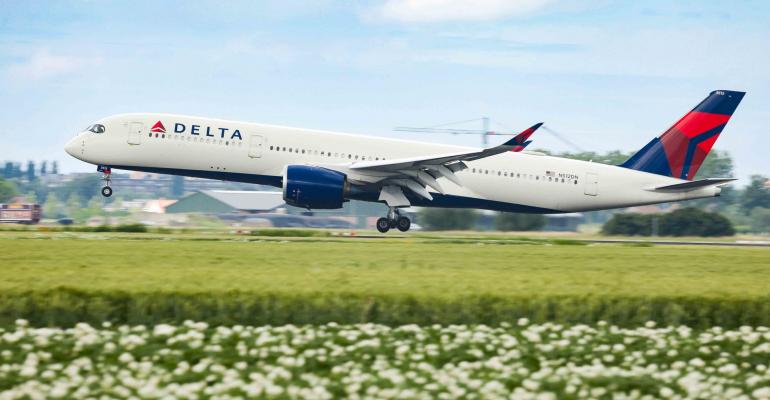 The federal government heavily promoted plant-based liquid fuels in the first decade of this century under President Bush. The way these fuels found their way into service stations and the vehicles themselves could serve as a blueprint for the aviation industry.

That was one of the messages from Delta Airlines during the recent 2021 MotorBella auto show near Detroit, which took advantage of its new location to invite non-automaker transportation companies to participate.

But having an airline, as well as tire manufacturer Michelin, on hand was not as big a stretch as it might appear at first blush. Both Michelin and Delta were Premier sponsors of MotorBella.

Take, for example, biofuels. Plant-based liquid fuels were heavily promoted by the federal government in the first decade of this century under President Bush.

The way these fuels found their way into service stations and the vehicles themselves could serve as a blueprint for the aviation industry, which cannot – at this time, anyway – replace fossil fuels with batteries or hydrogen for commercial flights.

Biofuels can be made from numerous feedstocks and can have massive emission benefits when compared to fossil fuels.

“We’re not just extracting oil and putting it on a plane and combusting it,” says Amelia DeLuca, managing director of sustainability for Delta Air Lines.

“Now, you’re creating a lifecycle where you are actually taking something and planting it in a sustainably developed way and then you’re harvesting that crop and you’re finding ways to get it as close as possible to the source of use. When you do that circular economy, you can actually reduce your carbon emissions by up to 80%.”

There’s a major catch, though, DeLuca says, in that the cost can be three to five times higher than traditional jet fuel.

“That’s where we look to the policy makers in the Biden Admin. and say, ‘What are some policies that we used in other industries, like the automotive industry, for example, to get consumers to get comfortable to purchase or participate in that next-generation technology, like with electric vehicles?’” she says.

The conversations Delta has had with the Biden Admin. have been “incredibly helpful,” DeLuca says, and the infrastructure bill, should it pass, has the potential to benefit the startups and traditional players who might want to produce aviation biofuels. In early 2020, Delta announced it would commit $1 billion to become the first carbon neutral airline globally.

The ongoing shift to EVs is also helping Michelin create a better, greener tire, says Alexis Garcin, chairman and president of Michelin North America.Michelin introduced its Uptis tire two years ago at the company-sponsored Movin’ On conference in Montreal.

The tire company is developing and testing the tire, which got its name from its “Unique Puncture-Proof Tire System,” with General Motors. Michelin previously introduced its airless and connected VISION concept tire and launched a low-rolling-resistance tire in Europe in 1992 to increase the fuel economy of cars burning gasoline. 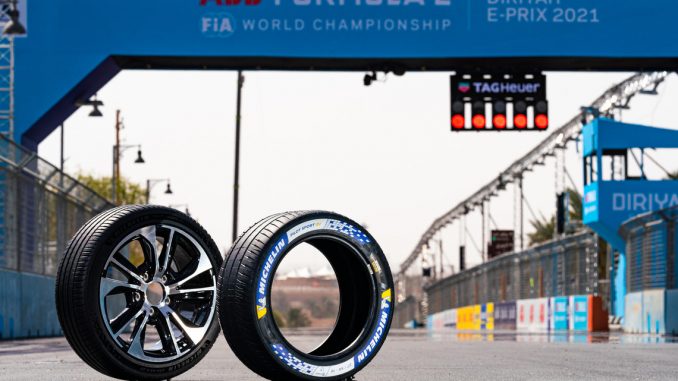 Garcin says the company has continued to improve the technology with new high-tech materials in the decades since that introduction that led to the e.PRIMACY tire this spring. The e.PRIMACY is the first Michelin tire that was designed to minimize its environmental impact thanks to a lifecycle assessment and Garcin says it provides an EV with up to 7% more range.

Garcin says it is vitally important to make tires that are specifically designed for EVs. Electric vehicles are heavier, often offer more torque and have different braking styles because of the regenerative brakes. Lastly, since EVs are not as loud as gas-powered vehicles, their tires should be quieter as well.

“On each of those four key components, the tire has a massive effect,” Garcin says. “This is where we really can leverage the knowhow that we have built up over the last 30 years to provide the OEMs with what we believe is the best tire for electric vehicles.”