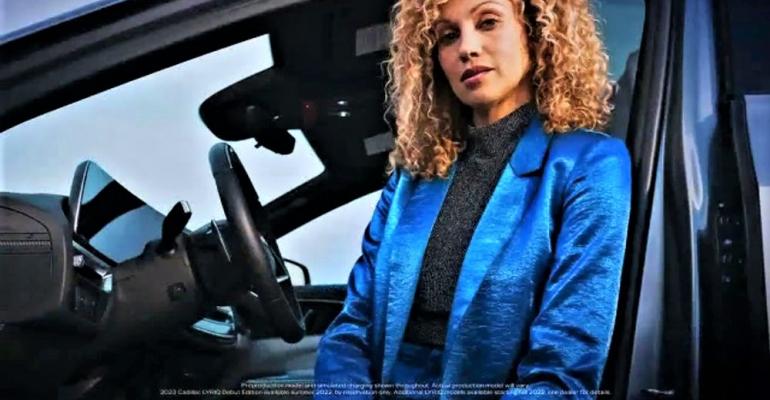 Four of the top five ads with the most impressions in the automotive sector for the week of May 2 leaned on the first round of the NHL’s Stanley Cup playoffs to find audiences.

Cadillac joins three other automakers in using the NHL playoffs to skate to the top of iSpot.tv’s weekly ranking of the most-viewed automotive commercials – the ads that have generated the highest number of impressions across national broadcast and cable TV airings.

Four of the top five ads with the most impressions in the automotive sector for the week of May 2 leaned on the first round of the Stanley Cup playoff series to find audiences.

Cadillac’s “Fortune Favors The Fearless” was ranked No.1. Hockey games delivered the second-most impressions for the ad after NBC Nightly News With Lester Holt. According to iSpot’s Ace Metrix survey data, the single best thing about the ad was the car itself – the Cadillac Lyriq, the latest in the brand’s electric-vehicle lineup.

Meanwhile, the NBA playoffs remain a contender in the auto-ad race. Both second-place Buick and third-place Kia got the most impressions for their respective ads from NBA games. While Buick spread its spending across both NBA and NHL games, Kia went all-in on basketball. Kia’s “Beachcomber” was the best-received ad of the week among Ace Metrix survey respondents, with a total score 6.5% above industry norms.

Rounding out the list were Infiniti and Lexus, both of which gained impressions primarily from hockey. The Lexus ad, “Drumroll, Please,” stood out with the highest brand match score on the list this week at 85% (the percentage of viewers who remembered it was a Lexus ad after watching it).