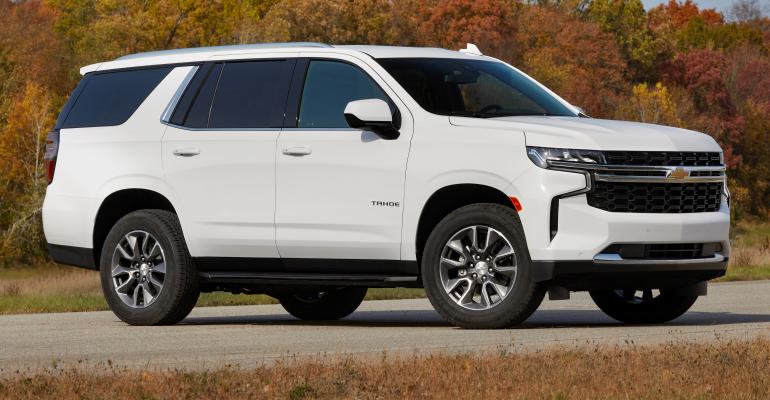 GM remains a minor player in the Russian market, but full-year 2021 sales of 3,423 units were up 72.7% from a year earlier, according to Wards Intelligence data.

ST. PETERSBURG – General Motors Russia was not immune from the effects of the COVID-19 pandemic and the global semiconductor shortage in 2021, yet sales of its Cadillac and Chevrolet models increased 72.7% compared with prior-year.

Olga Burlakova, director of marketing and public relations for GM Russia, tells the Kommersant business paper in an interview that sales of all premium vehicles increased 14% year-on-year in the first 11 months of 2021, compared with 7% for the mass market.

The company also has expanded into new segments with products such as the Chevrolet Trailblazer priced between RR1.9 million-RR2.4 million ($24,000-$30,300). The small CUV is available in Russia in four trim levels and a 150-hp turbocharged gasoline engine.

GM Russia this year plans to launch an updated version of the Chevrolet Traverse large CUV. This model likely will be priced higher than the current version selling for RR3.9 million ($49,200). Analysts expect the new Traverse to contribute to the overall sales growth of premium Chevrolet models in Russia in 2022.

GM Russia operates two independent Chevrolet dealer networks in the country, one specializing in mass-market models and the other focused on the premium segment of the market. GM Russia also has announced it will launch on online car-buying service.

Russian analysts say the automaker’s positive results in Russia in 2021 will help compensate for the more than RR6 billion ($75.7 million) in losses associated with the sale of its St. Petersburg plant in 2020.