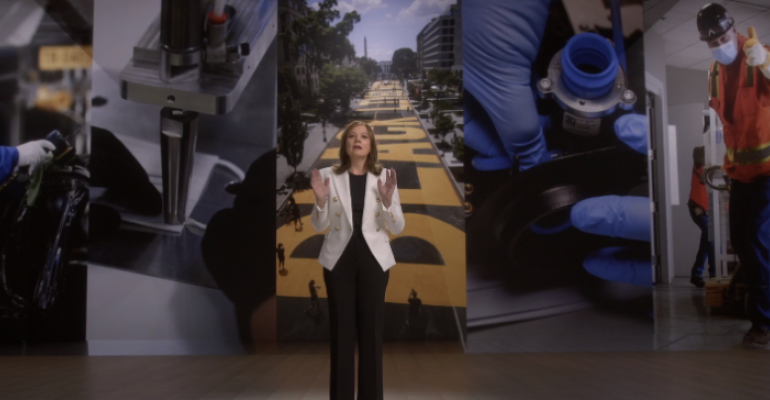 The 50-minute pre-recorded presentation was an opportunity for GM designers and engineers – and a few guests – to cover broadly the challenges and potential solutions in future mobility.

GM Chairman and CEO Mary Barra charts an ambitious future that includes spending $27 billion on battery-electric and autonomous vehicles by 2025, and she announces BrightDrop as a new GM business that “reimagines commercial delivery and logistics for an all-electric future.”

More than just a CEO keynote, the 50-minute pre-recorded presentation was an opportunity for GM designers and engineers – and a few guests – to cover broadly the challenges and potential solutions in future mobility.

It was not just a showcase for geeky technology. Instead Barra began the speech with a call to recognize and address climate change, to remain vigilant in the fight against COVID-19 and to emphasize inclusion and diversity after the deaths of George Floyd, Ahmaud Arbery and Breonna Taylor, “who have lost their lives based on the color of their skin.”

Barra ended her portion of the presentation with a call to “join the movement” in embracing both corporate responsibility and life-changing technologies. 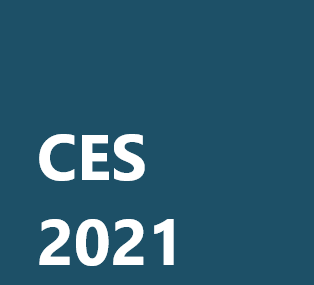 “We want young girls of color who want to be software technicians or EV and AV engineers to know they have a future at General Motors,” says Barra, who credits GM’s inclusion for her own rise to the top of the company.

“We want everyone to have the opportunity to drive the vehicles we’re building. And we want every community to benefit from safer, quieter, greener streets.”

When Barra wasn’t speaking, GM employees spoke of the future:

Timing for the Celestiq has not been announced, but GM pledges to have it on the road by 2025, after both the all-electric GMC Hummer and Cadillac Lyriq have launched.

Windham says the Celestiq concept offers a pillar-to-pillar display screen (similar to what was unveiled by Mercedes-Benz at CES yesterday) and a curated experience, with a glass roof that features four-quadrant, suspended-particle-device smart glass.

The roof allows each occupant “to set their own level of transparency, while the tint of the glass colors to match the ambience and the mood of the interior,” Windham says. “And with all-wheel drive, four-wheel steering and a full-glass roof, it celebrates the extraordinary.”

Mei Cai, technical fellow and GM’s Lab Group manager, expands on GM’s Ultium “hyperscale electrical-vehicle platform” that will power next-gen EVs. The battery packs stack vertically in trucks, SUVs and large crossovers, while stacking horizontally in the floor of low-slung performance cars. The battery modules use 90% less wiring than current batteries to communicate between the cells.

“General Motors will be the first automaker to use an almost completely wireless battery management system for its production electric vehicles,” Cai says. “The end result of all these innovations is a battery that will produce up to 450 miles (724 km) of range on a single charge, at nearly 40% less cost and 25% less weight than our current electric batteries.”

She says GM is working on next-gen lithium-metal batteries that will deliver twice the energy density of the new Ultium battery cells, providing up to 600 miles (966 km) of range on a single charge.

Travis Hester, GM’s chief electric vehicle officer, discusses how the adoption of EVs will transform the user experience for drivers, as well as ownership. The automaker is calling this reimagined experience “Ultifi.”

He says Ultifi will make it easier to “explore your EV options; make a reservation, get transparent pricing, purchase a vehicle online or visit a local dealer to complete the purchase in person. It will provide owners with a unique customer ID they can use to set up an online account.” 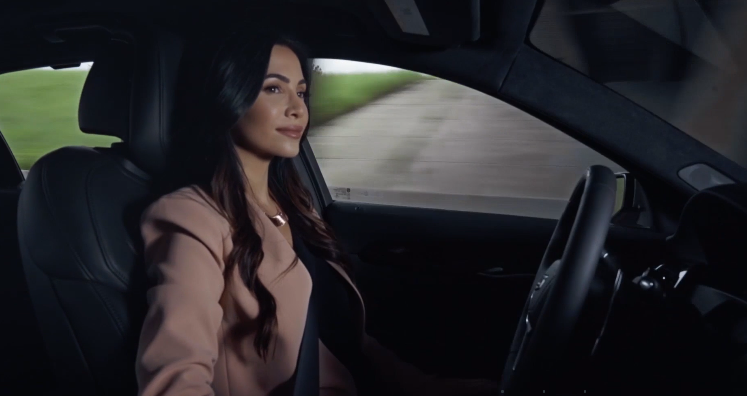 He highlights GM’s Super Cruise (pictured above) as the industry’s first truly hands-free driver-assistance system, functional on mapped highways in the U.S. and able to be updated remotely.

Hester says 85% of current Cadillac CT6 owners said they would prefer, or only consider, a vehicle equipped with Super Cruise for any future vehicle purchase.

“And that’s why we’re making Super Cruise a much bigger part of the future EV experience,” he says, adding the automaker is bringing Super Cruise to 22 GM vehicles by 2023, including the Chevrolet Bolt EUV compact crossover.

Michael Simcoe, GM’s vice president-Global Design, says GM will introduce 30 new EVs globally over the next five years, including the Bolt EUV and refreshed Bolt hatchback, both at dealerships this summer.

“Buick is now entering its third decade in China – the world’s largest EV market – and will build on the growing popularity in China of the Buick Velite family of electric vehicles with three new Ultium-powered EVs, adding a new crossover and SUVs to the lineup,” Simcoe says.

He refers to GM’s Vertical Takeoff and Landing drone (pictured below), or VTOL, as GM’s first foray into aerial mobility. 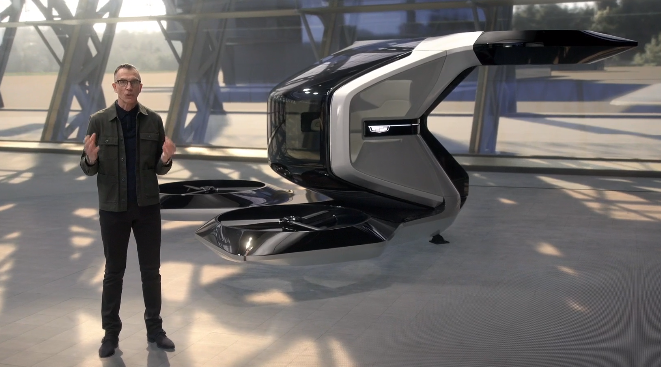 “We are preparing for a world where advances in electric and autonomous technology make personal air travel possible,” Simcoe says. “You’ve been at the office and now you need to get to a meeting across town. The VTOL meets you on the roof and drops you at the vertiport closest to your destination.”

The VTOL uses a 90-kWh EV motor to power four rotors as well as air-to-air and air-to-ground communications, he says.

Simcoe also discusses the new Cadillac Halo driverless shuttle concept that “provides a social space for a group of friends or family to spend time together on their way to a destination. It's a space for sitting back, relaxing and arriving in style.”

Pam Fletcher, GM’s vice president-global innovation, highlights the BrightDrop EP1, an “electric-propelled pallet that helps reduce the time and physical effort required for couriers to get goods from the delivery van to the front door.”

Goods are consolidated and loaded into EP1 at the warehouse based on their destination, while the EP1’s electric motor makes it easier for couriers to move around. The portable pallets can be tethered together for larger drops, reducing strain on drivers.

“Don’t be surprised to see couriers leading EP1s down our sidewalks in the next few months,” Fletcher says.

She also discusses the new BrightDrop EV600 electric van, which will be built on GM’s Ultium platform to provide up to 250 miles (402 km) of range. “It’s lightweight…purpose-built to carry BrightDrop EP1s.”

Fletcher says the first BrightDrop EV600s, which can accommodate the EP1 pallets (pictured below), will be delivered toward the end of this year. 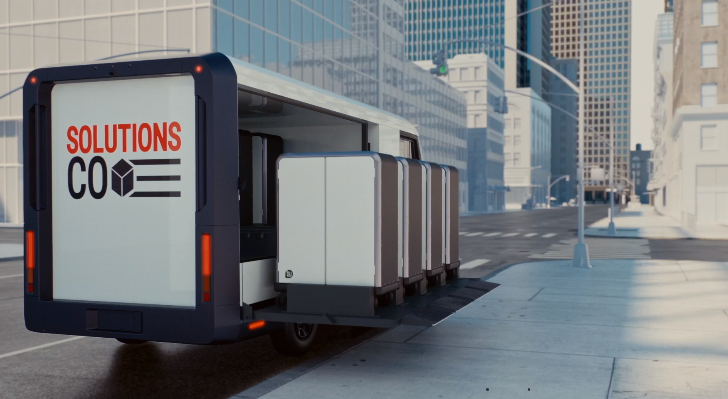