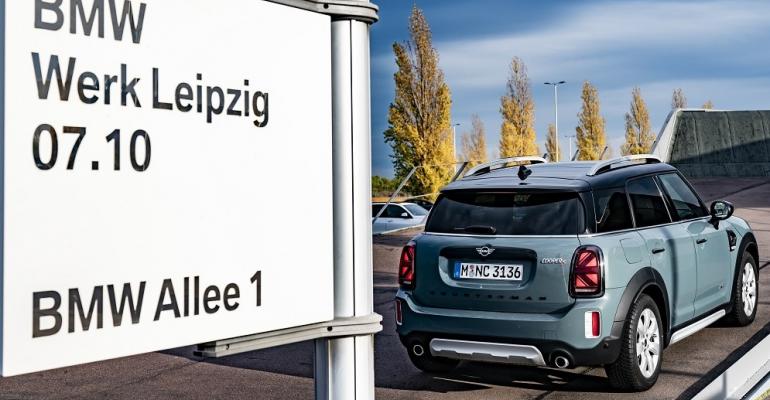 BMW is saying it will build its first “born in Germany” Mini in language that could herald the end of its U.K. manufacturing.

BMW plans to set up its first assembly line in Germany for its Mini sub-brand in what some would see as a hedge against a bad Brexit.

While Nissan already has warned the U.K. government continued production in Sunderland would be untenable if a zero-tariff deal on auto parts is not achieved after the country leaves the European Union, BMW is saying it will build its first “born in Germany” Mini in language that could herald the end of its own U.K. manufacturing.

It’s true that the automaker does not envisage the BMW Group Plant Leipzig in Saxony rolling out the successor to Mini Countryman until 2023. Nonetheless, the timing of the announcement ahead of the last few weeks of trade negotiations before the January leaving date will raise some industry eyebrows.

Mini models have been assembled in locations around the world including India, Malaysia and Thailand, and the first large-scale German plant with its own brand slogan could be seen as glossing over some of the U.K.’s claim to the birthright of the brand.

BMW says both combustion and electric versions of the car will be assembled in Leipzig, which has been the subject of an investment program to expand production capacity, including e-drive component assembly. The new car will come with a choice of front- or all-wheel drive, with gasoline or diesel engines or all-electric drive.

Hans-Peter Kemser, director of BMW Group Plant Leipzig, says: “Over the last few years, we have worked continuously to lead our plant into a successful future. This contract to produce the successor to the Mini Countryman gives us another major milestone to work towards. It is clear evidence of the company’s faith in our expertise and our site, and fantastic news for the future of our plant.”