“Project Blue Oval” is a companywide initiative that aligns with Ford’s target of using 100% locally sourced renewable energy for all its manufacturing plants by 2035 and achieving carbon neutrality by 2050.

With relatively little fanfare, Ford is pushing ahead with policies that emphasize “sustainability” and are meant to make the company’s sprawling operations carbon neutral no later than 2050.

Rolling out a $1 billion investment this month to expand production capacity in South Africa, Ford says part of the money will be used to develop renewable energy around its Silverton assembly plant there. Silverton will become one of the first Ford plants to achieve “Island Mode” status, becoming entirely energy self-sufficient and carbon neutral by 2024, the automaker says.

According to the UN World Commission on Environment and Development, “Sustainable development meets the needs of the present without compromising the ability of future generations to meet their own needs.”

The new investment in South Africa builds on “Project Blue Oval,” a companywide renewable energy initiative that aligns with Ford’s target of using 100% locally sourced renewable energy for all its manufacturing plants by 2035 and achieving carbon neutrality by 2050, according to Andrea Cavallaro, operations director-International Markets Group.

The first phase of Project Blue Oval is under way with the construction of solar carports for 4,200 vehicles at the Silverton plant, Cavallaro says.

Ford intends not only to achieve carbon neutrality globally by 2050 but also set interim targets addressing the challenge of climate change as it outlined in its 21st annual Sustainability Report, which was issued last summer after the automaker declined to join the Trump Admin.’s efforts to overturn California’s rules on fuel economy and greenhouse gas emissions.

To reach its goal, Ford is focusing initially on three areas that account for about 95% of its CO2 emissions: vehicle use, by growing the battery-electric share of the vehicles it sells; pressuring suppliers to move toward carbon neutrality; and ensuring the company’s various operations do not pollute.

Ford says it is spending $11.5 billion to develop BEVs such as the Mustang Mach-E, which will be manufactured in China as well as North America.

The automaker also intends to eliminate by 2030 all “single-use” plastics that cannot be recycled.

Ford has become the first corporate partner of The Copper Mark, the only comprehensive social and environmental assurance program for the copper industry. The initiative aligns with Ford’s goal of responsibly sourcing all raw materials used in its vehicles globally, the automaker says.

“We can develop and make great vehicles, sustain and grow a strong business and protect our planet at the same time – in fact, those ideals complement each other,” says Bob Holycross, Ford vice president-chief sustainability, environment and safety officer (pictured below, left). “We don’t have all the answers yet but are determined to work with all of our global and local partners and stakeholders to get there.” 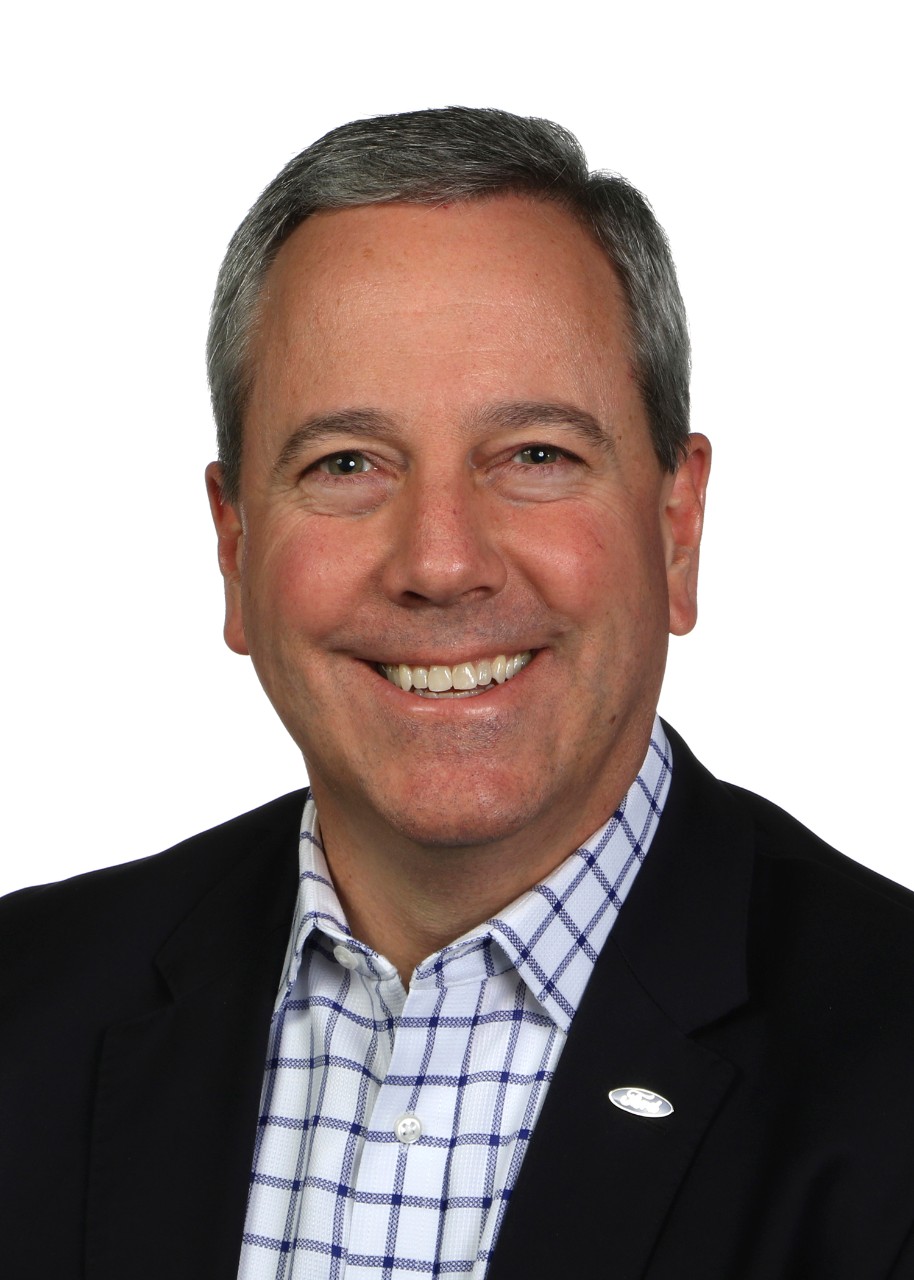 Ford says it already is using 100% renewable electric energy to power all its U.K. operations, the Craiova plant in Romania and all its facilities in Cologne, Germany.

Nonetheless, as the company’s report on future trends, Further with Ford 2021, observes, “For all the talk of commitment to sustainability in recent years, society’s current vulnerabilities have made it clear that being sustainable and staying sustainable are not always in lockstep.”

Ford is garnering recognition for its initiatives on sustainability.

The automaker’s efforts to cut emissions, mitigate climate risks and contribute to the development of a low-carbon economy have earned it a place on CDP’s Climate “A List” for climate change for the first time. The not-for-profit CDP runs a global disclosure system for investors, companies, cities, states and regions to manage their environmental impacts.

An independent Gold Medal Jury cited Ford’s commitment to transforming its culture and innovating across the business, from the production line to the design studio; its pledge to reduce its CO2 emissions from its facilities and vehicles, in line with the climate targets outlined in the Paris Climate Accord; and for a global carbon reduction strategy, the WEC notes.