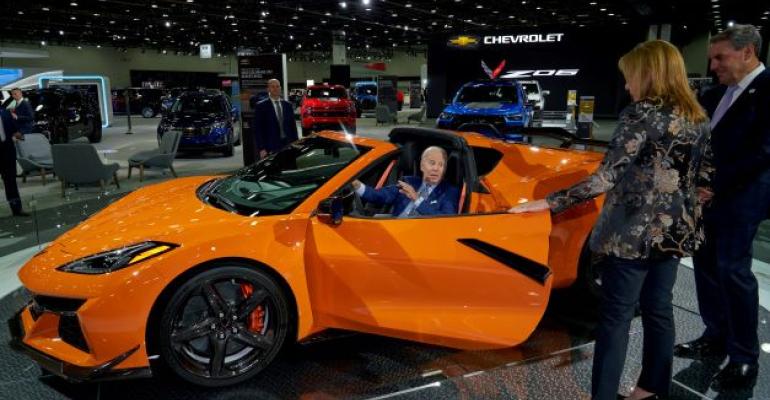 President Biden announces plans to install EV fast chargers no farther apart than every 50 miles in the interstate highway system.

DETROIT – President Biden appears at the North American International Auto Show to announce approval of an initial $900 million investment in electric-vehicle charging that is part of a total $5 billion investment included in the $1 trillion infrastructure bill signed into law last November.

The first wave of EV charger installation is aimed at putting fast chargers no farther apart than every 50 miles (80 km) in the federal highway system. Each new installation will have at least four charging ports capable of charging four vehicles at a time at 150 kW.

Biden, whose approval ratings have been languishing amidst inflation, high gas prices and new-car prices that have reached $48,000 on average, toured the show exhibits Wednesday at Huntington Place, flanked by Congressional Democrats from Michigan facing re-election this November.

“Charging stations will be up and as easy to find as gas stations are now," Biden says.

The $900 million investment will be channeled to 35 states and 53,000 miles (85,292 km) of interstate highways and is designed to eliminate so-called EV charging deserts and pepper the interstate highway system with fast-charging stations. Automakers and other proponents of accelerating EV adoption say that a leading impediment to buying an EV among consumers is fear of running out of power with no convenient fast chargers available. 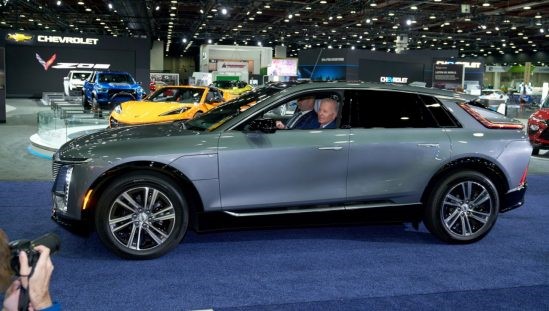 “Every few years, EV adoption studies show that price is the number-one obstacle to buying an EV, but a close second is range anxiety and charging time, so the federal plan is going to very important in achieving the comfort and convenience level that consumers are demanding,” says Michele Krebs, senior analyst, Cox Automotive.

The other issue hamstringing EV adoption is an alarming rate of disrepair of EV chargers. The federal program addresses this by requiring states, if they want investment to keep flowing, to achieve a 97% rate of at least one charger per station working at all times.

After the initial $5 billion investment is launched, there will be an additional $2.5 billion in grants available for states to build chargers in rural and other underserved areas.

This EV charger investment prioritizes U.S. production of chargers, which has spurred foreign-owned manufacturers to set up shop stateside. Tritium, an Australian firm that supplies fast chargers to Chargepoint, is building a factory in Tennessee that will provide 30,000 fast chargers a year. And Siemens is expanding its manufacturing in the U.S to produce 1 million fast chargers per year.

Biden a Frequent Guest in Michigan

Biden has visited the Detroit area several times during his 21 months in office, including taking test drives of the Ford Lightning battery-electric pickup and the Chevy Silverado EV.

The president, facing stiff headwinds in the November midterm elections, is out to shore up support for Michigan’s Congressional Democrats. The state’s House delegation is divided equally between seven Democrats and seven Republicans, though both senators and Gov. Gretchen Whitmer – also up for re-election – are Democrats.

The Biden Admin. has restored momentum around transitioning the auto industry from internal-combustion engines to electric which was derailed during the previous administration.

Biden also talked up an increase in EV purchases by the federal government. In 2020, less than 1% of new federal vehicle purchases were electric, but that more than doubled in 2021 and 2022. Federal agencies acquired five times as many EVs in the last fiscal year compared with the year before, according to the White House.