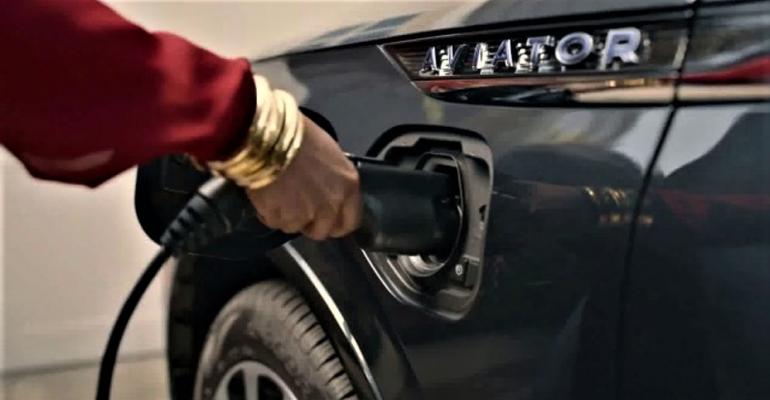 The Aviator ad leapfrogged from No.3 take the lead for the week of Sept. 27 with an estimated national spend twice as high as its next closest competitor, and it tallied double the impressions.

After topping iSpot.tv’s list of most-watched auto ads for over a month, Jeep steps aside to make room for a new frontrunner: Lincoln’s “Where Does The Stress Go” spot for the 2022 Aviator.

The Aviator ad leapfrogged from No.3 take the lead for the week of Sept. 27 with an estimated national spend twice as high as its next closest competitor, and it tallied double the impressions.

However, Jeep didn’t fall far, dropping to second place due largely to a 65% drop in estimated national spend, resulting in less than half the airings. Viewers still enjoy the spot titled “The Best Things,” though. According to iSpot’s Ace Metrix survey data, the ad’s visual scenes scored 21% over the norm as the “single best thing” about the ad, while overall watchability was 4% better than the norm.

Following Cadillac in third (rising a notch from No.4 last time) are two ads new to the list: Subaru’s “Go Further” and Audi’s “Progress.” Subaru bucked the industry trend by generating most of its impressions not from college or NFL football, but rather through news programming such as “The Rachel Maddow Show” and “The 11th Hour With Brian Williams.” Ace Metrix data scores the ad 6.1% higher than the industry norm for both attention and watchability, while its likeability rating is 9.6% higher.

Audi’s “Progress” ad, featuring actor/singer Janelle Monáe, clocks in at a full minute in support of its RS e-tron GT electric vehicle. The automaker leaned heavily on NFL programming for impressions, with 47.8% of its estimated national spend directed at Sunday games that delivered over 18% of the views.