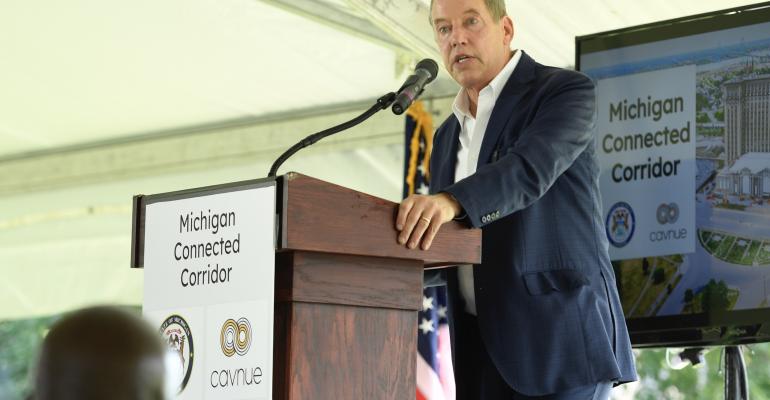 “We had a vision for making this a hub for mobility,” Ford Executive Chairman Bill Ford says.
Industry News

“This district will serve as an accelerator and make sure Detroit leads the way in the next revolution in transportation,” Bill Ford says. The goal is to establish the proper infrastructure for using connected and autonomous vehicles more widely.

Whitmer says the Michigan Corridor Project represents a “first-of-its-kind” right-of-way for connected and autonomous vehicles that will stretch along well-traveled Michigan Avenue from the center of Detroit to Ann Arbor, home to the University of Michigan.

Bill Ford says the new project will further a vision he first outlined two years ago when announcing plans to renovate the derelict Michigan Central Railroad Station, which sits just off Michigan Avenue and had become a stark symbol of Detroit’s decline. The automaker is moving forward with the $750 million restoration project, he says.

“We had a vision for making this a hub for mobility,” Bill Ford says. “We want to design solutions for the way people are going to move and to make them as convenient and as accessible as possible,” he adds. “This district will serve as an accelerator and make sure Detroit leads the way in the next revolution in transportation.”

Carolina Pluszczynski, Detroit’s development director of the Ford Michigan Central Mobility Innovation District, says the first phase of the project, the renovation of a building next to the station, is almost complete.  The district will become home to dozens of new firms, she says.

Duggan says industry observers assumed California’s Silicon Valley would define the future of mobility. But new commitments by companies such as Ford, Argo, Waymo and General Motors is ensuring Detroit’s central role in the coming revolution in transportation that will encompass public transit, Duggan says.

In developing the corridor, Whitmer (pictured below, left) says the Michigan Department of Transportation has awarded a contract to a new company called Cavnue, which was founded by Sidewalk Infrastructure Partners to build the road infrastructure of the future.

Jonathan Winer, Sidewalk’s founder and CEO, says Cavnue will prepare a detailed plan for the entire length of the corridor from Detroit to Ann Arbor.

While billions of dollars have been invested in vehicle technologies such as advanced driver-assistance systems and autonomous solutions, a small fraction has been spent on developing infrastructure to support and enhance advanced roads, Winer says. 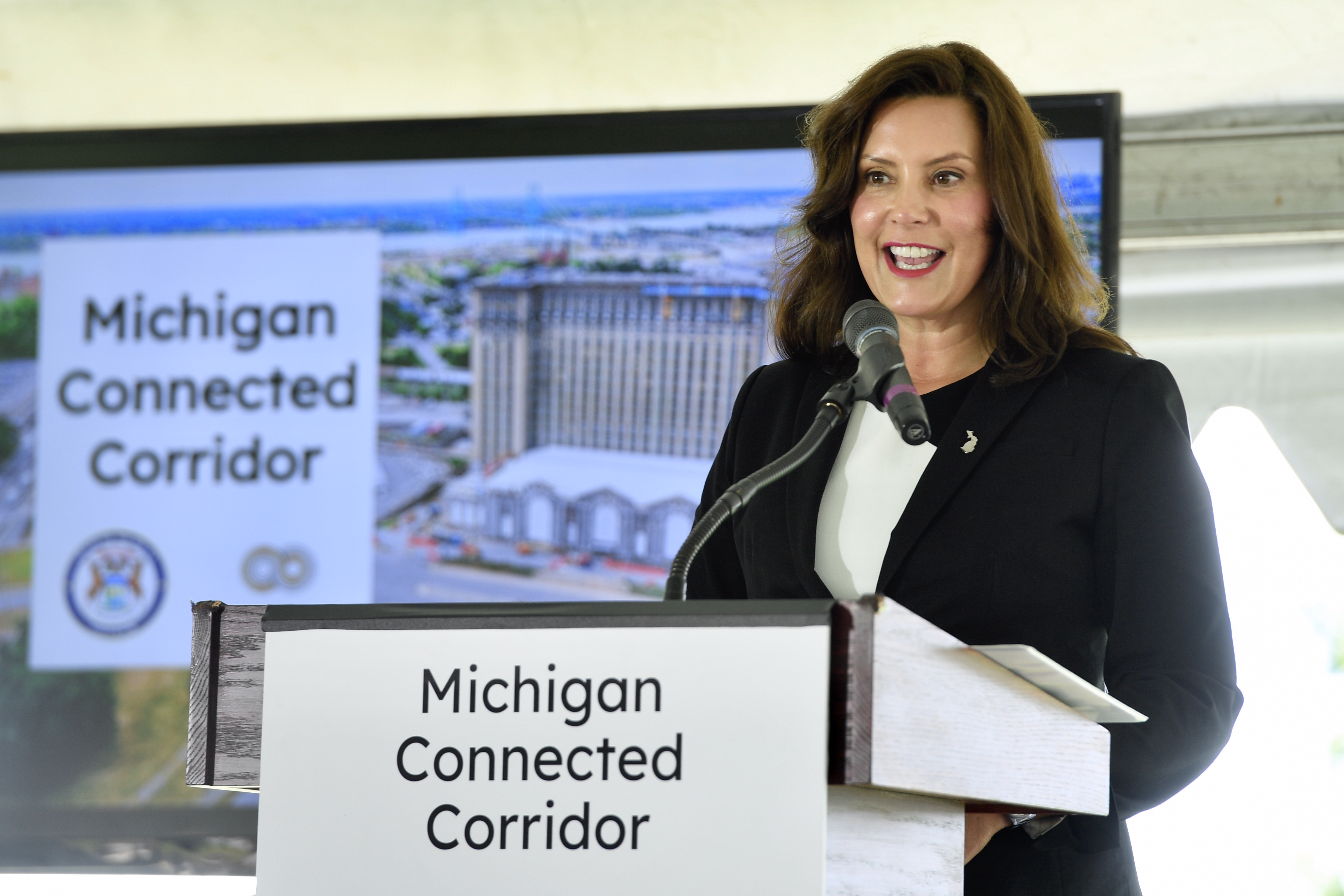 He says Cavnue is researching technologies that will power the world’s connected roads. A digital model of a roadway, Winer says, will allow for information sharing and real-time analysis of road conditions, while offering guidance to vehicles and drivers and supporting enhanced safety and efficiency.

The goal is to establish the proper infrastructure for using connected and autonomous vehicles more widely, Winer says.

Paul Ajegba, Michigan’s Transportation Director, says the project will help people get used to seeing autonomous vehicles on the road. Autonomous vehicles could serve as public transit in places where it does not exist or is spotty, officials say.

Contributing knowledge and expertise to the project will be the American Center for Mobility in Ypsilanti, local governments such as Dearborn, M-City in Ann Arbor and Detroit Metropolitan Airport, says Trevor Pawl, Michigan’s chief mobility officer.