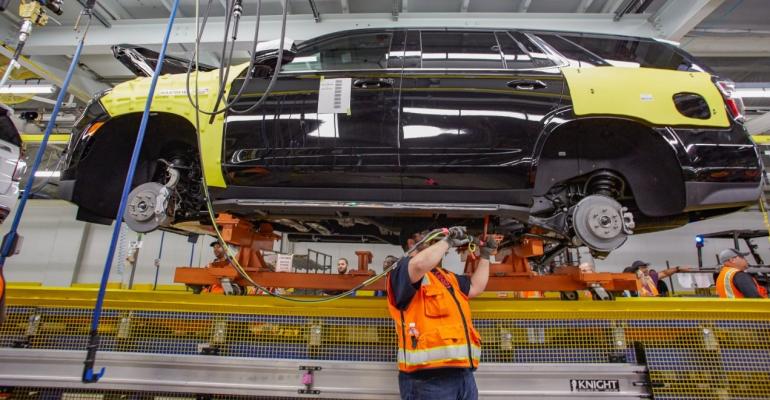 Automakers typically have redone models every five years. That could become every 10 years.

Automakers once vied to introduce redone vehicle models every five years or so, with midcycle refreshes along the way.

The thinking for the relatively rapid rotation: Fresh product rules the marketplace.

But expect auto companies to elongate those product cycles, both to save money and redirect resources to other initiatives, such as electric- and autonomous-vehicle R&D, trend trackers say during a Society of Automotive Analysts webinar.

Going forward, he foresees “seven to 10 years with midcycle updates.”

Automakers suspended production in the spring amid the COVID-19 crisis, fearing widespread infection among factory workers. Plants have reopened with health precautions taken. But OEMs in many respects are “still in the restart stage,” says Langley, who nonetheless is impressed by how adeptly factories have resumed operations. It hasn’t been as simple as turning the lights back on.

The temporary plant closures led to inventory shortages. That’s because even though production had stopped, sales didn’t, although they were way off compared with pre-virus projections.

COVID’s economic impact hit low-wage earners the hardest, he says, referring to the immediate outlook for new-vehicle sales. “They have not fully returned to the new-car market.”

In contrast, few high-wage earners ever left that market while middle-income people are coming back, Augustaitis says.

Many people of limited means who still once bought new vehicles will migrate to the used-car market, he predicts. “They are leaving the new-vehicle market. The most price-sensitive consumers are the most affected” by the economic damage the virus has wrought.

Although COVID may have accelerated the swing from new-car to used-car buying among some budget-minded consumers, the virus didn’t start the shift. New-car affordability sending many consumers to the used-car lot has been an issue for a few years now.

Riddell is bullish on EVs. “There are a lot of tailwinds,” he says while forecasting growing sales. “A lot of EV products are in the pipeline. Incentives continue. OEMs (particularly companies such as General Motors and Volkswagen) are heavy into electrification research and development.”