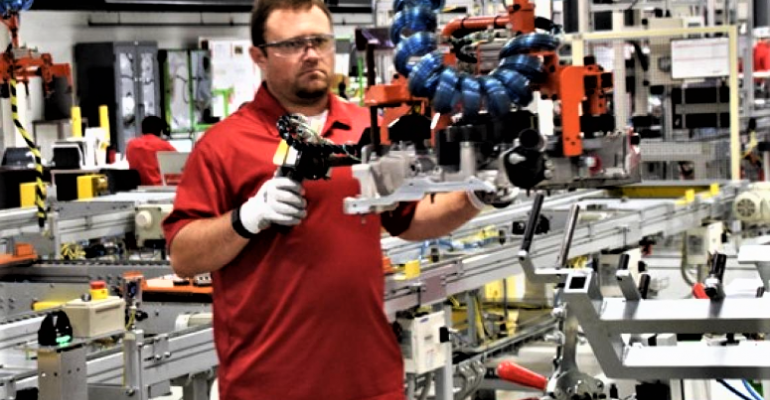 Auto Suppliers Bloodied, But Not Beaten

“We didn’t see the bankruptcies and restructuring that we expected,” says Kensington Capital’s Justin Mirro at a Society of Automotive Analysts event.

It’s been rough, but automotive suppliers – arguably the lifeblood of the industry – have weathered the COVID-19-related economic crisis fairly well, certainly compared with the battered shape they were in during last decade’s ravaging recession.

That doesn’t mean all is expected to be rosy going forward. Some balance sheets are out of whack. And strong suppliers are expected to gobble up weaker ones in expected consolidations.  But overall, suppliers are faring better than many people had feared.

Those are among views expressed during a Society of Automotive Analysts online presentation entitled “The Automotive Industry through the Eyes of Financial Experts.”

“We didn’t see the bankruptcies and restructuring that we expected” after the pandemic shut down the industry for two months earlier this year, says Justin Mirro, chairman and CEO of investment firm Kensington Capital.

He says, “Lessons were learned in 2008,” a recessionary year when many suppliers went bankrupt. A key lesson: Automotive companies must prepare themselves with adequate financial reserves to face potential catastrophes.

“The auto industry is resourceful,” Mirro says. “It has figured out how to do stuff in adverse conditions.”

They got some help this go-around, though. Federal emergency loans such as the Paycheck Protection Program (PPP) helped companies address liquidity issues. Such government aid has been critical to the supplier base, says Doug Winget, executive vice president at Huntington Bank. “Liquidity is paramount.”

Moreover, lenders, who do not always show forbearance for the financially disabled, demonstrated an understanding of the situation when the industry’s two-month production shutdown stopped supplier cash flow in its tracks.

P.T. Chong, managing director of PineBridge Investments, describes himself as “more somber” than fellow panelists at the SAA event.

He describes a timeline of how COVID, in addition to the damage to the public health it has done, bashed the economy in general and auto industry in particular.

“When it began (in early March), everyone said, ‘We’re behind you.’ There was goodwill. By the second quarter, the feeling was ‘How much do we need to get out of this?’ By the third quarter, everyone was looking out for their own interests.

“Now is the time of reckoning. Next year is the period of resolving, recapitalizing, rebuilding and restoring. A giant second government stimulus package will help businesses buy time.”

He foresees “merger and acquisition opportunities because of disruptions in balance sheets.”

Wybo agrees. “Some suppliers will not have balance sheets to bridge to a better day,” he says, adding, “OEMs will likely force more consolidation, requiring stronger suppliers to take over weaker ones.”

OEM-supplier relations have their ups and downs. Suppliers are sometimes doubtful of automakers’ sales projections and the consequent requested production ramp-ups.

So, when automakers predicted eventual growth in market demand for vehicles after the brutal sales drops of March and April, “some suppliers were leery,” Wybo says. “But the OEMs were right. There was a demand.”

Navigating through troubled waters and then stranded ashore during the production stoppage, “the auto industry did a great job coming back,” he says.

Winget adds: “The demand is not pulling back. The supplier base is active and in continued production-catchup mode.”

To Chong, however, “the biggest pitfall for suppliers is going too fast.”