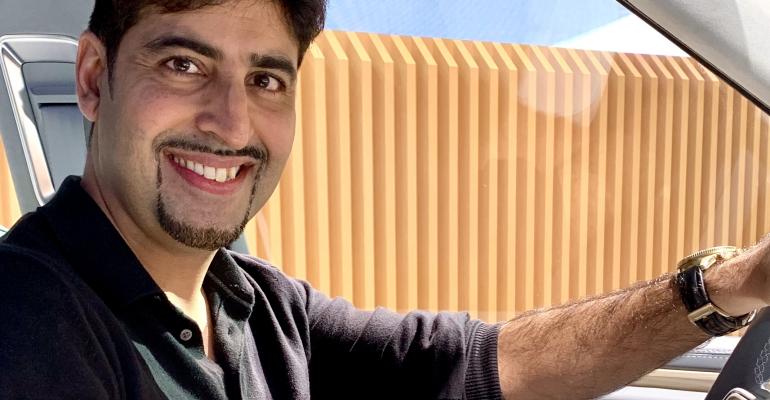 Zulf Ali’s father disapproved of his dream to be an automotive designer. How he finally won his dad over is quite a tale.

The design formula for luxury battery-electric vehicle interiors hasn’t changed much since Tesla invented it in 2013 with the Model S sedan: A minimalist cabin featuring a giant screen, eco-friendly materials and very few buttons or knobs. 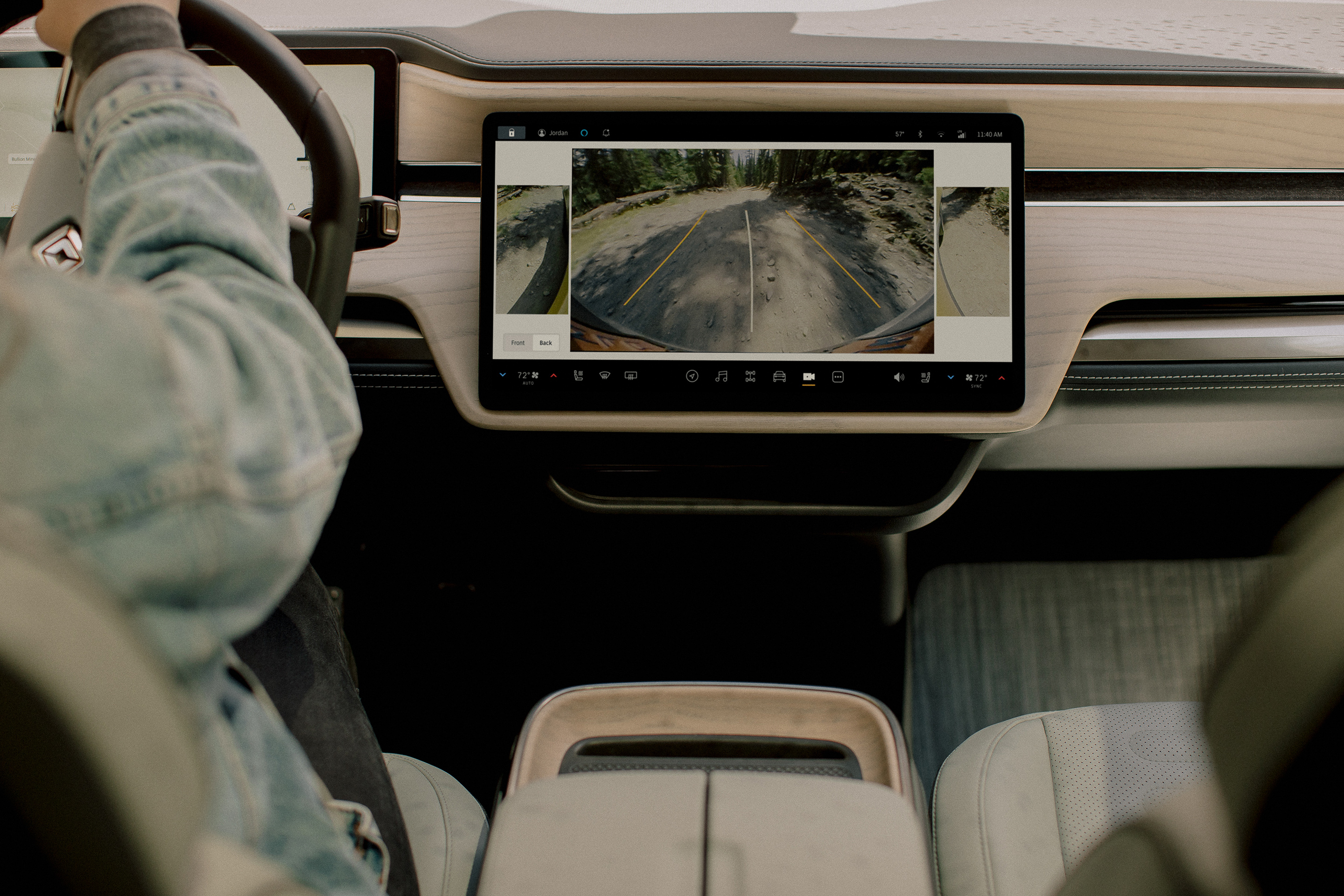 That’s not the case at Rivian, where the new R1T pickup truck interior was created by a design team that threw out the rule book.

Yes, the interior has a big central screen, and a digital instrument cluster, but it has a unique appearance that merges new technology with old-school style and luxury.

“The approach was to take inspiration from non-automotive. We did not want to look at what is currently happening in the automotive world,” says Zulf Ali, Director-Interior Design, Rivian during our recent Automotive Inspire video interview

“We decided to look at great American midcentury design that’s super timeless. We wanted to bring some of that in. If you look at Frank Lloyd Wright houses and Inge chairs, they have a sense of simplicity and a timelessness about them. They look like they were just designed, not 50 years ago.”

For instance, instrument panels traditionally are designed around the HVAC system air vents, which usually are prominent features. Rivian designers made the air vents invisible, creating a new look that is spiced up with real wood trim. 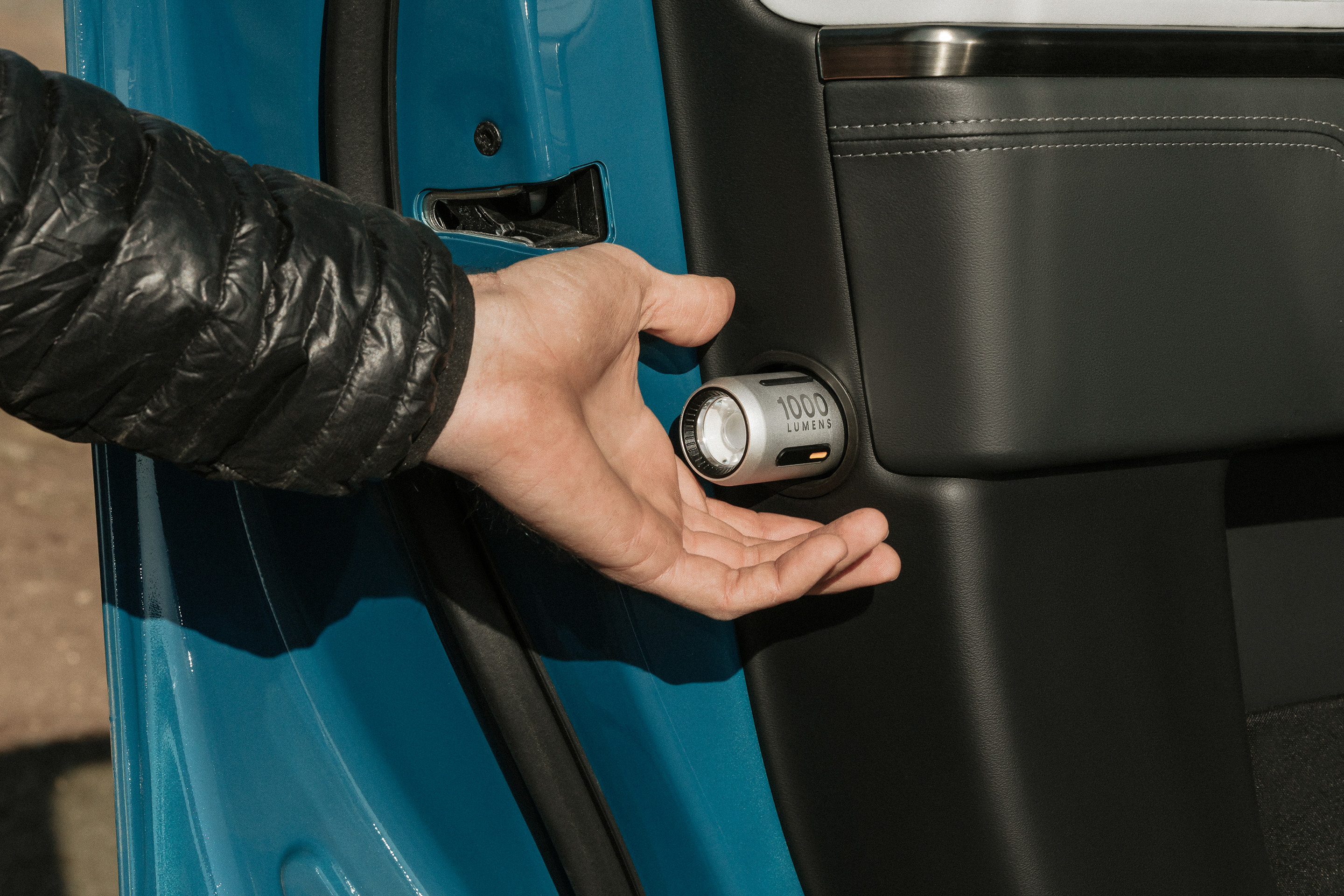 Another brilliant idea is a powerful flashlight that pops out of the edge of the driver’s door. It’s an idea likely inspired by Rolls-Royce, which stores an umbrella in a similar fashion.

“Owners are telling us they wish both doors had flashlights,” Ali says.

Among fans, the flashlights have become a key part of Rivian’s adventurous brand image because they are so accessible and helpful.

Vaughan, an author of six books on British luxury cars and a nationally known car collector, told us how he got started by sending sketches to top automotive designers when he was a teenager. The designers critiqued them, invited him to tour their studios, and a career was born.

This year we caught up with Ali, who has some amazing stories to tell too, including one about how he and his mother concealed the nature of his college studies from his father for four years because his dad insisted he become a doctor or an engineer.

Wards: When did you first get interested in automotive design?

Ali: At a very young age. I was surrounded by cars while I was growing up (in London). My father – I blame my father for my love of cars – he’d bring home Ford Capris, Datsun Zs, watching him work on them, spending quality time with him, getting to know vehicles…I was just mesmerized by the art, the beauty of it, the smell.

Growing up I didn’t know there was a career that you could potentially have in car design. It wasn’t until I was old enough to go to stores and open up car magazines and see all these renderings of new vehicles. Just looking at all these beautiful renderings and knowing there was an opportunity to be a car designer was super inspiring. My mom would always buy me Hot Wheels and Matchbox cars and that just added to the passion. Cars were everything.

Wards: Automotive design is an extremely competitive field. Sometimes parents or friends try to talk people out of this career path because it’s so difficult. What challenges did you face pursuing your career dreams?

Ali: Trying to convince my father starting from a young age was one of the biggest and most difficult parts for me. My father was very conservative, a pillar in the community and he was intent on me becoming a professional such as a doctor, lawyer or engineer.

Wards: How did you convince your dad you could make him proud by being a car designer?

Ali: It did take some convincing. For the longest time I hid the fact I was doing art and design at university. My mother supported me, had my back throughout and kind of covered for me. It wasn’t until I finished my final year at university that I actually told him what I was doing. It was one heck of a secret for a while. It wasn’t until I won the Rose Society of Arts Architecture Award.

I presented the award to him and invited him to the awards ceremony. After that it was all 100% support from him.

Wards: That’s a good lesson for aspiring designers. If you want people to support your dreams you must prove you can do the work at a high level.

Ali: That’s the nice thing about the creative field. You can actually physically see something. As difficult as it is to convince someone you want to go into a creative field, it’s actually easy to prove to them because you can show the fruits of your labor.

Wards: You’ve worked at several traditional automakers. What attracted you to Rivian?

Ali: As a designer you are always pushing the boundaries and trying to come up with something new. When it becomes repetitive it starts to wear on you. It’s like you are put in a box and you want to get out. I saw this opportunity with Rivian because No.1,  I believe in the electrification of vehicles and what they can do. The technology behind it is incredible. I wanted to be part of a team that was trying to make the world a better place. When I came to Rivian, looking at the (vehicle) packages, it allowed me to really push the boundaries like I wanted to in conventional vehicles. For example, electric vehicles don’t have transmission tunnels (the large hump in most vehicle floors) so you have all that space to play with. You can really push the boundaries and use the platform to your advantage. So when I came to Rivian, getting a clean sheet of paper is a dream come true.

It’s daunting, nevertheless. You are given a clean sheet of paper, but that means you are trying to establish a brand that doesn’t have anything you can pick from history and touch on it. But searching for a new face also is the most exciting part of the journey.

Little touches like the flashlight are another part of establishing the brand. We’ve also got removable audio system speakers that enhance the experience of camping, being with family and whatnot. They are parts of the ecosystem we’ve designed that enhances the owner experience.

Wards: What is the significance of the camp kitchen? (An electric grill that slides out from Rivian’s unique transverse storage tunnel behind the cab.) 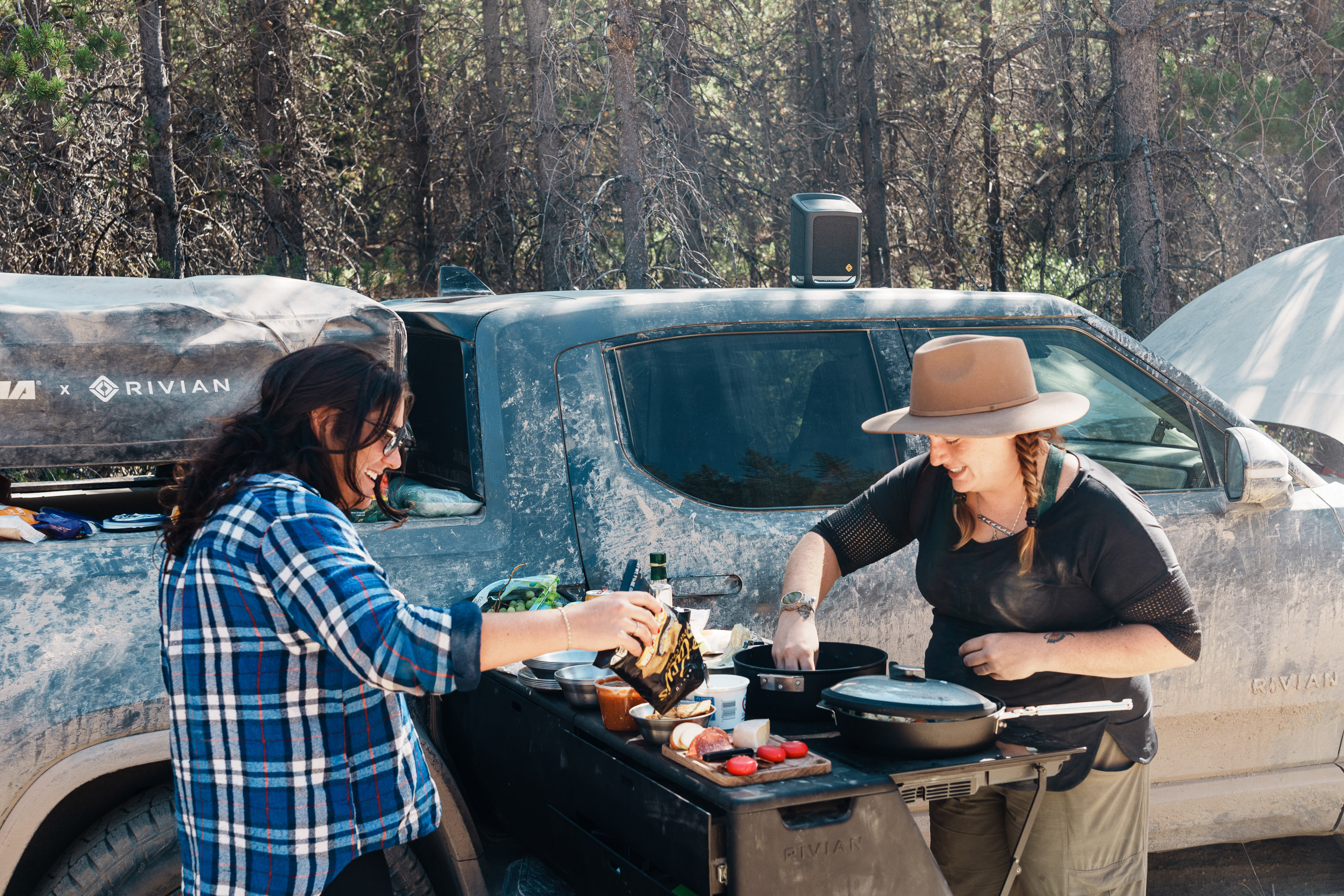 Ali: The camp kitchen is a classic opportunity of having an electric car platform. You could never ever do that with an ICE vehicle. You always have the transmission tunnel. Being able to design multiple options in that area, like the camp kitchen, it’s all part of the experience of people going out enjoying their lives and spending time in nature. That makes it a lifestyle vehicle, not just a pickup truck.

Wards: What was the thinking when you started designing the interior of Rivian trucks?

Ali: I worked on a few trucks in my past. The first thing we would do as we started to sketch interiors is look at the air vents and try to design around them because they typically are such dominant features. We’d usually make a huge feature out of them, but what the team here wanted to do was something completely different, so the vents were the last thing we were thinking about.

We wanted to design an interior that was uncluttered, that was No. 1. The truck is designed for off-roading with the windows down, the interior gets dirty. So having nice big bold surfaces that are easily cleaned is key. Sustainable materials also are part of the story. The vents were the last thing we wanted to think about. We wanted the vents to go away and make the tech be the forefront of the interior.

Wards: Has your dad had a chance to get into a Rivian yet?

Ali: My father is no longer with me, but my mother and my brothers have been super supportive. My father was alive when I started with Rivian, and we kept in touch on what I was doing before he passed away. I’m sure he would be proud of me today.