"You’d be hard-pressed to think of a part of the vehicle that consumers can see, feel or touch that I haven’t worked on,” says Richard Vaughan

The auto industry isn’t what it used to be. Gearheads still are welcome, but so are people with new skills and diverse backgrounds. The Automotive Inspire interview series showcases inspirational stories of people working within the automotive technology industry.

It’s difficult to imagine someone who knows more about automotive luxury than Richard Vaughan.

He’s written six books about Bentley, Rolls-Royce, and Aston Martin luxury cars. He designed the first fullsize luxury SUV, the 1998 Lincoln Navigator, which spawned an entirely new segment of huge luxury vehicles in the U.S. And he’s a nationally known collector of British luxury cars, from relatively recent models all the way back to the 1950s. But his biggest professional accomplishment is achieving something most of us only dream about: He’s turned his personal passions into a career. 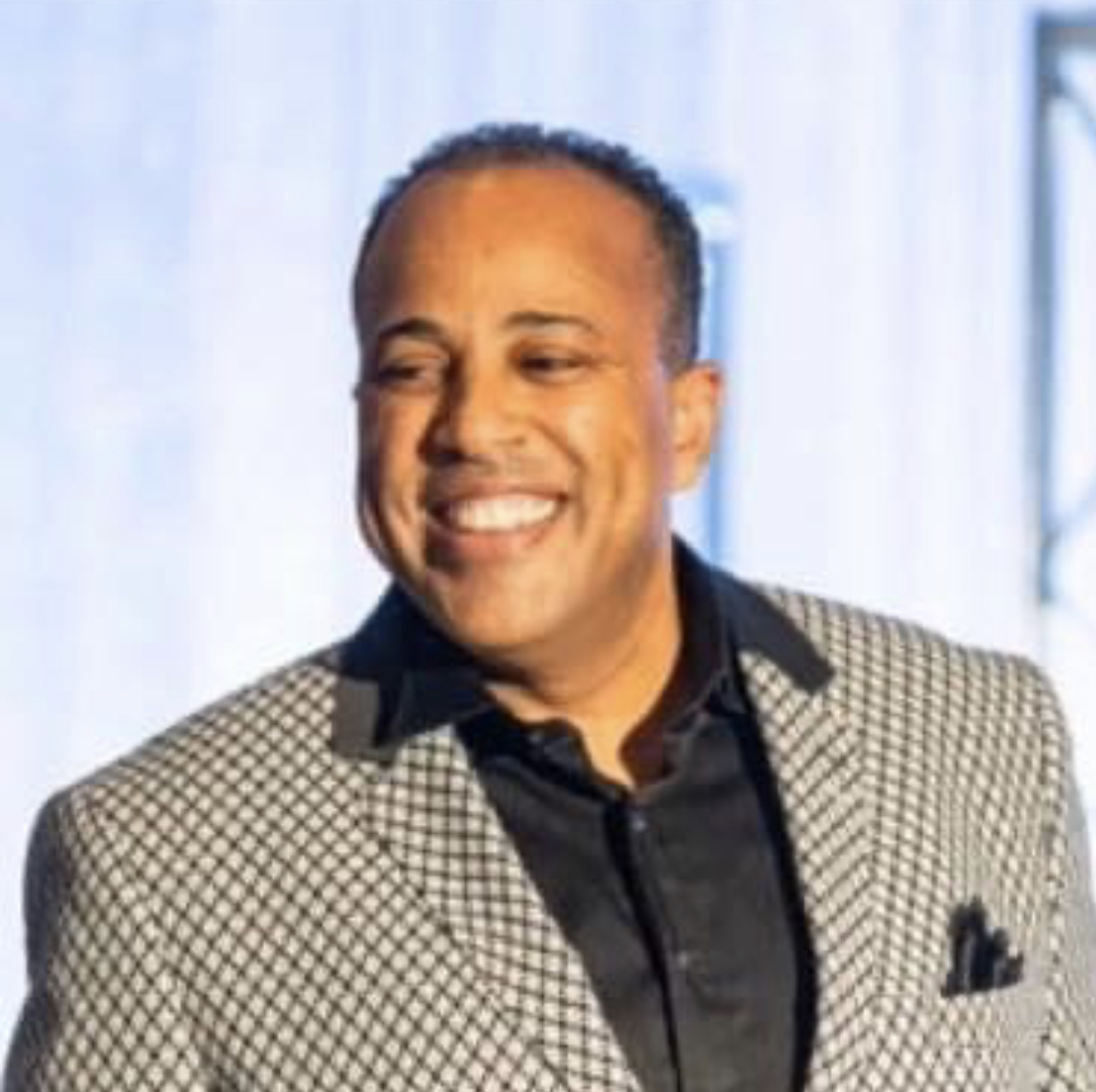 His day job is Director, Crafted Quality at EV startup Rivian, where he leads the teams responsible for perceived quality, design quality and craftsmanship for all Rivian vehicles and adventure products. It’s his job to make sure every inch of real estate in a Rivian vehicle oozes the same attention to detail as the best luxury vehicles in the world.

In addition to his expertise as a vehicle designer and luxury aficionado, he’s spent years working at Tier 1 suppliers, where he’s become expert in what he calls “the business of design,” which involves not only creating beautiful objects, but also knowing how to design them so they can be cost-effectively mass produced and meet production deadlines.

Last year, he caused a bit of a stir at an Informa Tech conference when he told attendees Rivian’s electric pickups and SUVs are being benchmarked against Lamborghini, Bentley, Lincoln and Audi, adding Rivian’s goal is to become “a world leader in quality.” He spoke of the visual allure of rich textures, the tactile appeal of solid-feeling haptics and the auditory draw of “sounds from moving parts and sounds generated by user interfaces.”

These are the things that have fascinated Vaughan his entire life, from being an actual luxury vehicle designer to working in the supplier community developing digital displays and human-machine interfaces.

“I can’t think of a time when I wasn’t totally excited about cars and I think the earliest pictures of me in diapers with a pacifier are standing in the seat of my father’s 1968 Camaro holding the steering wheel pretending to drive,” he says during a recent Automotive Inspire interview.

By the time he was 5 he was drawing cars all the time. When he was 14, someone gave him a copy of Ebony magazine (a major monthly magazine focusing on news relevant to the African American community) featuring a story on Black car designers who were rising through the ranks at automakers.

It featured McKinley Thompson Jr., the first African American automotive designer in the U.S. and the first at Ford Motor Co. where he worked on the early generations of the Ford Bronco, Mustang and numerous other vehicles; and Edward Welburn, who was manager of the Oldsmobile design studio at General Motors. He would become the head of Global Vehicle Design at GM from 2003 to 2016, the first African American to hold the post once held by industry legends Harley Earl and William Mitchell.

“When you’re 14, you don’t know the things you can’t do and you’re not supposed to do,” Vaughan says. “So I thought, I’m going to write all these people letters.”

He sent them letters, enclosed sketches and they wrote him back, along with critiques of his work. After about a year of correspondence, Welburn invited him to Detroit to tour GM design studios and learn about careers in automotive design.

Vaughan credits much of his success to “the kindness of strangers” from people such as Welburn who encouraged and inspired him.

After nearly 10 years at Ford during the early part of his career, Vaughan spent 17 years at Visteon, a big Tier 1 supplier, and then Canadian supplier CGT before joining Rivian in 2017.

During those years he started designing electronic systems, screen graphics and user interfaces as they became crucial to future vehicles, giving him a more holistic perspective on vehicle design.

“I’ve worked in the design studio as a designer, I’ve done exteriors, interiors, I’ve designed electronics and user interfaces and I got into perceived quality and craftsmanship, where I’m working today at Rivian. You’d be hard-pressed to think of a part of the vehicle that consumers can see, feel or touch that I haven’t worked on.”

He's also amassed an impressive collection of British luxury cars which he displays at numerous car shows and informal Cars and Coffee events. He shared three of his favorites during his Auto Inspire interview: a 1957 Bentley S-Series (pictured  below); a 1967 Bentley T-Series and an Aston Martin Lagonda that looks like a perfect 1980s car but actually was introduced in the 1970s and was far ahead of its time. Each represents the era in which they were created he explained. 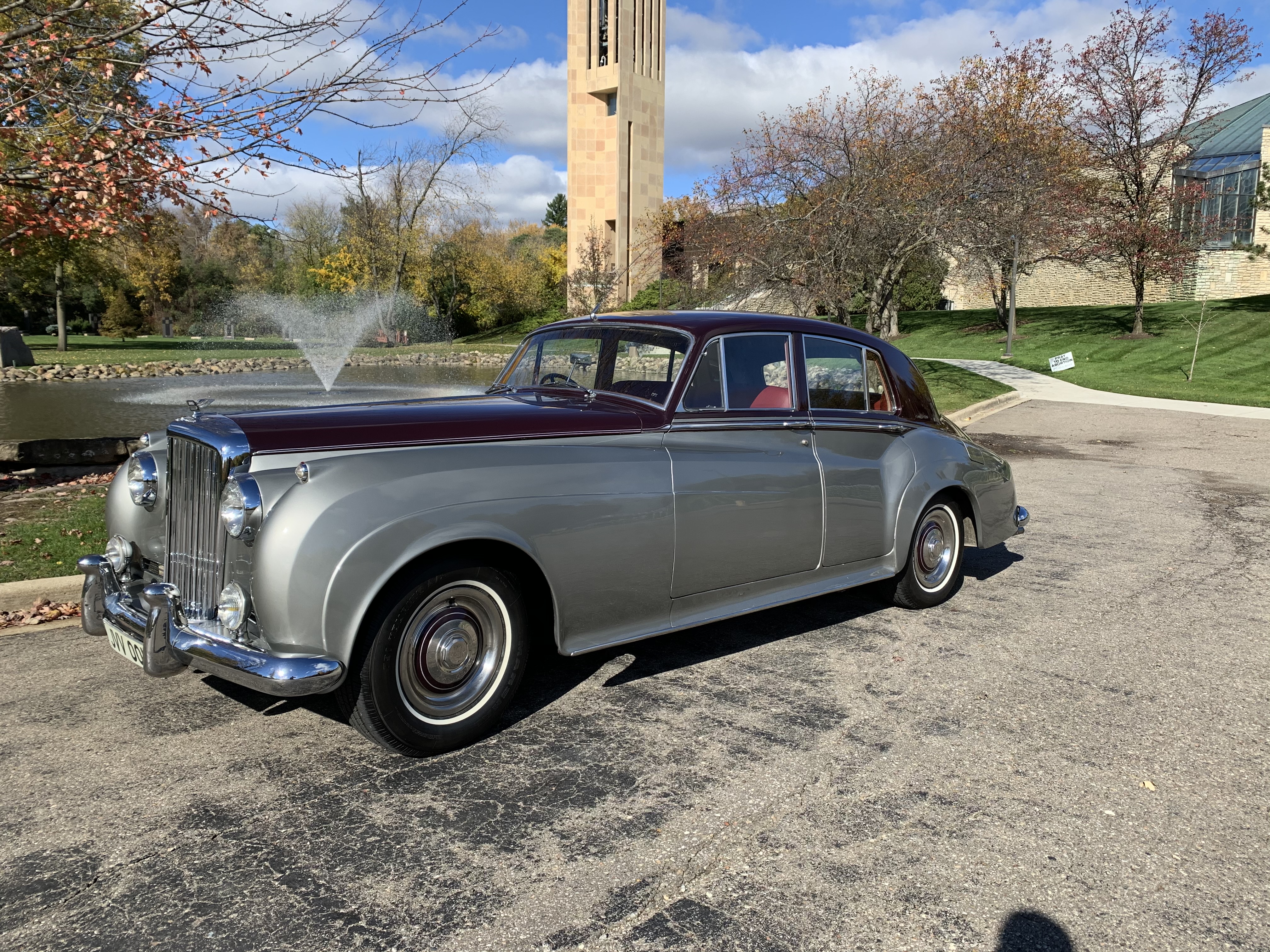 Vaughan’s years in the supplier ecosystem also helped him hone his skills in what he calls “the business of design” which involves not just creating beautiful sketches, but also understanding engineering, manufacturing and the financial side of the business.

“The business of design is more than just design. It’s communication and talking to people and understanding things that are not in your area of expertise and getting on the same page with the other people you are working with,” he says.

“I ended up in a different side of the business, but so far for me it’s been awesome to have been a part of every aspect of the creation of a car,” Vaughan says.

“I think about it now because Ed Welburn became vice president of global design for GM and became a hugely important person, and yet he took the time to communicate with a kid he had never met. It had a big influence on me and so here I am now.”

Other people who have gone out of their way to help and mentor him include Julie Fream, who was an executive at Visteon when they both worked there and now is president and CEO of the Original Equipment Suppliers Assn.

“I learned a lot from Julie about managing people: understanding people and how to motivate them, and how not to get in their way,” he says.

Another key mentor is Ford Executive Tim Yerdon, who was Vaughan’s boss when they both worked at Visteon. “I learned from Tim how to manage surviving the corporate world. You can’t overstate the importance of learning to have emotional maturity in business situations,” he says.

In addition to the people who have helped him personally, Vaughan mentions famous names such as Italian designer Giorgetto Giugiaro, but adds, “It’s just as important to learn from the people around you.”

The extraordinary help and friendship he received from industry luminaries and the people working with  him provided enormous confidence to him as a teenager and as a design executive moving up the ranks. But on an everyday basis, the automotive industry still can be a difficult, lonely place for a person of color, he says.

Through the decades of his career, he’s usually been the only Black person in the room during meetings and on the various teams he’s worked on, which sometimes has led to misunderstandings and painful situations.

Lack of diversity in the auto industry “presents a lot of challenges” to people of color, he says, and he doesn’t see major changes coming quickly because of the enormity of the task, even though the industry is implementing major diversity initiatives.

“It’s really sad (not having Black co-workers) and it presents a lot of challenges. Getting through that has required a (high) level of patience and perseverance and the ability to step back and not be personally invested in some situations,” Vaughan says.

Even so, he advises young designers – especially young Black designers – not to be discouraged and to start chasing their dreams early.

“When you are young, people will open doors for you that are definitely closed to you as an older person,” he says.

“When I was 14 and could write a letter to Ed Welburn, he’d look at my stuff and say ‘Hey, come visit GM and I’ll show you around.’ You don’t get to do that when you are 24.”