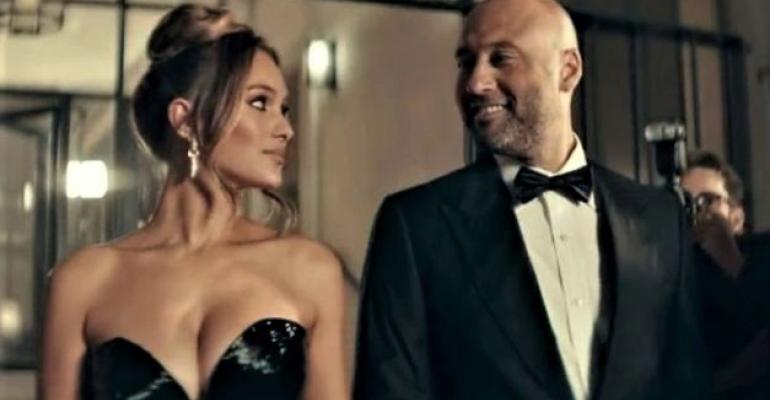 Following a brief absence from iSpot.tv’s weekly ranking, Jeep’s “Eyes Wide Open” surges back in with the most TV ad impressions of any automaker spot from Nov. 28-Dec. 4. Nearly 14% of the spot’s impressions were delivered by NFL action, with another 12.9% attributable to Today.

According to iSpot’s survey-based Creative Assessment, the ad – featuring Derek and Hannah Jeter – was 8% more likable than the average automotive ad, and 6% more watchable.

Subaru places two separate ads in this week’s ranking, both shining a spotlight on the brand’s Share the Love Event. iSpot’s Creative Assessment shows “Portraits of Love” garnered 13% more attention than the norm for automakers. The spot, which focuses on Subaru’s charitable activities, scored highly among those surveyed in terms of emotions such as “heartfelt.”

Honda’s “Dream Onward” moves from No.1 to No.4 in the ranking, while remaining heavily invested in football. Nearly 36% of the spot’s TV ad impressions for the week were attributable to the NFL or college football. The ad also saw 90% brand recognition (i.e., the percentage of viewers who remembered it was a Honda ad after watching it) – well above the auto industry norm of 79%.

At No. 5, Lexus’s “Time Machine” prioritized cable networks for 87% of its TV ad impressions on the week, while appearing during men’s college basketball games and the World Cup (among other programs). Survey respondents shared that the spot was 9% more likable than the norm for automakers, with the commercial’s narrative and the RX SUV’s “upscale” appearance prompting the most emotional resonance.

Attention Index - A comparison of the ad’s Interruption Rate against your specific media placement. The Attention Index is measured on a scale of 0 to 200, where 100 is the average and means the ad is performing as expected.