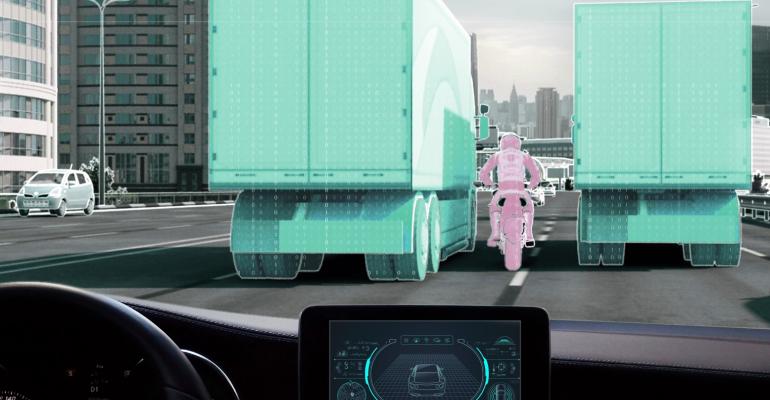 Considering all the progress autonomous mobility aims to achieve, it is surprising that ADAS technologies today are still tethered to legacy analog radar technology.

In recent decades autonomous driving and advanced driver-assistance technologies (ADAS) have been touted by many as the future of mobility. Whether it is the transport of ourselves and our families, or the delivery of goods and services, we’re constantly finding safer, more efficient ways to move about the world.

But there have been serious setbacks in the push for autonomous mobility, and many casual observers might be wondering why self-driving cars aren’t already in the driveways of most consumers, or why autonomous delivery drones are not yet sighted with regularity.

The ultimate answer is that we have been leaning on outdated, expensive or inadequate technologies, and our failure to embrace newer, higher-performing digital solutions at our disposal has compromised efficiency and safety.

Considering all the progress autonomous mobility aims to achieve, it is surprising that ADAS technologies today are still tethered to legacy analog radar technology, one of the critical limitations of which seems to be the very antithesis of real advancement toward autonomy.

In addition to a number of troubling accidents and casualties due to automated ADAS errors, these systems simply aren’t delivering on what consumers expect them to do: be safe.

In 2020, AAA released an exposé that raised serious concerns about the shortcomings of automatic emergency braking (AEB), a standard safety feature in many vehicles on the market today. Cars from credible manufacturers such as Toyota, Chevrolet, Honda and Tesla all failed AAA’s evaluation of the pedestrian right-hand turn, which should cause ADAS developers to strongly reconsider the performance of these technologies and the government to mandate more stringent testing for cars to be on the road.

The failure of AEB and other crucial ADAS features is largely due to a limited field of view and the analog radar’s poor signal-to-noise ratio resulting in missing the target. However, removing radar from the vehicle, as some have suggested, is not the answer.

Radar is critical to determining velocity and distance an object or human being is from the vehicle, especially at night and during harsh weather conditions; cameras are just not good enough to be safe. In fact, in the AAA evaluation, cameras were in the cars. What’s needed now more than ever is a fundamental shift toward digital radar systems.

More specifically, ADAS technologies need advanced sensing capabilities that can only be achieved using powerful digital solutions. Sensing features are the bread and butter of these systems. The robustness of a vehicle’s perception sensory abilities determines how accurately it perceives its surroundings, and subsequently, how well it maintains control in a number of potentially dangerous situations. Simply put, the better the sensors, the better the input is into the algorithms vehicles rely on for safety.

The less-than-optimal resolution of analog perception systems in vehicles today has already proved to be a liability, and the sheer lack of contrast puts both drivers and pedestrians at considerable risk.

For example, current ADAS systems often fail to identify the presence of pedestrians alongside parked vehicles or crossing in a roadway, especially small children. The accuracy of these systems is not much better in controlled environments, so we can’t – and shouldn’t – trust today’s sensors will see what’s there in a potentially life-threatening pinch.

By contrast, digital radar has 16 times better resolution and 30 times better contrast, providing the power to sense moving or standing objects, large or small, at both short and long distances. It can detect a child running into traffic from behind a truck that a human driver is likely to miss.

In addition, each digital radar has its own unique code embedded into the signal it transmits, minimizing the negative effects of mutual interference from other radar sensors potentially resulting in inaccurate data being fed into the perception algorithm.

We don’t have to wait another several years to start saving more lives. This technology will enable safer and more effective ADAS systems in cars you can purchase as early as next year.

Emphasizing and cultivating digital solutions might be the best path forward in advancing autonomy; the only thing missing is more public education about how these technologies work and why it matters. The truth is, consumers are still not sold on the safety of ADAS, and many are afraid of fully autonomous vehicles. But then again, who could really blame them?

A lack of knowledge as to how the inefficiency and failings of analog-based ADAS technologies are being mitigated with digital radar is an oversight that needs addressing. Going forward, we remain confident that once the benefits of this critical transition start to be experienced directly across the board, we’ll begin to see renewed excitement about the future of ADAS, and ultimately be that much closer to reinventing mobility as we know it.