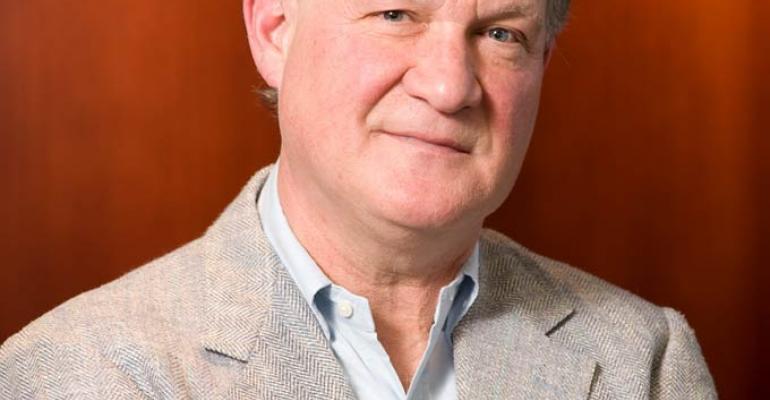 Turn Off Showroom Lights to Show Off Lighting

Some automotive people think there&rsquo;s a better way to demonstrate the allure of modern ambient lighting than on a car lot at high noon.

Imagine showing a dealership customer the finer points of a vehicle’s interior while the car is in a darkened room.

Salesperson: “The seat leather is of the finest quality, and the French stitching is of utmost craftsmanship.”

Customer: “But I can’t see anything.”

Salesperson: “Trust me, if you could see it, you would be impressed.”

Fortunately, that’s not how it works, at least not with that aspect of the feature presentation.

But imagine a salesperson trying to show an upscale shopper the creative ambient lighting that makes many of today’s car interiors so warm and alluring at night. Does it make sense to try to show that selling point under the bright lights of a showroom? Of course not. But there’s no demonstration “darkroom” for that at dealerships.

That may be about to change, though. Auto suppliers such as Hella offer the latest in automotive lighting, both inside and outside cars. They think there’s a better spot to show off the wonders of modern lighting than on a car lot at high noon.

Just as a dealership needs well-lit areas to highlight interior quality, it needs a spot of darkness to show the glow of ambient cabin lighting. Dealerships have plenty of the former areas, but rarely the latter.

That’s why Hella and others are urging certain dealerships to use simulators or create a dimmed display section to create a nighttime effect for daytime shoppers.

Use of ambient lighting is expanding from premium vehicles such as the Audi A8 to higher-volume segments. Chrysler touts tasteful touches of illumination on the instrument panel and elsewhere in the all-new Dodge Dart compact.

Ambient lighting “sets a mood, comes in different colors and can be used to highlight a brand,” says Martin Fischer, CEO of Hella’s electronics division in the Americas. “The move is towards using multiple lighting to create an atmosphere.”

To do that even more dramatically, Germany-based Hella is making greater use of light-emitting diodes, he says. “LED gives you more control in concentrating the light where you want it.”

In the works are systems that allow car owners to personalize interior lighting, including colors and areas of the car they may wish to illuminate.

Hella also is offering LED headlamps in more vehicles. Not only do they shine better and more efficiently, they also give stylists greater freedom to make a design statement.

Upscale headlamps resemble cut crystal, and LED allows for artistic expression, as evidenced by the Audi A6’s and A8’s swooping running lights. They help define the pedigree and personality of a car.

“Many consumers are willing to pay to get that signature lighting,” Fischer says. “To such owners, it is a big deal. It makes them feel recognized as someone driving a nice car.”

Unlike ambient interior lighting, it is easier to show the full dramatic effect of premium headlights in a dealership showroom, Fischer tells WardsAuto. “The lighting intensity is greater with headlamps.”

Such equipment goes deeper than merely looking cool; LED headlights cast a greater illumination without blinding oncoming traffic. Also helping with that is an active headlight system that uses sensors to widen or narrow the illumination, depending on traffic conditions.

“If there is oncoming traffic, the headlights swivel to create a tunnel of light and open up otherwise,” Fischer says.

LED is expected to replace high-intensity discharge headlamps that once were considered the next big thing but criticized for casting an eerie blue glow that looked more fitting for a nightmarish drive on Elm Street than a summer-night cruise down Main Street.

On display at Fischer’s office are a couple of vintage auto headlamps that he picked up on the antique market. Those early 20th-century relics relied on acetylene and oil for illumination. Fischer’s pair makes for conversation pieces. But they also shed light on how far things have come.